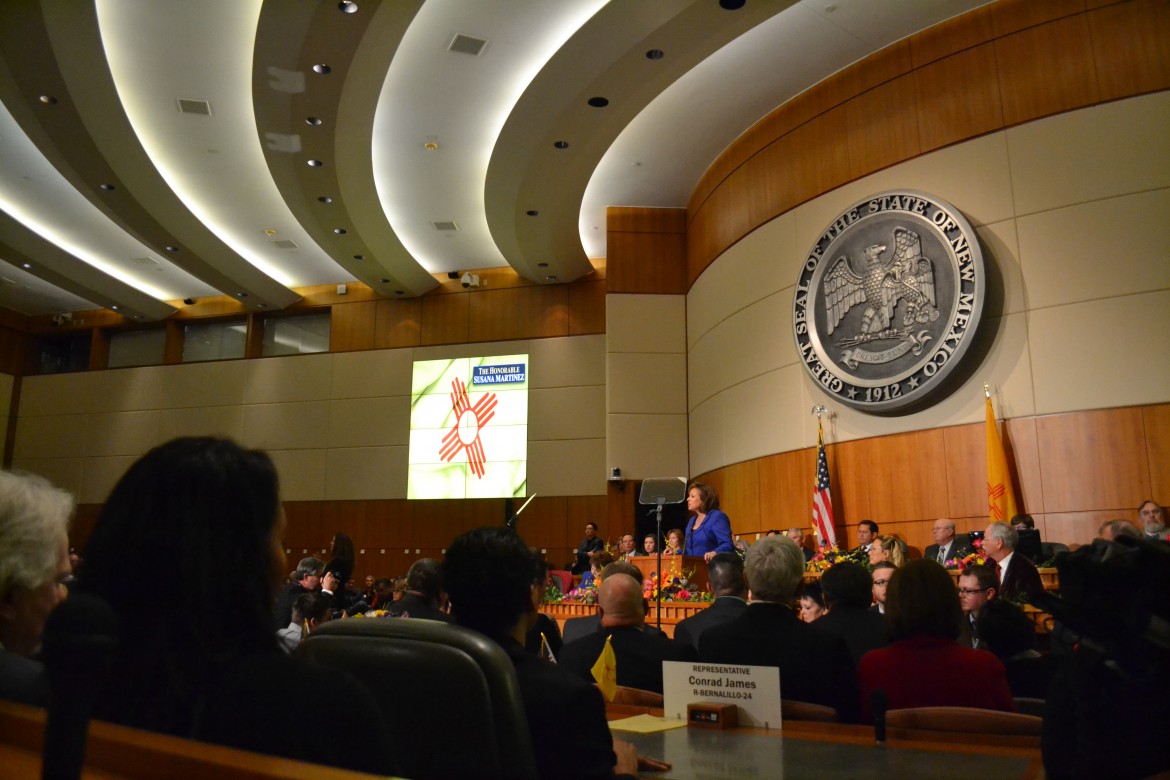 A budget that is smaller than the previous year’s for the first time in years is now law. Gov. Susana Martinez signed the budget bill into law on Monday.

Martinez did not hold a press conference, but did announce she signed the budget when speaking to a crowd of businesspeople in Albuquerque.

The budget is approximately $6.2 billion in all. Legislators originally thought they would have new money to spend, but instead ended up cutting funds because oil and gas prices plummeted and continued to stay lower than originally projected.

Oil and gas revenue makes up a significant part of the state’s budget.

“In response to persistently low oil and gas prices, which continue to have an impact on our state revenue outlook, this budget appropriately reduces spending in the current fiscal year across most agencies of state government and reduces agency base budgets for fiscal year 2017 as well,” Martinez wrote in her signing message. “These are responsible steps, and as we move forward, our agencies will work diligently to cut costs–curbing hiring, examining contracts, reducing travel, and taking a number of other steps that can help bring down spending in the months to come.”

Martinez also wrote that she “used my line-item veto authority very sparingly in this legislation.”

One major veto came from portions to give the executive branch authority to reduce funding if legislative finance committee staff and Department of Finance and Administration staff find it necessary because of the budget situation worsening; Martinez vetoed this, saying, “the Executive and Legislative branches must work together to revise the budget if needed to address a major revenue shortfall; the vetoed part would have put the burden on the Executive to unilaterally develop a plan to discharge this joint responsibility.”

This provision was included by the Senate Finance Committee to allow the executive branch to make decisions and avoid calling the Legislature in for a special session to deal with the budget.

While she acknowledged that the current situation was difficult, the governor expressed optimism at the end of her signing statement.

“I strongly believe that our insistence on restraining government growth and building up a strong reserve has placed us in a better position to tackle the revenue challenge currently before us,” she wrote.

She also signed HB 311, a piece of legislation that transfers funds from various different state funds into the general fund.

She line-item vetoed a portion of that legislation that would transfer $14 million from the Economic Development Department if reserves drop below five percent.