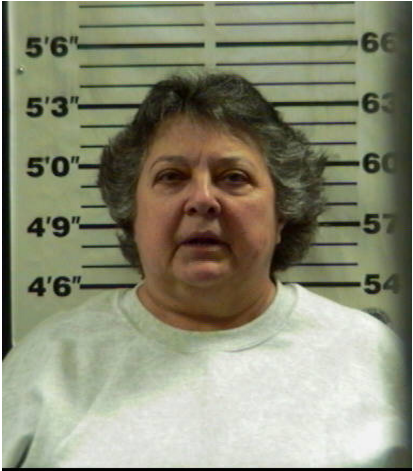 NM Political Report had already reached out to Erlinda Johnson, Duran’s attorney, for confirmation but was told Johnson was in a trial. We will add any comment by Johnson to this story when we receive it.

Duran sought to reduce the amount of public speaking requirements and the amount of community service required as part of her sentencing.

Johnson argued in the now-withdrawn motion that the weekly public speaking requirements were “more akin to public shaming than to anything related to her rehabilitation” and that doing so “will endanger Ms. Duran’s life.”

The Attorney General’s office said that the threats were “not credible” and as for the public shaming, cited the case of Jon Jones, the former UFC light heavyweight champion. As part of his sentencing for a hit-and-run, Jones needed to speak to complete 72 speaking engagements in 18 months; that works out to four a month.

“The Office of the Attorney General noted our opposition to Ms. Duran’s motion, as filed with the court, and we are pleased with this outcome,” a spokesman for the office said in a statement to NM Political Report.

Duran also hoped to get the amount of community service hours, 2,000, reduced by half. She said that there were not enough opportunities in rural Tularosa, where she lives, to complete the community service without hardship.

The AG’s office argued in that situation that others who live in rural areas are able to complete the community service obligations of their sentencing.

Judge Glenn Ellington had set a March 11 date for a hearing on the potential reduction of the sentencing.

NM Political Report noted last week that it would likely be a hard sell to Ellington, as he imposed the conditions that Duran objected to in addition to the plea deal that Duran reached with the office of Attorney General Hector Balderas.

Duran served 30 days in jail. She kept her pension because a law that many thought would allow prosecutors to strip her of the pension she accrued from her time in public office and as a public employee actually had no teeth.

Efforts to strip the pensions from public officials or employees who are guilty of corruption offenses failed in this year’s legislative session.