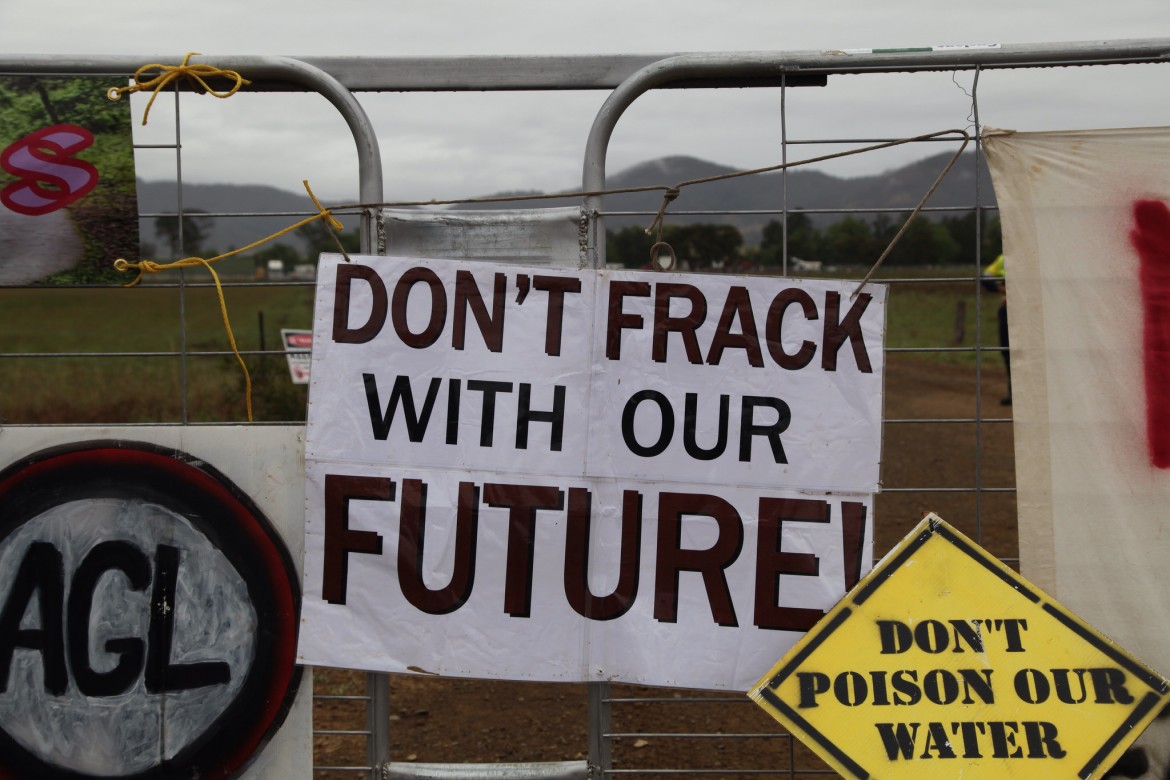 Eleanor Bravo is a resident of Corrales and the Southwest Organizer for Food & Water Watch.

My New Mexico community just stood up to the fossil fuel industry – and won. As an organizer, I’ve been fighting oil and gas drilling in New Mexico for years, because public health, clean air and water and safe communities – everywhere – really matter to me. Late last year, the fight got deeply personal. A nearly bankrupt company, SandRidge Energy from Oklahoma, wanted to drill a new oil well just a few miles from my own home in New Mexico.

There was a lot at stake: I live in a stunningly beautiful high desert region, where migratory birds dot jewel-like skies. This has been my family’s home for more than 30 years. Like me, my friends and neighbors don’t want oil extraction – and likely fracking – just a few miles from their doorsteps. We knew we had a fight on our hands, but I was certain that if we organized, we could win. We immediately flew into action.

We had to act quickly because we learned that the company had already received a drilling permit from the State and was about to go before the County Planning & Zoning Commission. I reached out to our local Food & Water Watch members, urging them to voice their opposition to the permit and to speak at the hearing. More than 200 people packed the hearing room to share their deep concerns about the proposal’s potential impacts on our health, on our air and on our precious groundwater. In fact, so many people wished to speak that the hearing had to be continued to give them all time.

We were thrilled when Planning & Zoning voted unanimously to recommend that the County Commission – tasked with making the final decision – deny the permit based on incomplete information. The night of the County Commission hearing, hundreds of residents once again lined up to speak out against drilling in their neighborhoods. We were crushed when the Commission granted SandRidge’s request for more time, sending the permit request back to Planning & Zoning.

Victory Against Fracking is Ours

I was always confident we’d beat this proposal, but I thought it would be a long haul. So, when SandRidge withdrew its application a few days later (with no explanation), I was shocked – and elated. The community celebrated as we imagined SandRidge high-tailing it out of Sandoval County, having worn out its welcome before it could put down roots. But we also realized that this victory was only the first step in safeguarding our clean water and keeping drilling out of our neighborhoods.

This is our victory. But it’s not enough.

In order to truly protect our community, we need a moratorium on drilling and fracking in Sandoval County. We need to put an immediate halt on any new well permits and give our commissioners a chance to research the dangers of extreme energy extraction to ensure that our groundwater is safe.

During the fight against SandRidge, we learned that private interests hoping to exploit the area for fossil fuels have been studying our community for 16 years! We’re not going to let it happen. With the SandRidge victory at our backs, Sandoval County residents intend to bring the truth about the dangers of drilling and fracking to county leaders. It’s their job to protect us by holding off on new extraction unless they can prove it is safe.

My community is special to me, but it’s no more special than any other community facing drilling and fracking across the United States. That’s why I am proud to work at Food & Water Watch with colleagues working to protect communities from California to Maine. We need to ban fracking everywhere to protect every single community.

Our victory in Sandoval County proves that we can win against Big Oil and Gas when we join together. Your community can too.

This piece originally appeared on the website of Food & Water Watch at www.foodandwaterwatch.org.