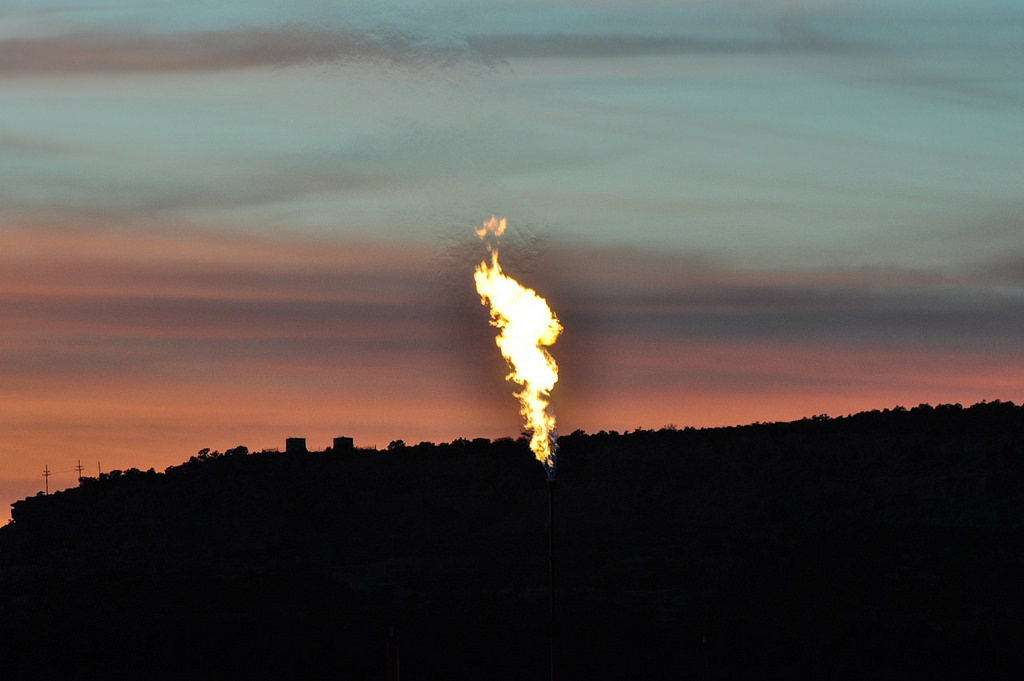 Chris Saeger is the director of the Western Values Project.

Every year, oil and gas companies waste enough natural gas on public lands through venting, flaring, and leaks to fill the needs of a major American city like Albuquerque for years: They literally burn perfectly good natural gas into the atmosphere without paying a royalty on a resource that could be sold on the open market, where it could heat homes and create jobs.  The U.S. Bureau of Land Management (BLM) recently put forward a rule to combat this wasteful practice and make sure the American people get an honest return on this public resource.

Now that the dust has settled from the recent public hearings in New Mexico and throughout the West on this issue, we have the opportunity to take a closer look at some of the industry arguments for why they oppose being accountable for wasting a resource owned by all American taxpayers.

First of all, keep in mind that despite the hearing being held in the industry stronghold of Farmington and the local oil and gas companies’ efforts to bus in supporters, positive comments supporting the BLM’s sensible rules actually outweighed opposition by about two to one. However, at the front of the opposition line at the Farmington hearing was the New Mexico Oil and Gas Association (NMOGA). It is interesting to note then that NMOGA is led by the former District Manager of the BLM’s Farmington District Office.

The main thrust of NMOGA’s arguments was that the BLM’s efforts to curtail methane waste are unnecessary and overly burdensome on industry. While these arguments are wrong on the facts, since business consulting firms have found that cutting methane waste is among the best deals in the oil and gas industry and will provide them with more product to sell, they do raise the interesting question of how credible a messenger NMOGA’s president is on this issue.

According to federal investigators, Steve Henke accepted gifts during his tenure at the BLM from Williams Exploration and Production (Williams E&P)—a leading industry group and one of the top five producers of oil and gas in the San Juan Basin. Henke got gifts such as PGA Championship tickets, lodging accommodations, meals, and financial contributions from Williams E&P. During this time, and in his official capacity as Farmington district manager, Mr. Henke also approved over 3,500 oil and gas drilling permits for Williams E&P. His cozy relationship with industry, in his position at BLM, undermined public trust and blurred the line between his duties as a public servant and his investment in, and dealings with, private industry.

In 2009, the Department of Interior Inspector General published a report  detailing various ethics violations committed by Mr. Henke. These violations were first brought to the U.S. Attorney for the District of New Mexico, who declined to prosecute, and eventually attracted criticism from a government watchdog, environmental groups, and even Republicans in Congress.

Additionally, Mr. Henke managed to run one of the worst-managed BLM field offices in the nation according to the Government Accountability Office (GAO).  In their 2009 report, GOA found that the Farmington field office, under Mr. Henke’s leadership, had acted illegally by not fully assessing site-specific environmental impacts and approved individual projects without carrying out site-specific analysis. In short, Henke played a shell game and did an end run around doing any sort of meaningful environmental review for drilling permits.

“According to the Environmental Protection Agency and others, ozone levels around at least three field offices—Farmington, New Mexico; Pinedale, Wyoming; and Vernal, Utah—have reached or exceeded allowable levels, in part because of the release of nitrogen oxides from additional wells approved with section 390 categorical exclusions.”

Through his time as at the BLM Mr. Henke lived quite the high life. Tickets to fancy golf tournaments. Luxurious hotels. Decadent dinners. All while he was supposed to be serving the public trust by overseeing the responsible development of our oil and gas from the San Juan Basin. Talk about a waste of public resources.

However, none of that attention or those errors kept Henke from cashing in—once the Inspector General showed BLM a report detailing how Mr. Henke violated federal ethics laws, his service was up. Then, he walked right through the revolving door from government bureaucrat to industry lobbyist.

Mr. Henke left the BLM under a cloud – both an ethical one and a literal one of methane from the Four Corners hotspot. But now he makes $250,000 a year as President of NMOGA, New Mexico’s primary oil and gas industry group that represents 300 oil and gas companies, many of which have significant financial interests in federal oil and gas policy.

The current head lobbyist of NMOGA violated federal ethics laws and regulations while at BLM by soliciting and accepting gifts from the industry he was supposed to regulate.  This conduct, at the very least, raises serious questions about NMOGA’s credibility on a BLM rule that is sensibly designed to better protect taxpayers and their resources by curbing natural gas waste on public lands.