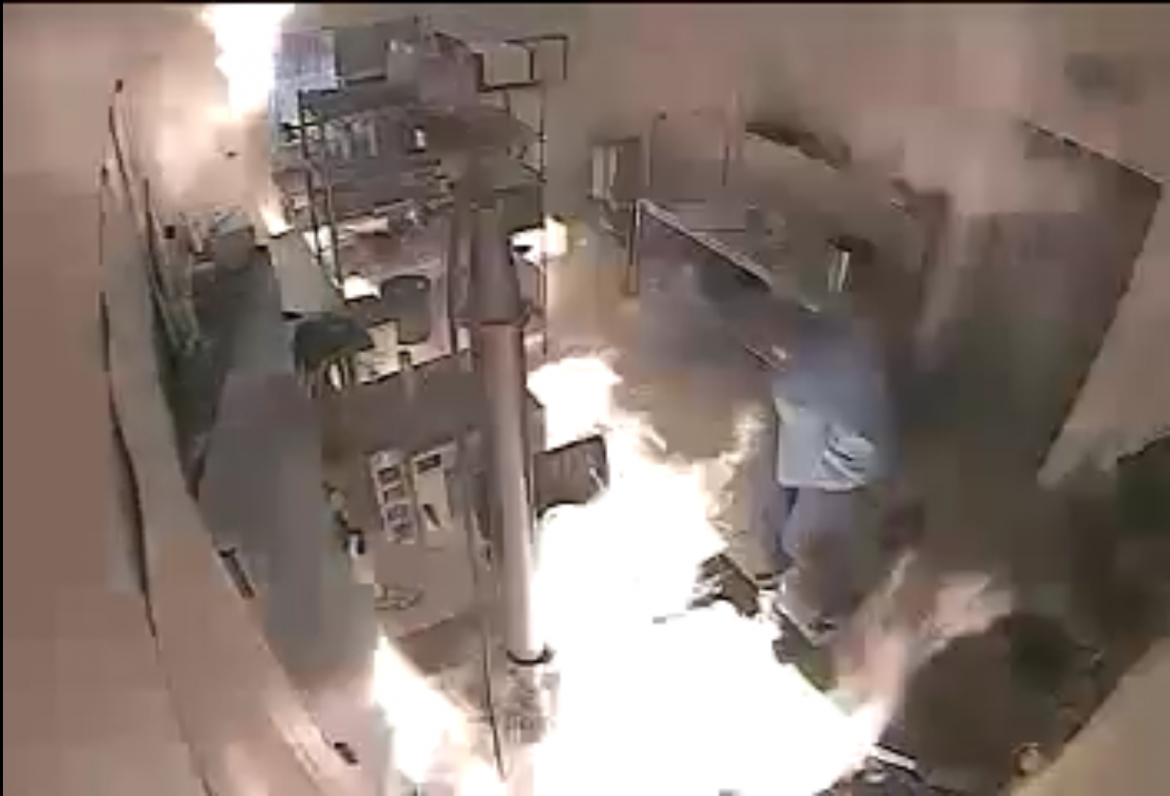 Surveillance video of an explosion at New MexiCann Natural Medicine in July, 2015.

Surveillance video of an explosion at New MexiCann Natural Medicine in July, 2015.

Months later after an investigation, the New Mexico Environment Department released surveillance video of the explosion. The incident took place while two workers at New MexiCann Natural Medicine were attempting to extract THC, the active ingredient in marijuana, using butane.

We’ve embedded the video below, but be warned that it may be difficult to watch for some.

The state Occupational Safety and Health Bureau, a division of NMED, fined the organization  $7,250 for the explosion.

The investigation closed earlier this week, which made it subject to the Inspection of Public Records Act. The state files the citation reports with the federal Occupational Safety and Health Administration database.

In all, OSHB found seven violations deemed serious, mainly related to the storage and use of the butane.

The description for one violation states New MexiCann did not provide a work environment “free from recognized hazards that were causing or likely to cause death or serious physical harm to employees.” That complaint cited that employees “were exposed to being caught in an explosive atmosphere.”
Another description says the equipment was not designed to be used for the “cannabinoid extraction process.”

Last year, a Buzzfeed article looked at the safety of butane-extraction. The process is increasingly popular in Colorado and Oregon, where marijuana is legal, as well as California, which has lax medical marijuana laws that makes the substance essentially legal.

Though there are now a handful of licensed extraction labs in Washington and a few hundred in Colorado, including popular brands like TC Labs and Mahatma, butane explosions in both states are on the rise. Nationwide, hundreds of BHO-related fires occurred in 2014, up from dozens in 2013. According to Special Agent Gary Hill, who led a handful of raids on BHO labs in San Diego last summer, the Drug Enforcement Administration (DEA) has no idea how to disincentivize people from doing something so easy and so cheap.

Colorado requires a closed-loop system for such extraction, though explosions can still occur.

The Buzzfeed article also looked at how much residual solvent from butane is left after the extraction.