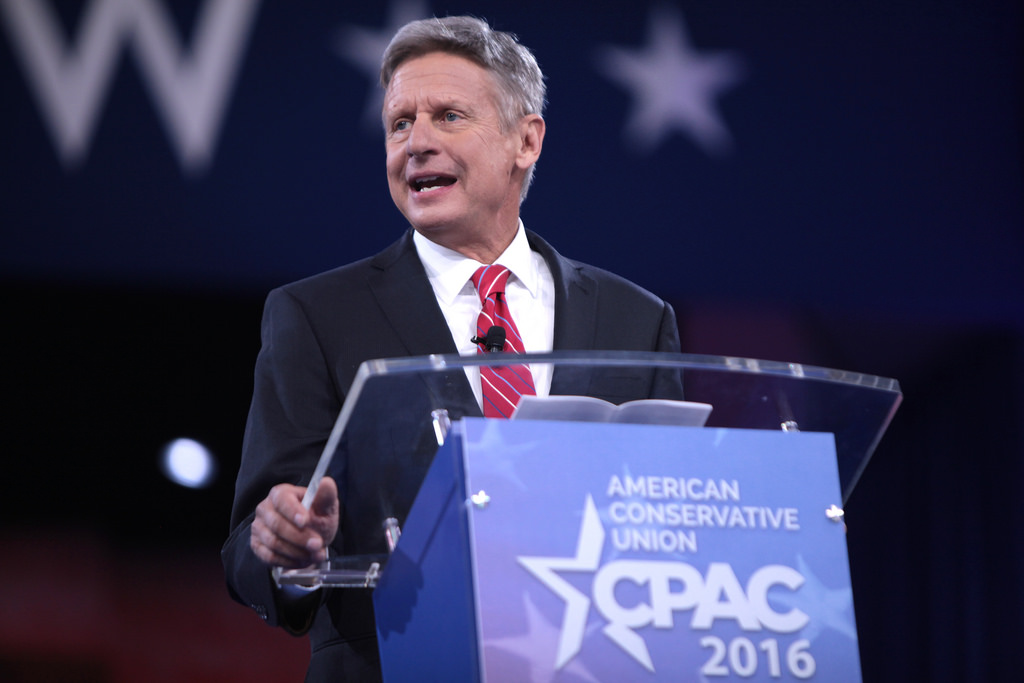 Former New Mexico Gov. Gary Johnson would still be well behind the two major party candidates, but if a poll showed the Libertarian Party hopeful would be in the double digits against Donald Trump and Hillary Clinton.

That’s according to a Monmouth University poll of registered voters released last week.

“A vigorous third party campaign is a very real possibility this year, but it is not yet clear what the impact could be. Including Johnson’s name in our polling seems to be more of a placeholder for voters who are not particularly thrilled with either major party choice right now,” Monmouth University Polling Institute director Patrick Murray said when releasing the numbers.

Most new outlets focused on the head-to-head race between Clinton and Trump, which Clinton led in the poll 48 percent to 38 percent. Clinton also led U.S. Senator Ted Cruz of Texas 45 percent to 40 percent though trailed John Kasich 45 percent to 39 percent according to the poll.

All three results are within a few percentage points of the average of races according to Pollster.com.

The poll only asked respondents about Johnson in a race with Clinton and Trump and did not test any general election scenarios with Bernie Sanders, a U.S. Senator from Vermont.

In all three scenarios involving a two-way race with Clinton, two percent volunteered they would vote for another candidate; it’s unknown how many of these preferred Gary Johnson.