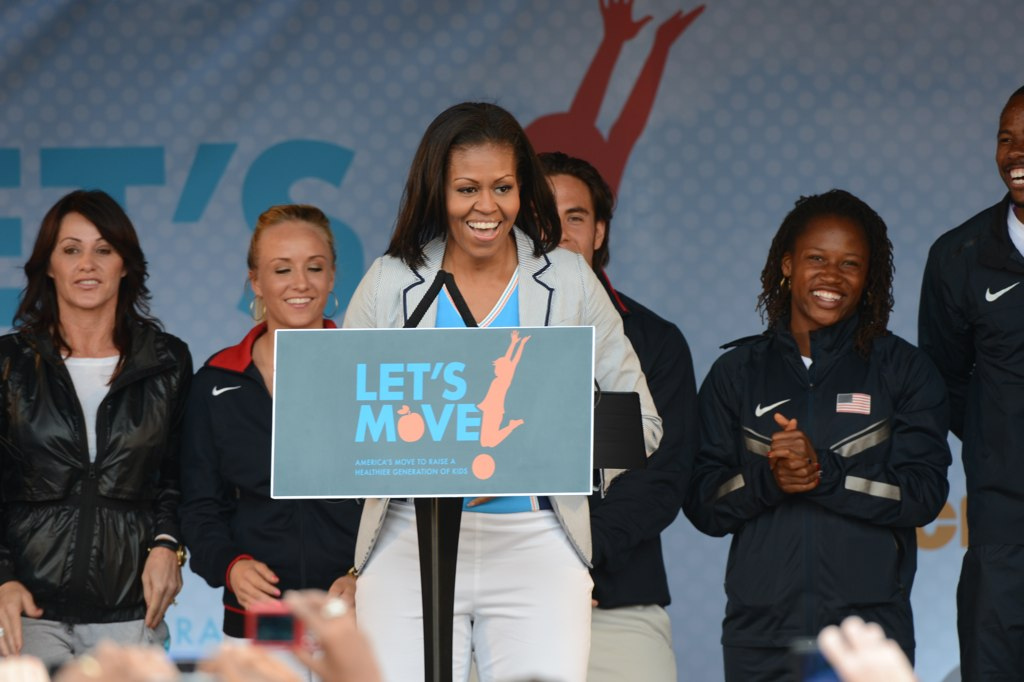 Michelle Obama is headed to New Mexico this spring.

The White House announced Monday morning that the First Lady would give the commencement speech at Santa Fe Indian School on May 26.

Related: Joe Biden is headed to New Mexico this weekend.

This will be one of Obama’s final three commencement speeches while First Lady; the other two are at Jackson State University and City College of New York.

The White House says that the commencement speech at Santa Fe Indian School is part of the White House Generation Indigenous Initiative. Obama also spoke at the first-ever Tribal Youth Gathering in 2015.

New Mexico is one of the five states with the largest percentage of Native Americans and Alaska Natives.

Santa Fe Indian School is owned and operated by the 19 Pueblos in New Mexico. The school has a graduate rate of 98 percent, with over 90 percent of this year’s graduating class planning on a post-secondary degree, according to the White House.

Obama traveled to New Mexico during the 2008 presidential campaign. New Mexico was considered a swing state at the time and she was one of many surrogates for her husband, Barack Obama.

Barack Obama ended up easily defeating John McCain that year in New Mexico. He won be a smaller, though still significant, margin in 2012 against Mitt Romney.

In 2012, Michelle Obama was again in New Mexico, this time for a fundraiser in Los Ranchos de Albuquerque.