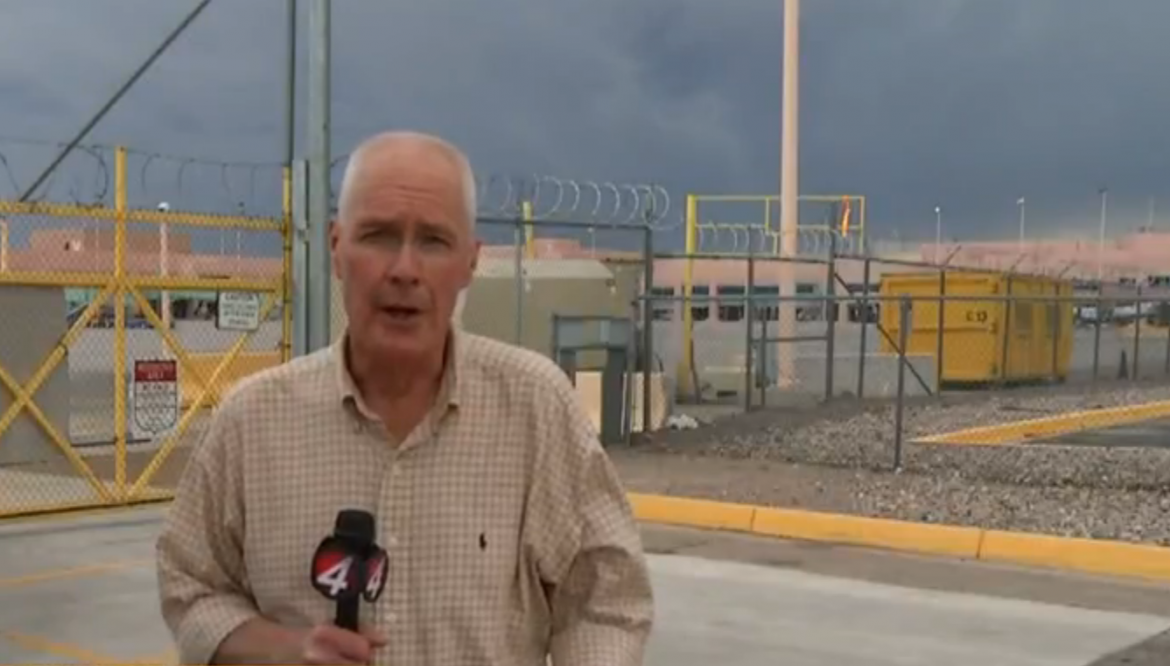 It’s the mix of bluster, doubt, worry and desperate hopefulness in Stuart Dyson’s voice that causes one to wonder whether the now former Albuquerque TV reporter believes it himself when he blurts into the telephone, “I can say that, after 30 years in the TV news business, I have not become a total functional illiterate.”

Dyson even insists that after 30 years in TV he can still punctuate sentences properly, a claim he makes strenuously and repeatedly, obviously sensing that the person he’s talking to considers the statement to be wild and bizarre fiction from a delusional mind.

And then Dyson laughs, and he laughs loud and long and easy and free, because now he is free, free from the daily grind that can tinge every laugh with anger, bitterness and cynicism. On Monday, April 18, Stuart Dyson, who spent 40 years in the news business, and who is a New Mexico news legend, retired.

The retirement came both sooner and later than the 64-year-old Dyson had planned. His original retirement date had been set for Feb. 29, his birthday. But then, KOB-TV’s news director Michelle Donaldson was diagnosed with breast cancer, and Dyson agreed to stay on until the end of May. But on Friday, Dyson had another of his long history of “contentious moments” in the newsroom, and he and KOB management decided it was indeed time for him to get out.

“I started work for Hubbard Broadcasting in 1981 at KOB radio, and in 1982 I came to KOB TV. I’ve been with the company for 35 years, minus the three years I spent at the state Legislature. It has been a good, long ride,” Dyson told ABQ Free Press Wednesday.

Dyson came to New Mexico in 1970 to attend the University of New Mexico. He was a self-described “indifferent student,” who quit UNM and who got his first professional news job in 1976. His early years in TV were a blast, and Dyson quickly built a reputation as a gruff, blue-collar guy who broke the rules—the exact opposite of the hair-sprayed, happy-talk suits that were entering the business at the time.

But in the later years, the job became a grind. “It was about the nature of what I do on a daily basis. The people who own and run TV stations are expecting more and more from fewer and fewer,” Dyson said. “Some days that was fine. It’s a challenge if you like to succeed at doing a task that seems too big and difficult. But there are times when you don’t succeed, and it is frustrating. And those times have become more numerous for me in the past few years.”

Dyson and his wife, Colleen, intend to stay in Albuquerque, at least for the time being, and Dyson said that until he figures out what else to do he’ll spend his time, “collecting Social Security and watching my 401(k) evaporate.”