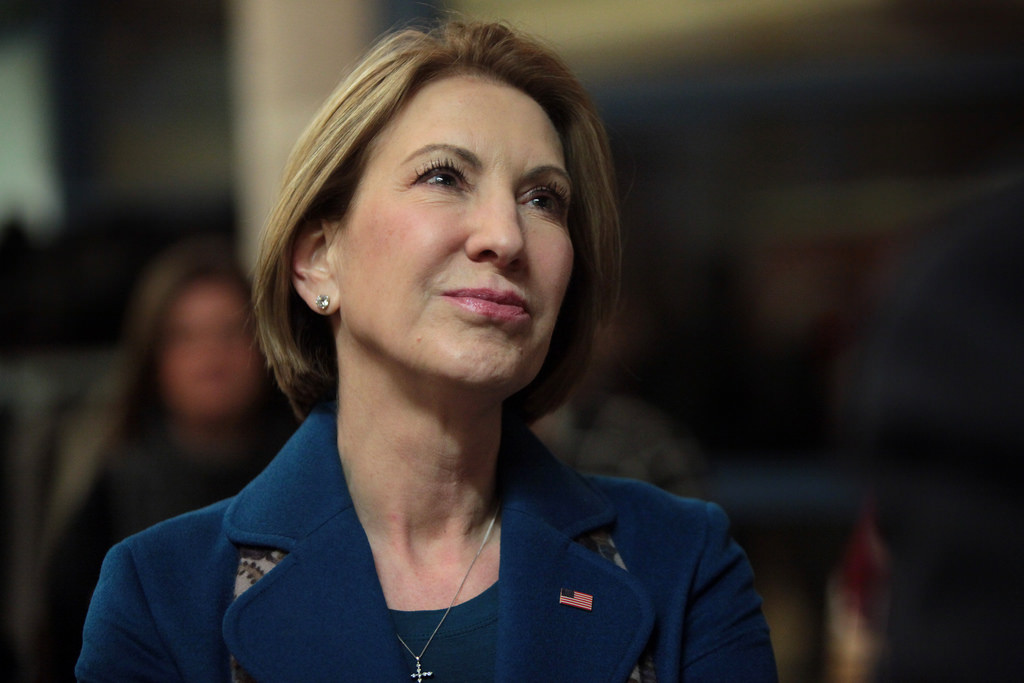 At a Wednesday afternoon rally in Indianapolis, Ted Cruz named former presidential rival Carly Fiorina as his would-be running mate if he can manage to snag the Republican presidential nomination from frontrunner Donald Trump.

Cruz, who had promised hours earlier to make a “major announcement” Wednesday afternoon, had declined to say earlier in the day whether he planned to name a running mate then.

Campaigning earlier Wednesday in Indianapolis, Cruz told reporters he would make his announcement at a rally in the city at 4:00 p.m. Eastern Time. Earlier this week, Cruz’s campaign announced that it had come up with a short list of potential candidates for vice president and that it was vetting Fiorina, the former Hewlett Packard CEO and former presidential candidate.

While he declined to say whether he planned to name a running mate at the rally, Cruz reiterated his criteria for such a selection.

“As I have said from the beginning, the most important attribute for any running mate is that he or she should be able to step in and fulfill the role as president, be the commander in chief, keep this country safe, and champion jobs, freedom and security,” Cruz said.

Reports swirled early Wednesday about the announcement. New Hampshire-based ABC affiliate WMUR announced Cruz would pick Fiorina as his running mate, as did Politico. Campaign sources confirmed the selection to the Tribune shortly before the announcement.

Some speculation had centered on Indiana Gov. Mike Pence as a possible running mate, but Pence’s office said Wednesday that the governor is not scheduled to attend the Indianapolis rally.

Cruz’s announcement comes a day after Cruz suffered a series of crushing defeats to frontrunner Donald Trump in five northeastern primaries. Declaring himself the presumptive nominee Tuesday night, Trump said Cruz would be “wasting his time” by naming a running mate.

The announcement is highly unconventional in presidential politics. It also immediately proved controversial.

Historically, major candidates refrain from naming a running mate until the lead up to the party convention. Republicans will host their national convention in Cleveland in July.

Moreover, Cruz is not the presumptive GOP nominee. Trump has a 392-delegate lead, per an NBC News delegate count.

But over the course of the campaign, Cruz and Fiorina struck up a chemistry on the campaign trail that was reminiscent of the relationship between 2012 nominee Mitt Romney and his eventual vice presidential pick, U.S. Rep. Paul Ryan of Wisconsin, who is now the speaker of the U.S. House of Representatives.

A Cruz insider told the Tribune that the pair coordinated well together and Fiorina impressed the Texas senator with “the fiery and firm manner in which she campaigns.”

After dropping out of the race in February, Fiorina endorsed Cruz a month later. She has since campaigned with him about a dozen times and completed her own solo campaign swings on Cruz’s behalf. At one of their joint campaign appearances in March, Fox News host Sean Hannity posed the question of who Cruz would want as a vice president.

The Fiorina pick does two immediate things for Cruz. Most immediately, it helps change the subject from the blowout Trump dealt him Tuesday night in five East Coast states: Connecticut, Delaware, Maryland, Pennsylvania and Rhode Island. (Cruz took a similar tack after a disappointing finish in the Nevada caucuses on Feb. 23: The next day, his campaign announced the endorsement of Texas Gov. Greg Abbott.)

Within Cruz’s inner circle, Fiorina has been in consideration as a vice presidential contender for several weeks, if not further back. Yet multiple Republican operatives described the decision to make the announcement on Wednesday as a “Hail Mary.”

Essentially, Cruz’s only path to the nomination is to prevent Trump from winning a majority of delegates and to force a floor fight at the Cleveland GOP convention. To accomplish that, his political fortunes mostly rest in two coming state primaries: Indiana on Tuesday and California on June 7.

Indiana is an absolute must-win for Cruz when it comes to regaining momentum and drawing potential delegates away from Trump. Cruz hinted at those high stakes Wednesday morning in Indianapolis, hours before his announcement.

This article originally appeared in The Texas Tribune at http://www.texastribune.org/2016/04/27/amid-vp-buzz-cruz-plans-major-announcement/