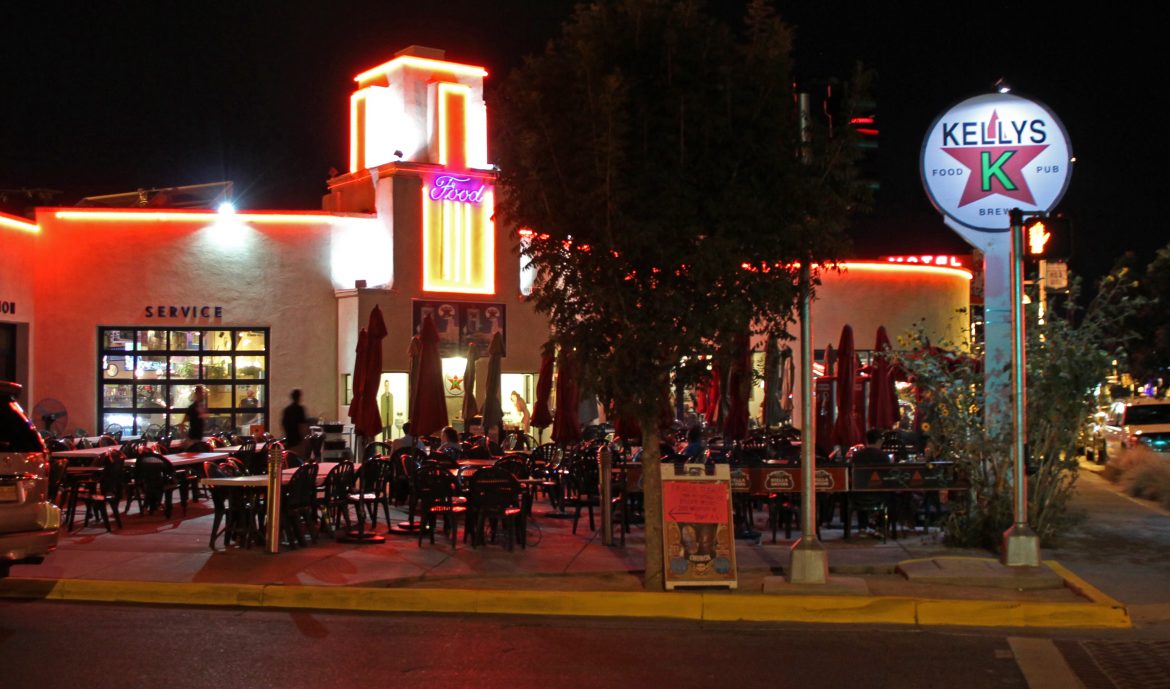 A group of current and former employees from a well-known Albuquerque brewery and restaurant filed a lawsuit against their employers on Friday alleging violations of the city’s minimum wage ordinance.

The employees alleged that the business failed to pay them the legal minimum wage and required employees to submit a portion of their tips to the brewery’s owners.

The seven employees, represented by the New Mexico Center on Law and Poverty and a private law firm, said the owners of Kelly’s Brew Pub and Restaurant required employees to submit a portion of their tips, sometimes, up to 6 percent, every night to make up for the increased minimum wage.

The lawsuit claims that after the City of Albuquerque increased its minimum wage in 2012, Kelly’s owners reflected the pay increase on paychecks but required tipped staff to pay the company at the end of every shift. Tipped employees were required to pay six percent of their tips starting in 2013, which was eventually lowered to two percent, according to the suit.

The plaintiffs allege that owners explicitly told employees the percentage of tips was necessary to counter the increased costs from the wage ordinance.

“When questioned about this “tip out” policy, the Bonfantines and managers explained that Kelly’s needed the money to pay for the minimum wage increase and other business expenses,” the lawsuit reads.

The seven employees are requesting back pay from Kelly’s as well as legal fees.

Center on Law and Poverty attorney Elizabeth Wagoner told NM Political Report she estimated the plaintiffs could be awarded an estimated minimum of $1 million, but could not say for sure without looking at the brew pub’s records.

NM Political Report left a message at the restaurant for the Bonfantines, but they were unavailable. It’s unclear if they have secured legal counsel.

In a press release, the Center on Law and Poverty also called on the Albuquerque City Attorney Jessica Hernandez “to engage in proactive enforcement efforts to root out other lawbreaking employers.”

A spokeswoman for the City of Albuquerque said city officials were still evaluating the lawsuit.

Last year, another Albuquerque business was ordered to pay at least $2,500 after they lost in court for a similar matter.

On Thursday, the Albuquerque Journal reported that Santa Fe Dining, the parent company of Chama River Brewing Co., Blue Corn Brewery and Rio Chama, is set to take over Kelly’s. Representatives for Santa Fe Dining Inc. could not be reached.

View all Center on Law and Poverty articles →