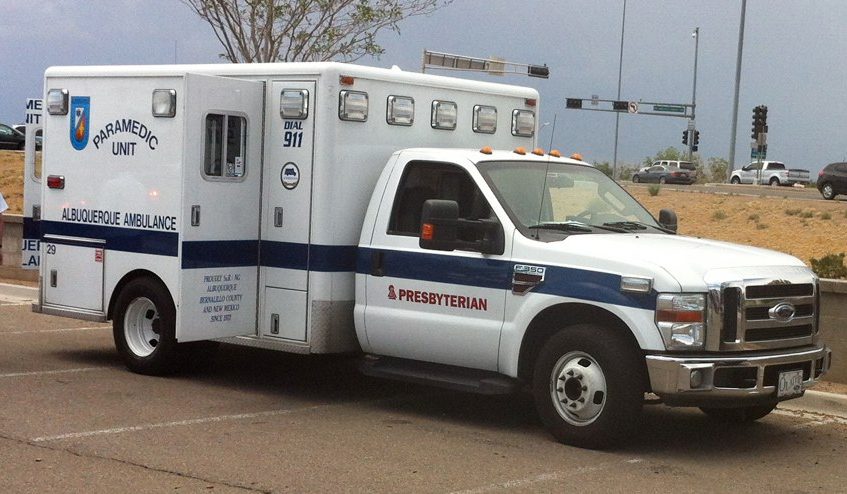 Jim Terr is a singer/songwriter, documentary and film producer and satirist raised in Las Vegas, N.M.

We can’t all seem to agree about much lately, but perhaps we can all agree that in order to address a problem we have to have some accurate information, even if just one person’s experience.

So, assuming we agree we do have a problem with medical costs and coverage (including the specter of going bankrupt from medical costs if not insurance costs), I’d like to share a recent experience with surgery and hospitalization:

A few months ago, in the course of a general check-up, my physician told me that my “outie” belly button is the start of a hernia which, if it ever really popped out, would be a serious medical problem. His advice was that if I could afford it, I should get it reinforced by mesh.

I could finally afford it with my new medical insurance, Blue Cross, purchased through the “Marketplace” (ACA – “Obamacare”) a few months later, so I proceeded. The surgeon who was recommended to me said exactly what my doctor told me – that it was not an urgent procedure but a choice to prevent something serious that might or might not happen in the future.

So, having determined that all costs related to the procedure would be covered, I got the surgery in late December of 2015, in Albuquerque.  I was discharged almost immediately, a little too soon, according to some, and sure enough I was taken to the emergency room here in Las Vegas a couple days later, with a couple of painful complications.

I was diagnosed, X-rayed, treated a bit, opiated and taken by midnight ambulance back to Albuquerque to the hospital which had hosted the surgery. I was there for a couple scary days before limping out and back to Las Vegas for several weeks’ very slow and uncomfortable recovery—which by the way is what the surgeon had promised me in the first place.

My point, though, is the costs, summarized here and rounded off, and excluding those under $1,000, and figuring out what’s what as best I can from all the billing names that give no indication of what they are:

Now, getting into the realm of the surreal, in my opinion:

Total for this adventure: $125,500, figured conservatively.

Was it “worth it”? Well, it’s nice to have had the repair, but only if I were the successful mega-movie-producer I hope to be could I have afforded it myself, at those prices. Was it worth that much to “society”—us—“The Government,” who paid for it? I doubt it.

Why were the prices so ridiculously high? My understanding is that it’s primarily to cover the costs of those who don’t pay, due to being uninsured. No wonder Blue Cross had to leave the “Marketplace!”

How does every other industrialized society manage to have good-to-excellent medical care covered by a “single-payer” system for everyone (ask people from those countries how good the medical care is or isn’t; don’t ask Rush Limbaugh et al)? An incredible mystery! It could have something to do with their lack of for-profit “healthcare” outfits, headed by CEOs making tens or hundreds of millions of dollars a year.

Let’s compare the above to the experience of a local physician who shattered his elbow in a bicycle accident in Spain this past year. He was transported by ambulance to urgent care, then to hospital, given X-rays, a complicated four-hour surgery by a team of 10  people he (a physician) judged to be excellent, pinned and wired back together, and kept in hospital for three days of IV antibiotics due to the nature of the open contaminated fracture into the joint.

He was billed a total of $5,000, perhaps because he was not an EU citizen paying into the system. The cost here in the U.S. would have been at least what my total bill was, over $100,000!

Call that “Socialist,” call it “Herman,” as my doctor dad used to say, but this remains the only country with a million people or more declaring bankruptcy every year due to medical bills, and millions staying in jobs they’d rather not in order to have health insurance.

The solution won’t come with Bernie Sanders or anyone else being elected, in my opinion, but by our facing the problem and the possibilities. And perhaps the solution for the problems with our local, formerly “community owned” hospital lies in the same direction.

Jim can be reached at bluecanyon2@juno.com