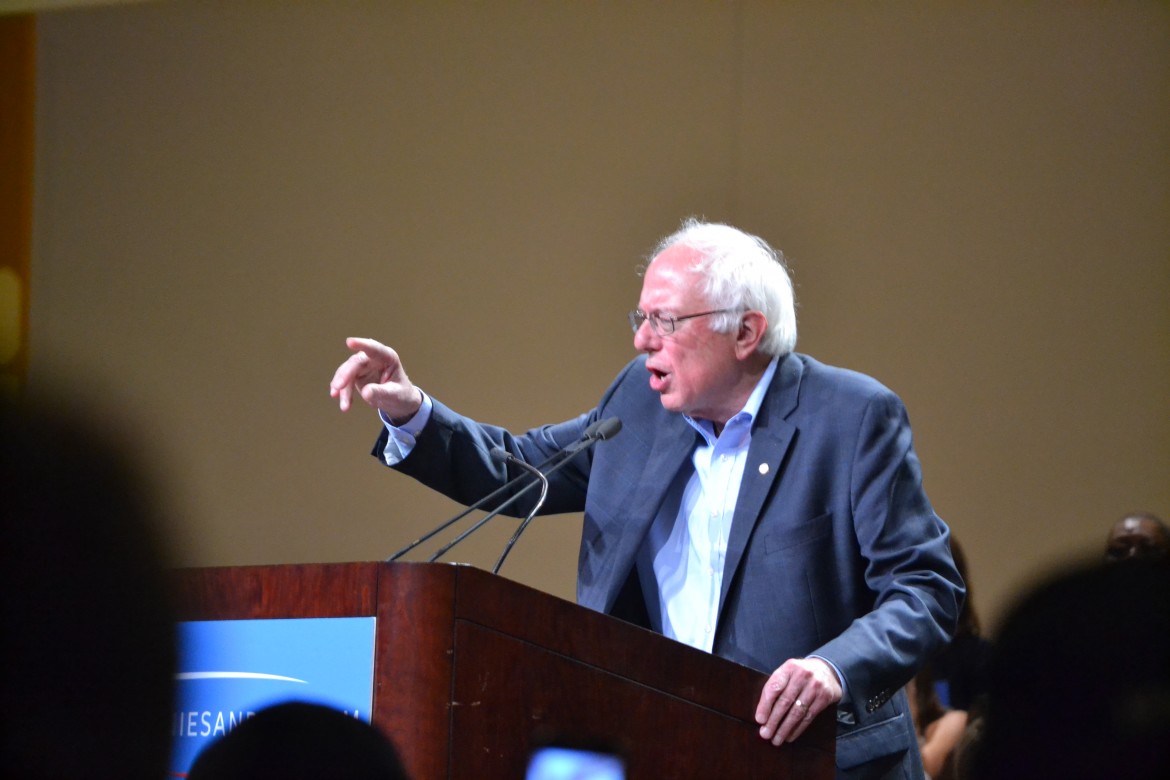 Bernie Sanders at a Rally in Phoenix, Arizona

The presidential candidate’s campaign announced Monday that he will appear at rallies in Santa Fe and Albuquerque this Friday, May 20.

Note: This story has been updated.

The first, in Santa Fe, won’t be one of the massive rallies that Sanders has become famous for—attendance is capped at just 2,500 for the small space, per the New Mexican. The rally will take place in the Witter Fitness Center, which is the Santa Fe Community College’s gym.

The second rally will take place at the Albuquerque Convention Center at 7:00 p.m. The doors open at 4:00 p.m. and it will also be first-come first-serve.

The two rallies will be the first public appearances by a presidential candidate so far this year. They also come just weeks ahead of New Mexico’s primaries on June 7.

Sanders is a U.S. Senator from Vermont. He faces Hillary Clinton in the Democratic primary.

The Santa Fe Reporter first reported that Sanders would appear in New Mexico. A report from the Santa Fe New Mexican and the Albuquerque Journal followed.

Clinton currently holds a lead of over 275 pledged delegates (the exact number depends on the source). Sanders hopes to convince superdelegates, party officials and others, to support him at the Democratic National Convention in July, though it seems unlikely. One superdelegate who supported Sanders even announced a switch to Clinton.

Sanders has, however, been more successful in recent months.

Hillary Clinton has yet to announce if she will appear in New Mexico, though former President Bill Clinton will campaign in the state later this month.

Update: Added more information about the Santa Fe rally and the Albuquerque rally. Moved around information.

Update: Sanders campaign changed times for doors opening at the Santa Fe, Albuquerque rallies. This post has been updated to reflect the new times.