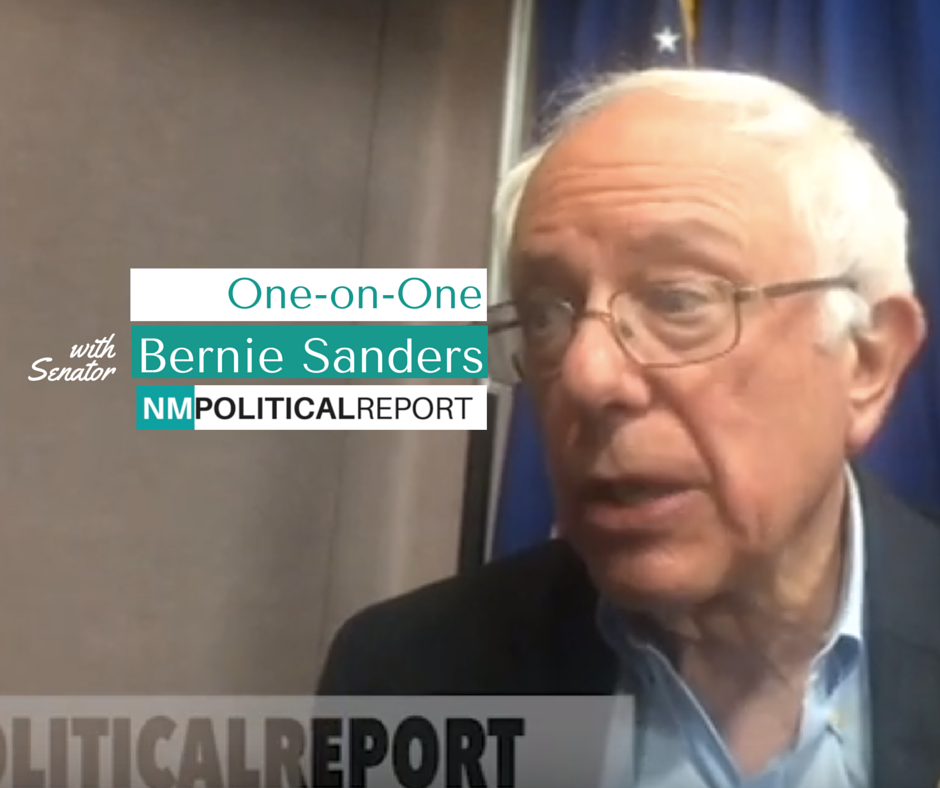 Ahead of his large rally in Albuquerque, U.S. Sen. Bernie Sanders spoke to NM Political Report about a number of issues that impact New Mexico.

Sanders spoke about how his plans will help Latinos and Hispanics, about how he would support the national labs in Albuquerque and about how he views his delegate deficit against Clinton.

Sanders said that “of the remaining six contests, we stand a good chance to win most of them, if not all of them.”

See everything that Sanders had to say below.