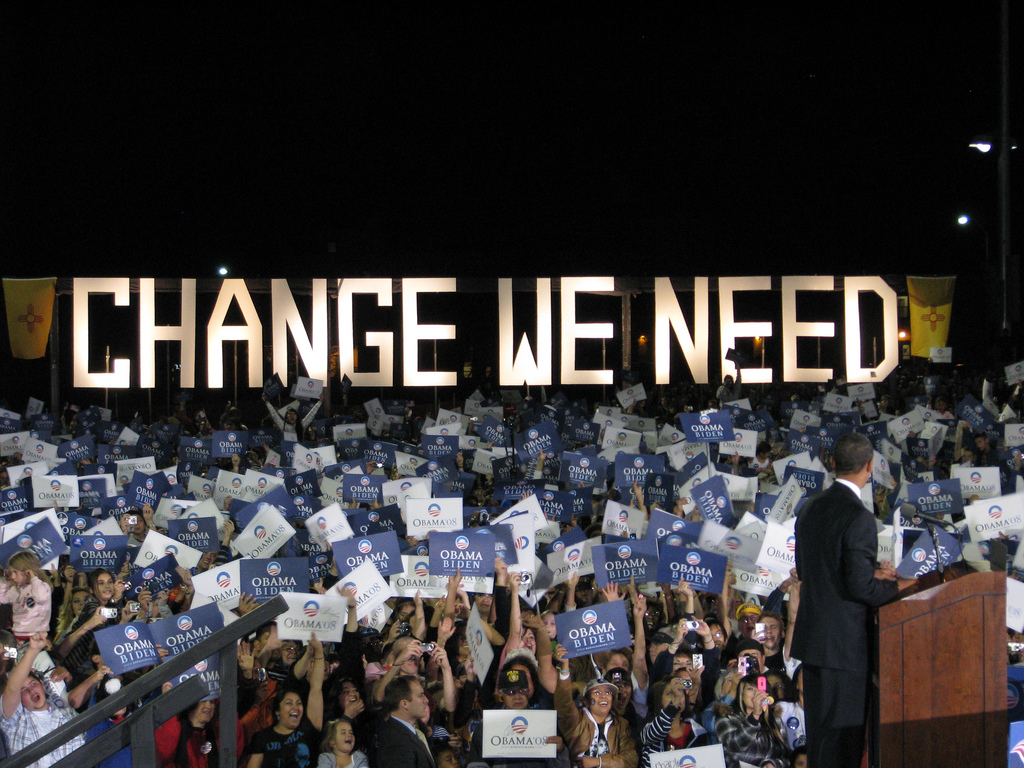 Barack Obama rally at Johnson Field in Albuquerque in October, 2008.

After months of largely being ignored for other, more relevant states in the presidential election process, New Mexico will spend a few days being essentially ground zero for presidential politics.

Barack Obama rally at Johnson Field in Albuquerque in October, 2008.

U.S. Sen. Bernie Sanders brings his campaign to New Mexico today in Santa Fe and Albuquerque and heads south down I-25 to Vado on Saturday. Sanders is down in the polls, but hopes large victories in the remaining states will lead to enough superdelegates changing their allegiances from Clinton to Sanders.

Presumptive Republican nominee Donald Trump will also appear in New Mexico—in fact at the same venue as Sanders—on Tuesday. The Republican candidate has drawn large rallies in cities throughout the country, sometimes with protests on a similar scale.

Former president Bill Clinton will be campaigning for his wife at the same time Trump is in New Mexico. The Hillary Clinton campaign announced events in Albuquerque and Espanola for next week, but otherwise details are scarce.

The Hillary Clinton campaign has not announced any plans for the candidate herself to campaign in New Mexico.

It’s strange when a campaign stop by a former president is overshadowed, but that could be the case with the two other candidates left campaigning themselves making appearances.

The flurry of campaign events brings to mind 2008, when Barack Obama and Hillary Clinton competed hard in the state ahead of a competitive, and much earlier in the year, Democratic primary (that was technically a caucus). Clinton edged Obama 49 percent to 47.86 percent.

Sarah Palin speaking at a rally at the Albuquerque Convention Center in September, 2008, while Sen. John McCain looks on.

Even after the primary, though, New Mexico was still a state on the radar of presidential campaigns.

Barack Obama made a number of campaign appearances in the state, which was considered a swing state at the time, including a massive rally at Johnson Field at the University of New Mexico that drew an estimated 35,000 people.

The largest McCain event came at the Albuquerque Convention Center—the location of the Sanders and Trump rallies—when he brought along his running mate Sarah Palin.

While the elected ultimately ended with a large Obama victory, for a time New Mexico was an important state on the presidential level.

There was no such drama in 2012; the only two appearances by the presidential candidates didn’t come at large rallies in cities, but in smaller events in southeastern New Mexico.

Obama last visited the state in March of 2012 and visited the small community of Maljamar. That wasn’t a campaign visit, but one to promote his energy policy.

Republican nominee Romney made a general election campaign appearance in August near Hobbs to a crowd of just 400.

Whether New Mexico will be a site of frequent national political activity in the general election—in fact, it seems more likely that it won’t—remains to be seen.

For now, though, New Mexico is the center of political activity.