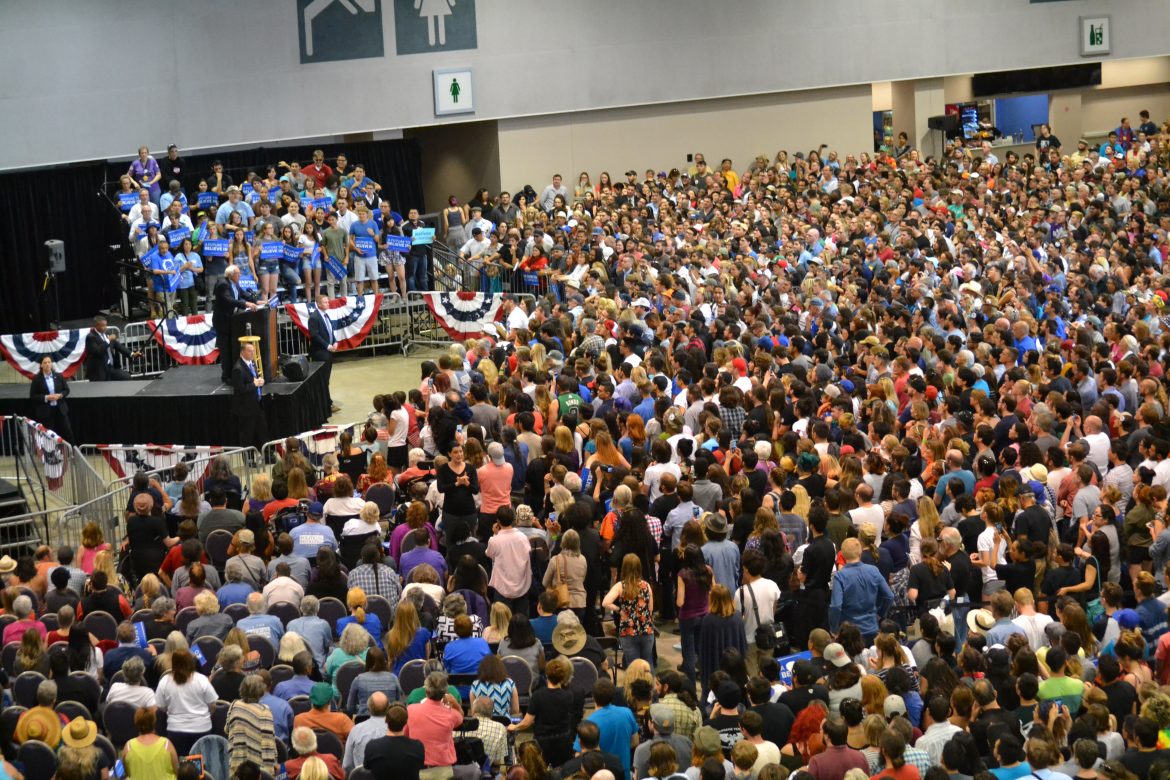 The crowd at a Bernie Sanders rally at the Albuquerque Convention Center in May 2016.

Here are photos of the Bernie Sanders rally in Albuquerque, New Mexico.

The rally took place at the Albuquerque Convention Center, with thousands of supporters filling the space to hear him speak.

In Albuquerque, Sanders promises to stay in the fight until the end