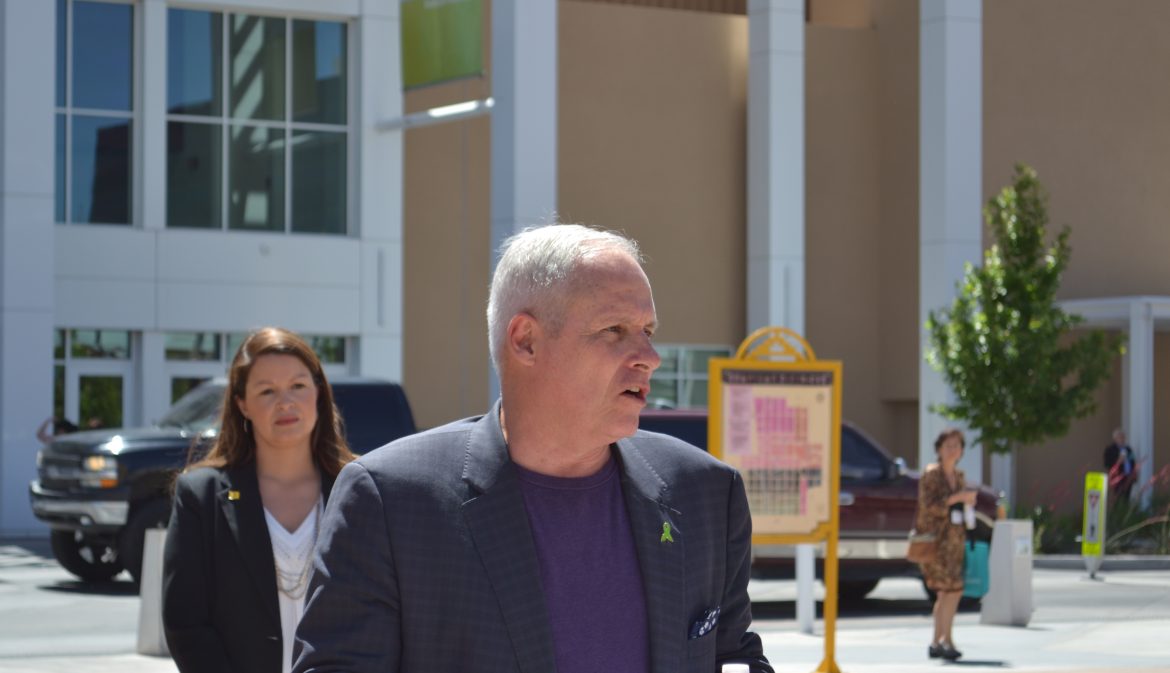 Hours ahead of presumptive Republican nominee Donald Trump’s appearance in New Mexico, Democrats who support Hillary Clinton slammed him at a press conference.

Former Albuquerque mayor Martin Chavez recounted when a white supremacist group sought to meet near Albuquerque. Chavez said he issued a “Proclamation of Un-welcome” against the group.

“I said New Mexico and Albuquerque are not a place where we welcome people who hate,” he said.

“Today we should issue a proclamation of unwelcome to Donald Trump,” Chavez continued. “He’s a person of hatred, of bigotry, of racism. He divides us, he does not unite.”

Chavez said he believed New Mexico Republicans would reject Trump in the primary—and that he was sure New Mexico voters at large would do so this November.

Former State Treasurer James Lewis criticized Trump for remarks he made regarding the housing crisis that ended up as a major cause of the recession last decade.

This has been a major talking point for Clinton’s campaign today. The campaign released an ad quoting Trump rooting for the housing bubble to burst.

“I sort of hope that happens because then people like me would go in and buy,” Trump said in 2006. “If there is a bubble burst, as they call it, you can make a lot of money.”

“In the middle of the calamity, Trump aimed to do what Trump does best,” former State Treasurer James Lewis said. “And that is to put himself above everybody else.”

Lewis also said that Trump used money from a fund designed to help small businesses impacted by the 9/11 terror attacks in New York.

A Super PAC that opposes trump brought up these allegations in April.

Trump responded by issuing a statement saying, ““It was probably a reimbursement for the fact that I allowed people, for many months, to stay in the building, use the building and store things in the building.”

“It is clear that Donald Trump is only for himself at the expense of others,” former State Treasurer James Lewis said.

Bernalillo County Assessor Tanya Giddings said that Trump should release his tax returns, noting that every major presidential nominee for decades had done so.

Earlier in the day, the Republican Party of New Mexico said Democrats were hypocrites.

Gov. Susana Martinez, Lt. Gov. John Sanchez and Albuquerque Mayor Richard Berry all have said they will not attend Trump’s rally. All have also declined to endorse Trump.