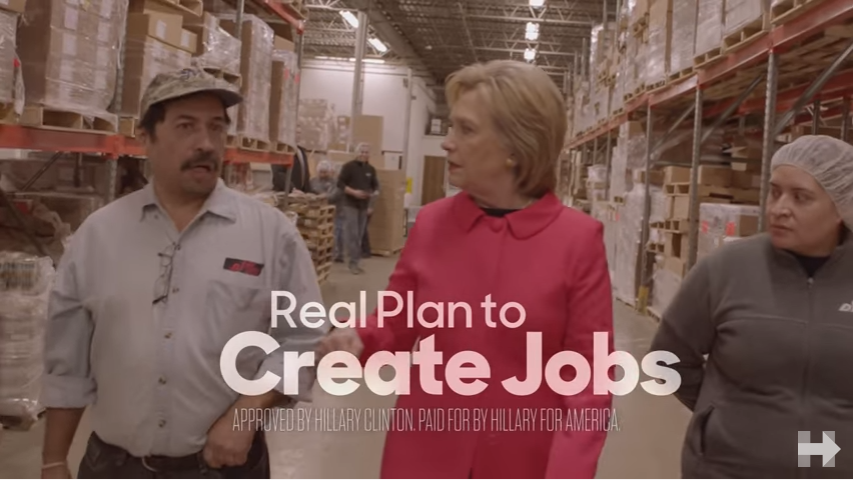 The campaign provided the ads to NM Political Report, and said they will air in the Santa Fe and Albuquerque markets.

Like the Sanders campaign, Clinton’s campaign will air ads both in English and in Spanish. The English-language ad is available below. You can view the Spanish-language ad here.

So far, Hillary Clinton has not appeared in the state this year.

A transcript of the ad:
Voice Over: American workers know how to fight back and rebuild an economy. So does she.
Hillary Clinton: We need jobs that provide dignity and a bright future.
VO: New penalties to stop companies from moving profits or jobs overseas. For businesses that create manufacturing jobs, a new tax credit. And let’s invest in clean energy jobs with 500 million solar panels installed by the end of her first term. A real plan to create new jobs in industries of future.
HC: I’m Hillary Clinton and I approve this message.