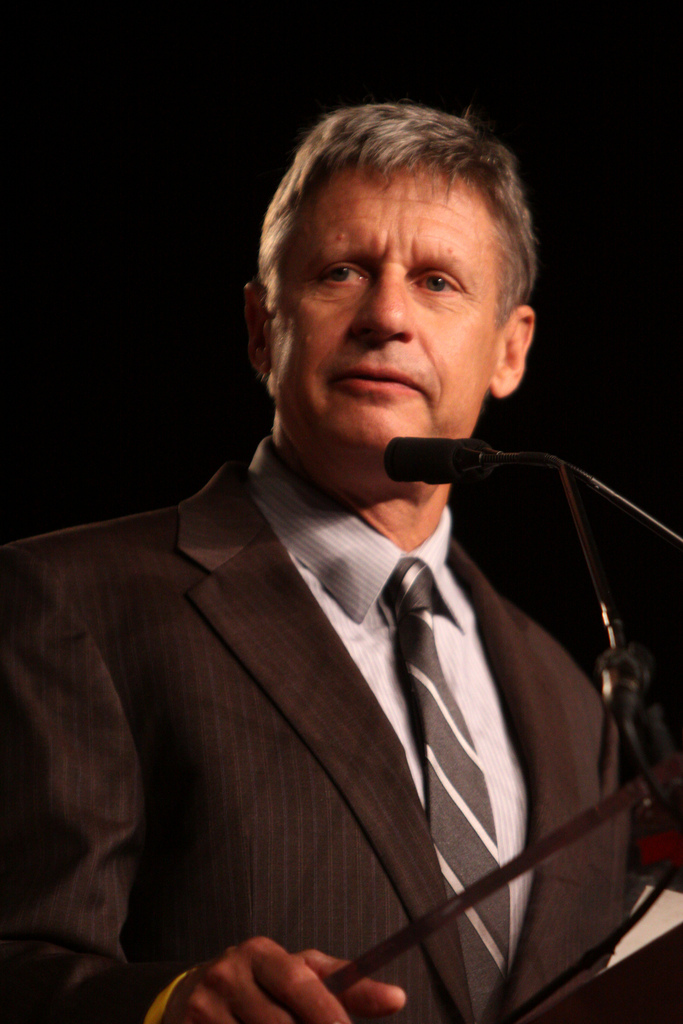 James Spiller recently wrote a scathing article in the National Review in which he argues that the record of former New Mexico governor and current Libertarian candidate for president Gary Johnson is “not conservative and not even all that libertarian.”

Paul Gessing is the president of New Mexico’s Rio Grande Foundation, a libertarian-oriented think tank based in New Mexico.

As the head of New Mexico’s free-market think tank (although I was in Washington, not New Mexico, during the Johnson administration,) I’d like to offer my own thoughts on Johnson’s tenure. I’d also like to refute some of what Mr. Spiller has to say in his critique.

Spiller starts by attacking Johnson’s fiscal record, claiming that he is a “big spender” compared with successors Richardson (a Democrat) and Martinez (a Republican). One problem is that Spiller “credits” Johnson with spending money he had little control over. His spending numbers include federal dollars that flow into the state for everything from Medicaid to education. Including just the General Fund that the legislature and governor must agree to each year, Johnson’s first budget was $2.7 billion and his final budget, eight years later, was $3.9 billion (an increase of about 41 percent).

Thus, under Johnson, New Mexico’s General Fund spending grew by 4.67 percent annually, not the outrageous 7.29 percent rate cited by Spiller. Once you factor in inflation and New Mexico being a relatively fast-growing Western state (population growth in the Land of Enchantment has stagnated since the late 2000’s economic crisis), Johnson’s spending record looks much better.

As a self-identifying libertarian, I still find that growth too fast, but there is no doubt that Governor Johnson has more fully embraced his Libertarian viewpoint since leaving office in 2003.

Of course, annual budget growth is only part of any governor’s fiscal record. Spiller accurately notes that Bill Richardson, a Democrat who immediately followed Johnson, grew government at a slower rate during his eight years in office. Make no mistake about it, Richardson was no fiscal conservative. During Richardson’s first six years in office, General Fund spending grew by more than 6.5 percent annually.

But, Richardson’s big-spending dreams were dashed by the 2008 economic crisis which saw state spending decline by an average of 8.51 percent over two years. The money simply wasn’t there. Worse, Richardson foisted two massive boondoggles upon New Mexico taxpayers: a $225 million spaceport built for Virgin Galactic that sits largely unused in the desert and a commuter train that sucks $50 million annually out of taxpayers’ wallets.

To his credit, Johnson didn’t foist any costly boondoggles upon his successor or future taxpayers. In fact, New Mexico’s budget was sufficiently strong that Richardson was able to enact major pro-growth tax cuts immediately upon taking office. Johnson too pushed tax cuts while in office, but Richardson was able to follow through, taking the state’s top income-tax rate from 8.2 to 4.9 percent.

Richardson succeeded where Johnson failed in cutting taxes in large part because during Johnson’s tenure the New Mexico legislature was controlled entirely by Democrats. These were no razor-thin margins either: Democrats held approximately 60 percent of all legislative seats.

With so many Democrats in the legislature, Johnson’s main impact was in vetoing an astonishing 739 bills over his eight years in office.

Nonetheless, Johnson’s agenda was stymied in other ways by the partisan makeup of his state’s legislature. Every year Johnson proposed school-choice vouchers and every year the Democrats in the legislature killed them.

Though he struggled to achieve major free-market reforms during his tenure, Johnson did get the legislature to approve the use of private companies to build and run new prisons. These prisons ran at a much lower cost than the government-run prisons even when amortizing the initial construction costs. This helped to end prison overcrowding in New Mexico.

One point that Spiller is correct on is New Mexico’s film-subsidy program. The Rio Grande Foundation has consistently opposed this subsidy which Richardson expanded from 15 to 25 percent. For every $1,000 a Hollywood film spends in New Mexico they get a $250 check from New Mexico taxpayers. In 2012 Representative Justin Amash of Michigan rightly challenged Johnson on this supposed “success” on social media calling film subsidies “central planning and cronyism.”

Is Gary Johnson’s spending record perfect? No, but perfect is not on the ballot this year. He’s running as a fiscal conservative against two candidates who eagerly support bigger government across the board. In most any presidential election you could do much worse than New Mexico’s former Governor. That is especially so this year.