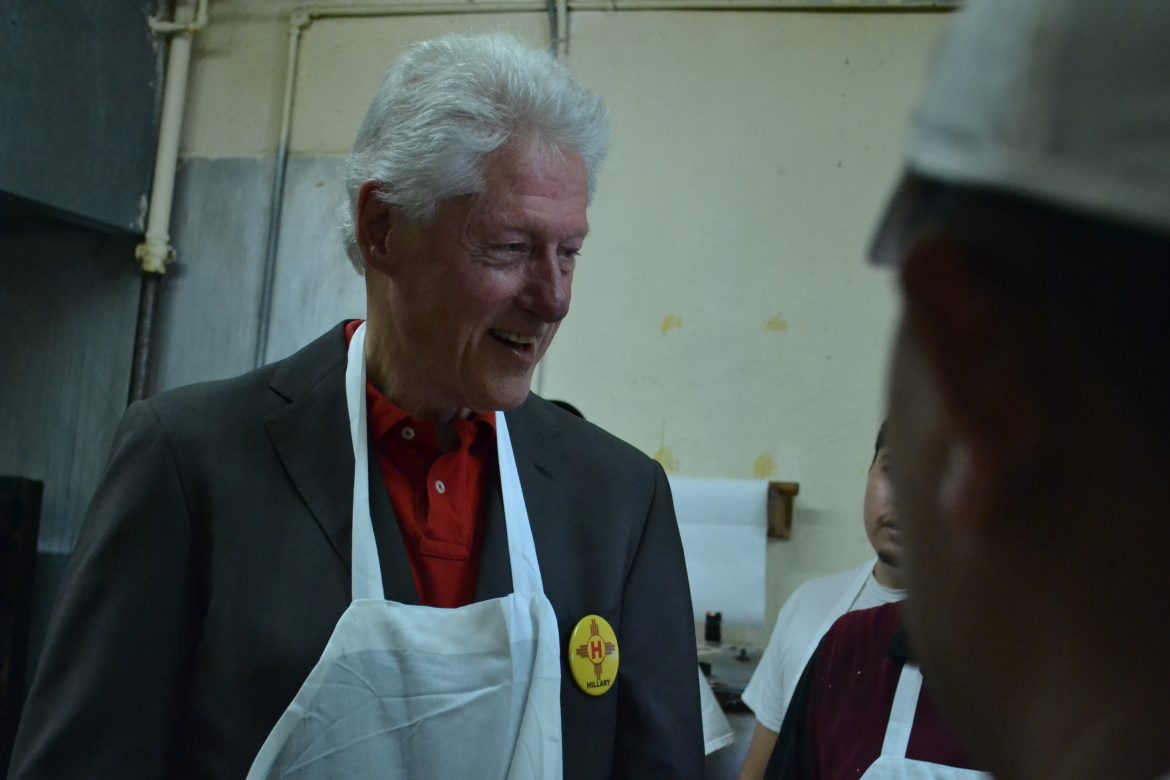 The Hillary Clinton campaign announced that their top campaign surrogate, former President Bill Clinton, will head back to New Mexico to campaign ahead of the June 7 primary.

The campaign announced Tuesday morning that Bill Clinton will appear in Las Cruces for a campaign appearance on Thursday, June 2. Last week, Bill Clinton campaigned in Santa Fe and Albuquerque.

Bill Clinton will speak to supporters at Picacho Middle School in Las Cruces this Thursday. The event is expected to start at 2:30 p.m. but doors will open at 1:30 p.m.

“President Clinton will attend a public event in Las Cruces where he will discuss why Hillary Clinton is the best candidate to break down all the barriers holding families back,” the statement says.

NM Political Report was  on hand as Clinton traveled from Santa Fe to Albuquerque and made surprise stops at Tia Sophia’s in Santa Fe and The Range Cafe in Bernalillo.

Bill Clinton previously spoke in front of hundreds in Española and also rallied hundreds in Albuquerque.

So far, Hillary Clinton hasn’t campaigned in New Mexico yet. Bernie Sanders and Donald Trump each made appearances in New Mexico.