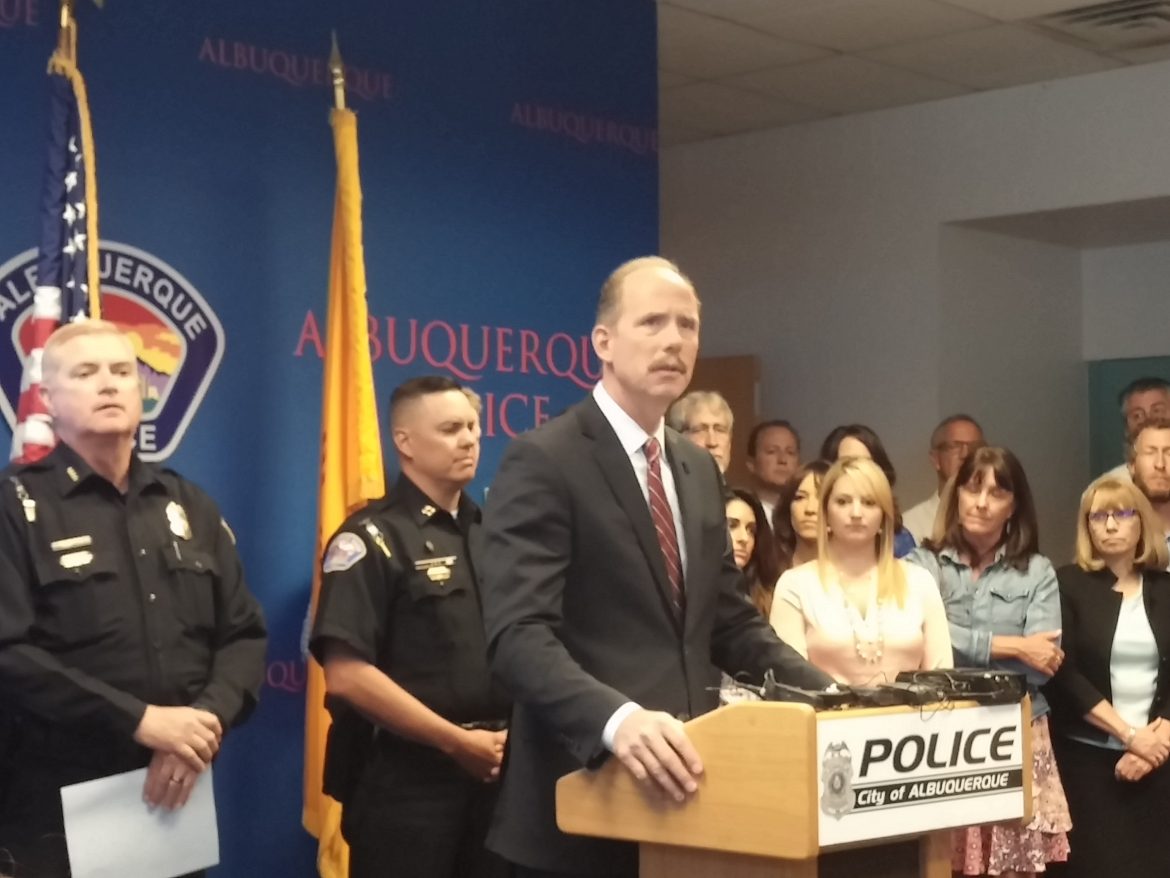 One outstanding warrant remains for a unnamed 17-year-old who police say was filmed running on top of and damaging two state police cars.

“We want to make sure that people in the city of Albuquerque feel free to come voice their opinions,” Albuquerque Mayor Richard Berry said in a Thursday morning press conference.

The city is now offering more than $20,000 for information that lead to arrests, Berry said. Altogether, police say they’ve received more than 100 tips.

At a press conference last week in which Berry denounced the violent protesters as “thugs,” Albuquerque Police Chief Gorden Eden released a picture of the 14-year-old boy, then at large. Eden told reporters then that the picture was taken right after the boy threw a large rock at an officer and then showed “no remorse.”

APD Commander Donovan Olvera told reporters that the 14-year-old boy turned himself into custody with his parents and his attorney yesterday.

Olvera said the police are working with the boy “to turn this into a positive outcome.”

“I feel, the department feels that he’s young enough to learn that what he did was wrong, and our goal is to lead him to the right path in hopes of bettering himself,” Olvera said. “Still understanding the consequences of what he did, but better understanding the roles of the police department and the community and the impact that his actions made amongst everyone.”

Berry said the police now “have an opportunity to help a young man get on the right path.”

Though police made three arrests since offering the cash rewards for information last week, Berry said the city hasn’t yet distributed any of the reward money.

“It has to lead to a conviction,” Berry said. “That process does take some time. I’ve instructed the department to work with the tipsters to make sure that people know these rewards are for real and that they get distributed quickly.”

Berry has said awards would be issued at $1,000 per arrest. He predicted more arrests to come.