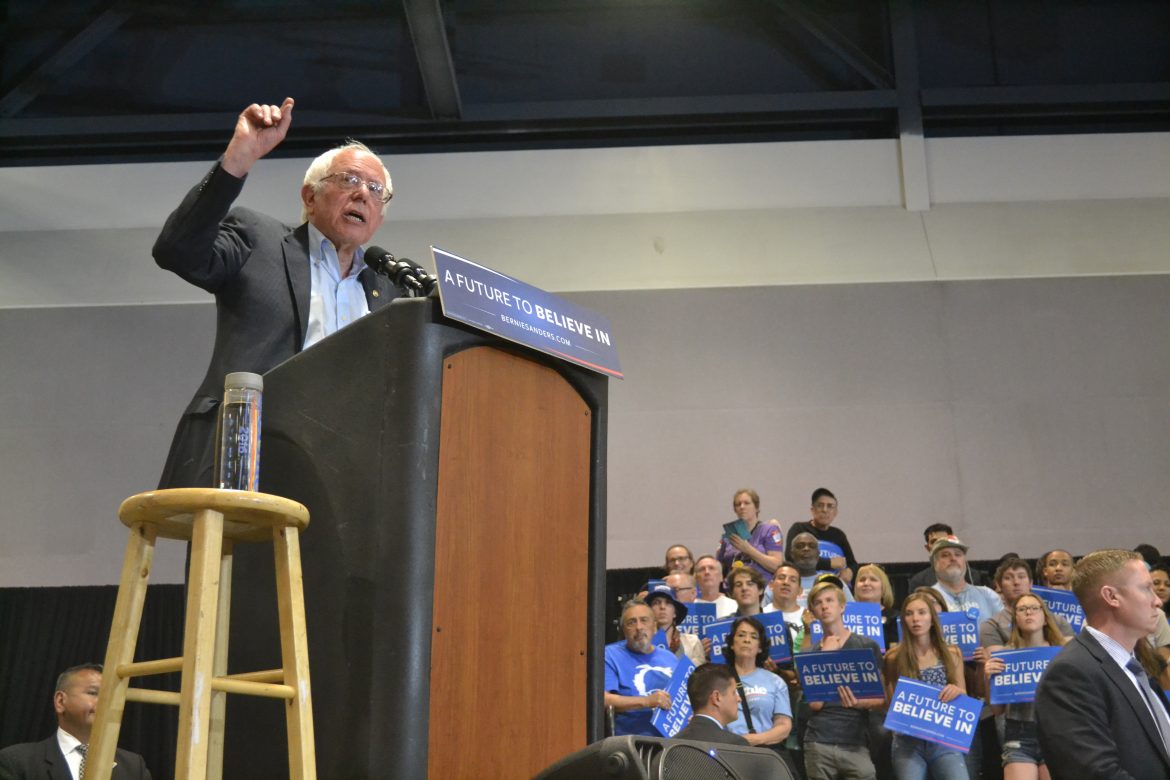 From 76 cents to Hillary Clinton to the $5,400 maximum for a variety of candidates, more than 5,000 New Mexicans kicked in cash to presidential campaigns through the end of April.

More than half those donors are giving in repeated small amounts to Democrat Bernie Sanders, who far outstrips all other candidates in number of donations received. The Vermont Senator has received 18,879 donations, compared to 5,346 given to Clinton through April. These donations include, in many cases, multiple donations from the same person.

This story originally appeared in New Mexico In Depth.

As New Mexico In Depth reported last week, Sanders is leading the presidential candidates when it comes to total sum of New Mexico donations ($896,675), with Democratic frontrunner Hillary Clinton close behind ($856,870).

But his average donation is $47, compared with a $160 average for Clinton and $266 for presumptive Republican nominee Donald Trump. Former New Mexico Gov. Gary Johnson, the Libertarian presidential candidate, had the highest average donation of $878.

Here’s a look at the candidates–the number of donations they’ve received, their average donation and the total they’ve raised from New Mexico donors:

“It’s just that the way he asks for money,” Schultz said. “Giving a little tiny bit at a time is really easy to do.”

She said she agrees with Sanders on the issues, and is inspired by his candidacy.

“I’m 70 years old,” she said. “I’ve never in my life seen someone run for president who is not taking big money. And someone who is so trustworthy and consistent with his message his whole political career.”

Susan Nunnally, of Rio Rancho, describes herself as a constitutional conservative, and held a similar enthusiasm for her presidential candidate, Texas Sen. Ted Cruz. She donated to Cruz’s campaign 63 times in amounts ranging from $15 to $500 for a total of $4,273.

“He said what he was going to do when he got elected, and he did it,” Nunnally said of Cruz. “I jumped on board with the small donations. The small donations were really based on how far he could go in this political environment.”

But Nunnally is frustrated by the media attention bestowed on Trump and Clinton, which she says outweighs any fundraising prowess by competitors.

“That’s billions of dollars that Trump got from free media,” she said. “How do you compete against that when you’re someone like Ted Cruz? I can’t compete with my $50 donations.”

Here’s a look at the top 20 donors in terms of number of individual donations:

One of those donors, James Smith, of Santa Fe, gave to two candidates: $1,150 via 10 donations to Republican Ben Carson and $683 via 49 donations to Clinton.

Smith is one of more than 130 New Mexico donors who gave to more than one candidate. But only about a handful gave to both Democratic and Republican candidates. And only nine Democrats split their donations between two candidates.

That $11,800 in total donations puts Bruckner at the top of the list of New Mexicans giving to presidential candidates. Most of those top donors thus far gave to GOP candidates.

Here are the top 20 donors from the state:


Then there are state lawmakers. Fourteen of them have donated more than $11,800 to presidential candidates, with more than $10,000 going to Clinton.

None of the state’s congressional delegation have given to presidential candidates thus far. Cynthia Pearce, who is married to U.S. Rep. Steve Pearce, donated $1,000 to Cruz last September.