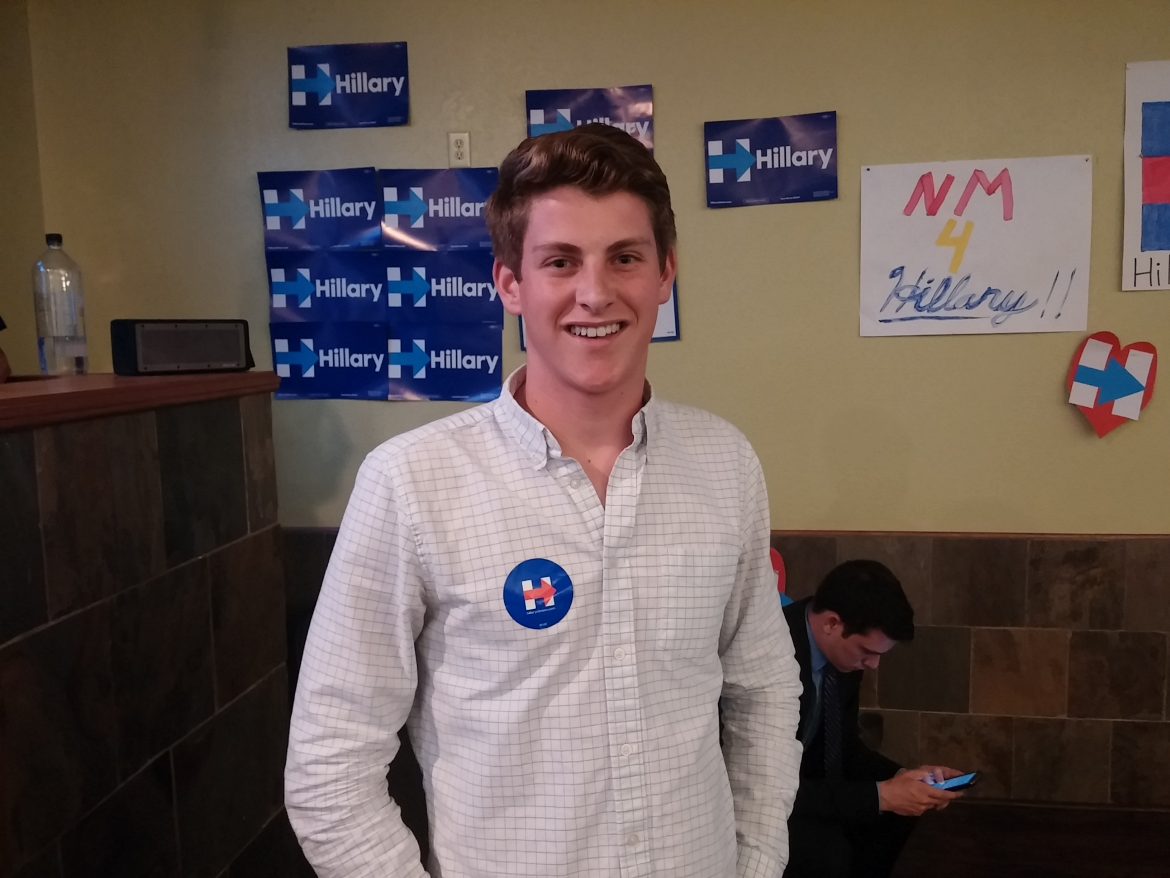 While the internet connection at the watch party in uptown Albuquerque was spotty, prompting her victory speech to stream choppy on a large monitor, supporters still clapped whenever they could make out Clinton’s comments.

“It’s beyond words,” Lisa Hannah, a Clinton campaign volunteer from Albuquerque, said of Clinton’s historic victory. “I’ve been waiting for this moment. It’s been something that’s been meant to be and for it to happen is incredible.”

Hannah, 45, volunteered for Clinton’s first run for president in 2008 and participated in early draft groups before the launch of her current campaign.

“She has spent her lifetime making children better,” Hannah said, a topic that’s “very personal” to Hannah because she used to work in combating child abuse and neglect.

Hannah said the best way to combat her low favorability ratings among likely voters is to “get her message out there.”

“She’s spent 30 years of being attacked,” Hannah said. “People know who she is already.”

Dylan Stafford said he came back to ABQ after school this weekend and canvassed roughly 200 homes for Clinton.

At 18, Stafford said he supports Clinton over Bernie Sanders because of her experience and ability to work with a GOP Congress. Sanders, Stafford argued, had good ideas but not the means to get them accomplished.

“She’s by far the most capable person to do the job,” Stafford said of Clinton.