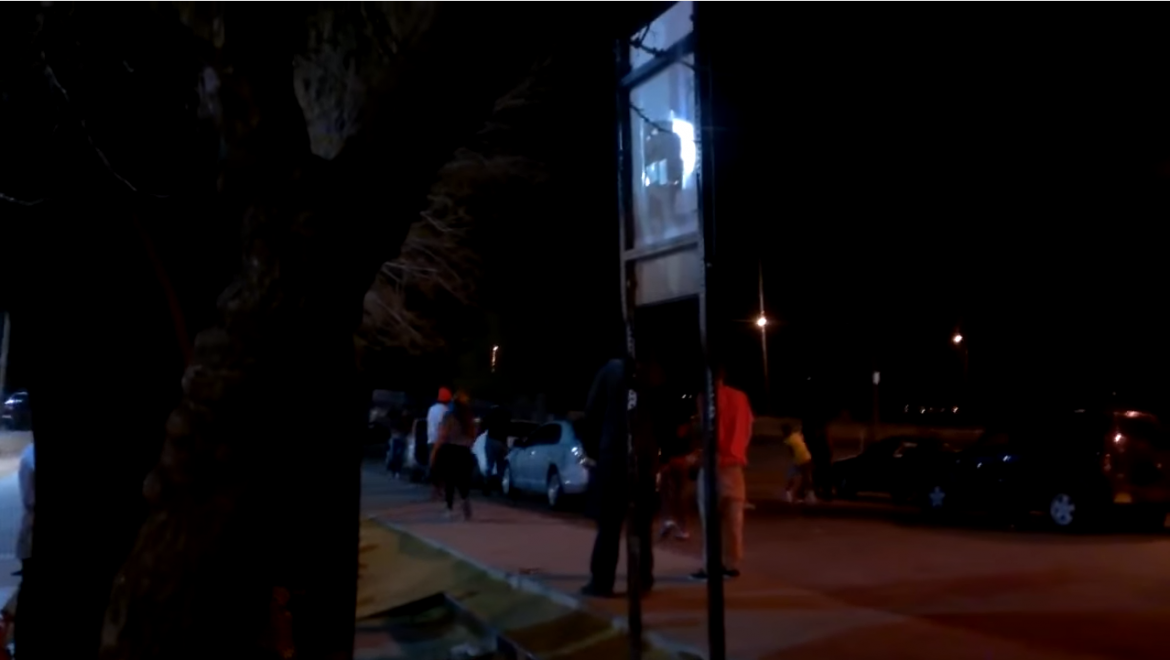 State District Court Judge Christian Argryes let Buchanan, 24, stay free, and she imposed no special conditions of release on him, said attorney Greg Payne, who is representing Lewis’ mother in a civil case and who was in court during the arraignment. Argryes said Buchanan has to refrain from excessive use of alcohol and can’t do drugs, but she refused to order him to not have guns, as the District Attorney’s office had requested.

And Payne said that since Buchanan doesn’t have to report to authorities about his conditions of release, there is no mechanism for authorities to ensure that he meets the limited terms.

Buchanan was indicted on May 25 on charges of trafficking by possession with intent to distribute cocaine, possession of drug paraphernalia, concealing his identity and resisting, evading or obstructing an officer.

“This is a guy with a history of drug trafficking, gun violence; he is facing second-degree felony charges,” Payne said. “He doesn’t have to post any financial bond, and there’s no drug or alcohol testing, no ankle bracelet, and, given his history with guns, he is still free to carry a gun.”

Buchanan has not been charged in connection with Lewis’ shooting, which occurred during a brawl at the skate park on March 22, 2015. But as of early June, District Attorney Kari Brandenburg’s office finally received the full case file on the skate park shooting from the Albuquerque Police Department. She is reviewing the case for possible charges against Buchanan, Brandenburg told ABQ Free Press.

The fight broke out between two groups at the park—one of mostly white skateboarders celebrating a birthday, and another group of mostly African-Americans, who were also having a party—after a skateboard was apparently stolen.

Dozens of shots were fired, and it’s not clear who fired the first shot. Buchanan said he shot Lewis in self-defense, but the 17-year-old was shot in the back. Lewis’ family said Jaquise didn’t have a gun and that he fired no shots that night.

Out on Bond When Shooting Occurred

At the time of the shooting, Buchanan faced the drug trafficking charges. Those charges were eventually dismissed, and then refiled by Brandenburg’s office. At least two preliminary hearings were scheduled in the case, but they never occurred because the APD officers didn’t show up for court, Brandenburg said, adding that her office then took the case to a grand jury, which indicted Buchanan on the charges.

Buchanan has had other interactions with police since shooting Lewis. Three-and-a-half weeks after the Los Altos shooting, police were called to Buchanan’s apartment after he apparently dropped his gun and fired a shot that went through his kitchen floor and into his neighbor’s apartment. Police said it was an accident and no charges were filed. And, police apparently didn’t test the gun to see if it was the same one that was used to shoot Lewis.

On May 16, Buchanan got into a fight with a man at a 7-Eleven store and fled as the man he assailed fired 17 shots at him. The incident occurred around 7 p.m. at the store at 13601 Copper Ave. NE. Miguel Ortega, 36, was in the store buying beer when Buchanan entered the store, approached Ortega and “pushed him high in the chest with both hands,” according to the criminal complaint against Ortega.

The two exited the store and Buchanan pushed Ortega to the ground “where he punched him multiple times in the head and body,” the complaint said.

Ortega got away from Buchanan, and then proceeded to fire 17 shots at Buchanan from a semi-automatic handgun as Buchanan fled west on Copper, the complaint said. Ortega was charged with aggravated assault with a deadly weapon, and bringing a firearm into a liquor establishment. No charges were filed against Buchanan.

Lewis’ mother, Munah Green, was in the courtroom with Payne to observe Buchanan’s arraignment. Payne said that after Buchanan was released on his own recognizance, he smirked at Green.

“He walked out of the courtroom smirking, because he is one smug SOB,” Payne said. “He has every right to be smug because APD and the judicial system are looking out for him.”