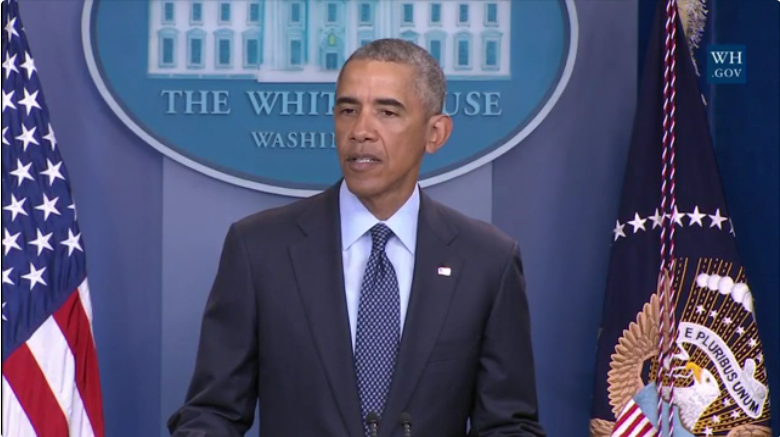 New Mexico politicians weighed in on the tragedy in Orlando where dozens of people at a LGBT club were shot to death and dozens others injured.

Police identified the suspect as Omar Mateen. Information is still coming in on the shooting.

President Barack Obama called it “an act of terror and an act of hate.”

His full address, the 15th post-mass shooting massacre since he took office, is embedded below.

Gov. Susana Martinez did not issue a statement but did speak to the Albuquerque Journal, according to a tweet from the paper’s capitol bureau chief Dan Boyd.

“The shooting in Orlando, Florida was a heinous act of violence and has no place in our society. May the families and loved ones of the victims feel the support of the entire nation. As we learn more about this attack, it is clear we will all be seeking answers to what more can be done to make our communities safer.”

U.S. Sen. Tom Udall:
“I am grief-stricken by the news from Orlando—yet another mass shooting in the United States, and the worst in our history. We must keep the victims and their families in our hearts while we search for more information about how and why this crime happened. But it’s clear that it was an act of terror, that the killer was filled with hatred and had a powerful assault weapon and the intent to massacre innocent people. It’s all the more horrifying that this tragedy occurred in an LGBT business during Pride Month, at a time when we celebrate our diversity and triumph over hate. An attack motivated by hate is an attack on us all.

“We will learn more details over the coming days, and we will take appropriate action. Our nation is strong, we will not be intimidated, and we will defeat international terror groups wherever they operate. In the meantime, we must pray for Orlando, the victims and their families and come together remembering that what makes our nation great is respect for all people.”

“Today our nation grieves in the wake of shocking news that 50 people were killed and more than 50 people were injured in a mass shooting in Orlando.  This heinous crime has left us searching for answers and in the coming days we will learn more behind the motivation, which was no doubt rooted in hatred.  In a month when our country celebrates the contributions of the LGBT community, this attack is particularly distressing.  My thoughts and prayers are with all those who were killed or injured, as well as with the people of Orlando and the LGBT community.”

“Like many friends and neighbors in New Mexico, my first reaction this morning was to question how this act of hate and terror in Orlando could occur just hours after we joined together in Albuquerque for a joyous celebration of love for one another. That celebration of love defines us as Americans, not the hate and terrorism that is meant to divide us. No doubt, we must grieve for the tragic victims of this mass shooting. They were our sons, daughters, brothers and sisters, probably celebrating just as we were doing Saturday along Central Avenue. They and their families are in our prayers. I will also take the time, as I continue to contemplate what happened, to reflect back on that celebration of love. I refuse to let terrorism win.”

“In this immediate aftermath of what is clearly a tragic and despicable attack, our thoughts must be with the victims. Regardless of what the motivation is ultimately found to be, this violence against innocent people simply going about their lives is both cowardly and infuriating.

We must allow the authorities to do their jobs, understand how this attack came about, and then respond accordingly. It is not a time to either politicize or jump to conclusions.”