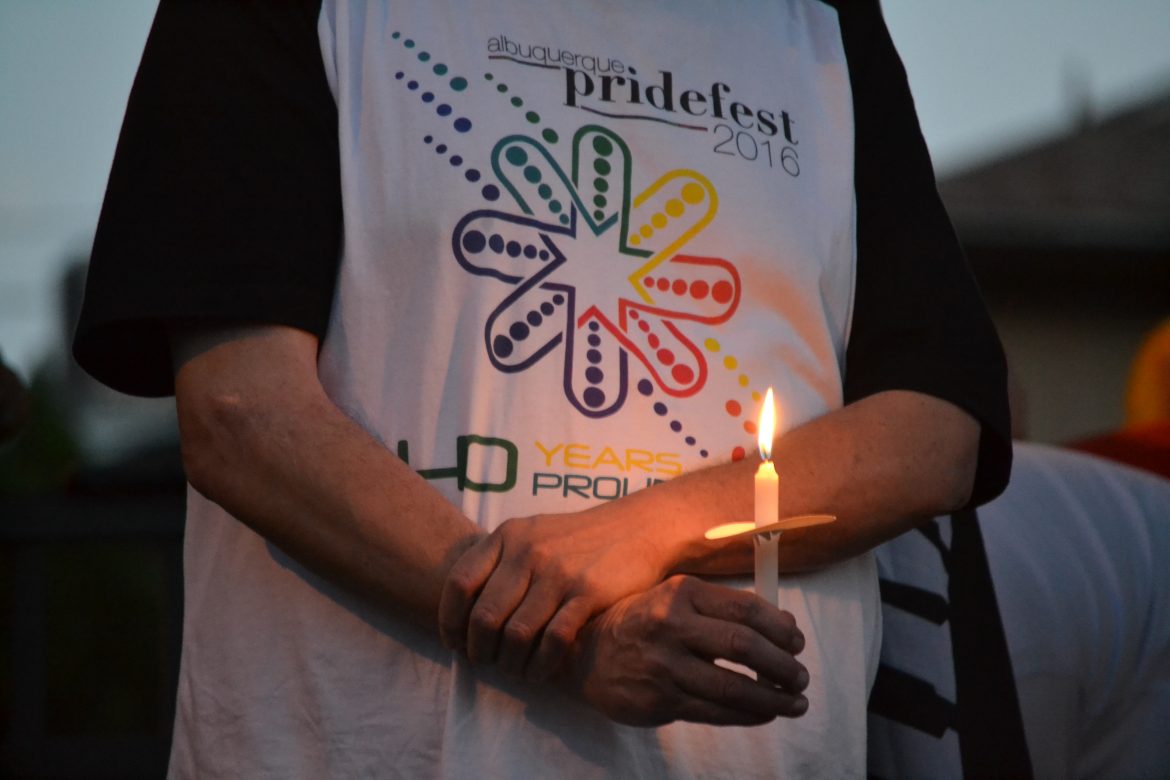 Sunday night, hundreds of people gathered in Albuquerque to mourn the deaths of dozens of patrons at a LGBTQ club in Orlando who were shot and killed.

Police identified Omar Mateen as the man who killed those in what President Barack Obama called “an act of terror and an act of hate.”

Mateen allegedly pledged to the terror group ISIS before shooting dozens at the club.

A sign calling for an end to gun violence