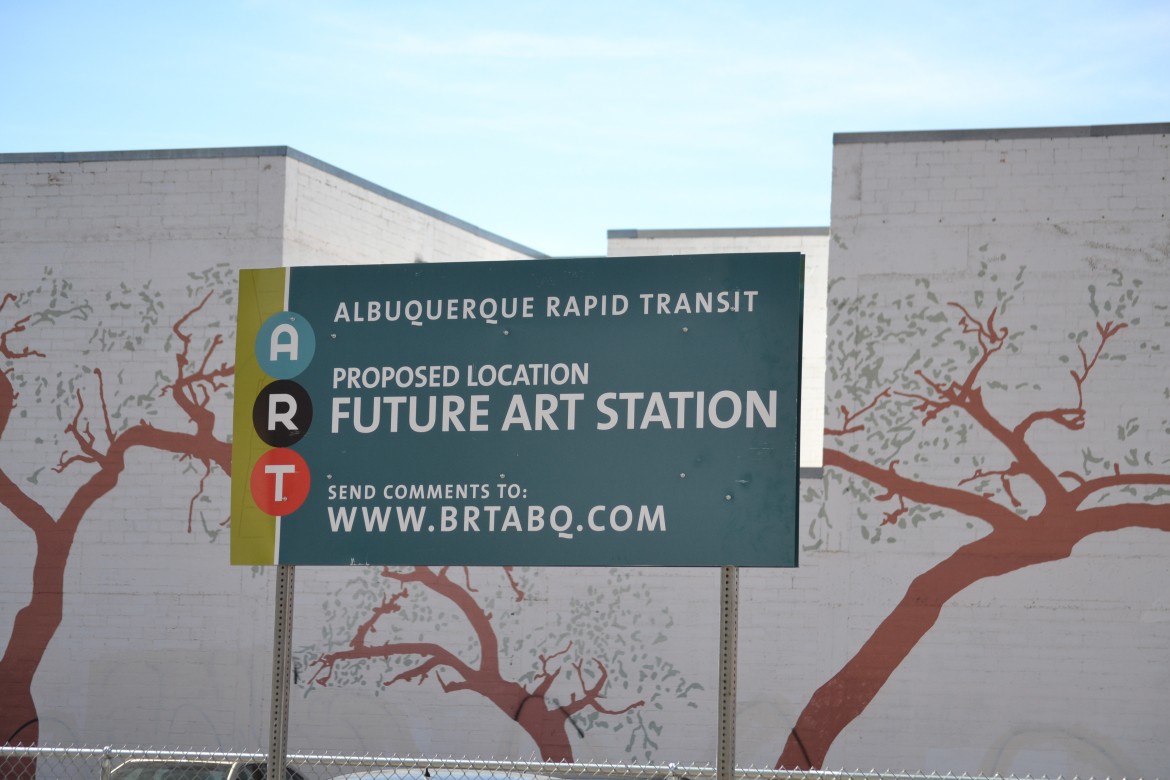 Mayor Richard Berry’s $119 million bus rapid transit project down Central Avenue will create traffic congestion where none exists and will have to be junked in 19 years to alleviate the congestion it created.

That’s not a line from a satirist or comedian, it’s the city’s own assessment of the project submitted in the application it made to get $69 million in federal grant money for ART. And, it’s one of many claims in the city’s 2015 application to the Federal Transit Administration for the grant that don’t make sense, are contradictory or are just plain false, ART critics said during a recent meeting to discuss the project.

But the biggest jaw-dropping revelation revelation during Thursday’s meeting by ART critics who have analyzed documents related to the ART project was this:

The city’s own federal transit application shows that, currently, there is no real traffic congestion on Central along the proposed 10-mile ART route. It shows that after ART is built, there will be congestion that ART created, according to attorney Yolanda Gallegos, a co-counsel in a federal court lawsuit that is seeking an injunction against ART.

The city’s own data submitted to the FTA show that after ART is built, with its dedicated bus lanes down the center of Central, 15 intersections along the route in the morning rush hour will be more congested than they now are. During the afternoon rush hour, that number increases to 32 intersections, Gallegos said. And by, 2035, congestion would be so bad that ART’s dedicated bus lanes would have to be junked and the central portions of the street returned to full traffic lanes.

ART’s Failings, in the City Hall’s Own Words

“Under 2035 build conditions, many intersections will perform deficiently due to insufficient capacity or green time for general purpose traffic, or other physical constraints,” the city’s grant application said. The application identified at least eight intersections that would be congested. The application went on to say how that future congestion could be alleviated.

The revelation that ART might have a mere 19-year shelf life outraged two project critics.

Jean Bernstein, founder and owner of the Flying Star restaurant, a plaintiff in one of the federal court lawsuits against ART, said building something through an 80-year-old-plus historic district that might have a mere 19-year life span is crazy.

Bernstein also said that Berry’s assertion that ART is an economic development project is fantasy.

“There is no question that this is not economic development, this is real estate development, and they are not the same thing,” Bernstein said. “Economic development would create more jobs, but building office space and apartments does not do that. It’s our impression that the details of this plan have not been analyzed by anybody.”

ART critic Pete Dinelli, a former city councilor and two-time mayoral candidate who lost in a landslide to Berry in 2013, said he was astounded that the project would potentially have to be scrapped in order to alleviate the congestion the project itself  created. He called ART a handout of public money by Berry to the construction industry — an industry Berry worked in before he became mayor.

“To me, all this is is Mayor Berry trying to come up with a legacy, and he is doing that by throwing money at his construction buddies,” Dinelli said. “You have groups of very greedy contractors and they see this pile of $69 million of free money. It’s not free money; it’s taxpayers’ money.”

Bernstein’s lawsuit alleges that the FTA improperly gave the city a pass on having to do an environment assessment of the ART project, or a much lengthier environmental impact study. Instead, the FTA granted the city a “categorical exclusion” from having to do an environmental study a mere seven business days after receiving the city’s 1,800-page application for the exclusion — according to a legal brief filed by Gallegos and other attorneys in the case. The brief said the FTA didn’t give the application the “hard look” as environmental laws require.

Gallegos said she knows of no other recent mass transit project in the country in recent years that has gotten a categorical exclusion from the FTA.

“Our reviews show that the FTA neglected to look at the data that was right under their noses,” Gallegos said.

The city lied on its application for the exclusion about there being no opposition to the project, Gallegos said.

Gallegos and others said that ART just won’t fit on Central and that the city’s long-standing promise of wider sidewalks along the entire route is a lie. The street’s right of way varies from 70 feet to 100 feet. But, that right of way extends from the faces of the buildings on either side of the street, not from the curbs, retired urban planner Paul Lusk said. Each ART lane will be 13 feet wide, meaning that the two ART lanes will be 26 feet wide. One lane in each direction for regular vehicular traffic, and parking lanes, means there really isn’t much room for wider sidewalks.

“No matter how the city tries to shove this design on this street, it doesn’t fit,” Gallegos said.

The stakes are high

According to Lusk, ART will eliminate 241 left turn lanes, 165 parking spaces and lead to the removal of 217 mature trees. It will also add 10 more traffic lights along the 10-mile stretch.

Bernstein’s lawsuit is asking a judge to order the FTA to revoke the environmental pass it gave the city and order the city to do an environmental assessment, at the minimum. A hearing in the case is expected in early July, and the judge is expected to rule on the request for an injunction by July 15. The city has said it wants to begin construction on ART in late July.

Gallegos also said that the city has yet to receive permission from the FTA to actually spend the $69 million in ART grant money.