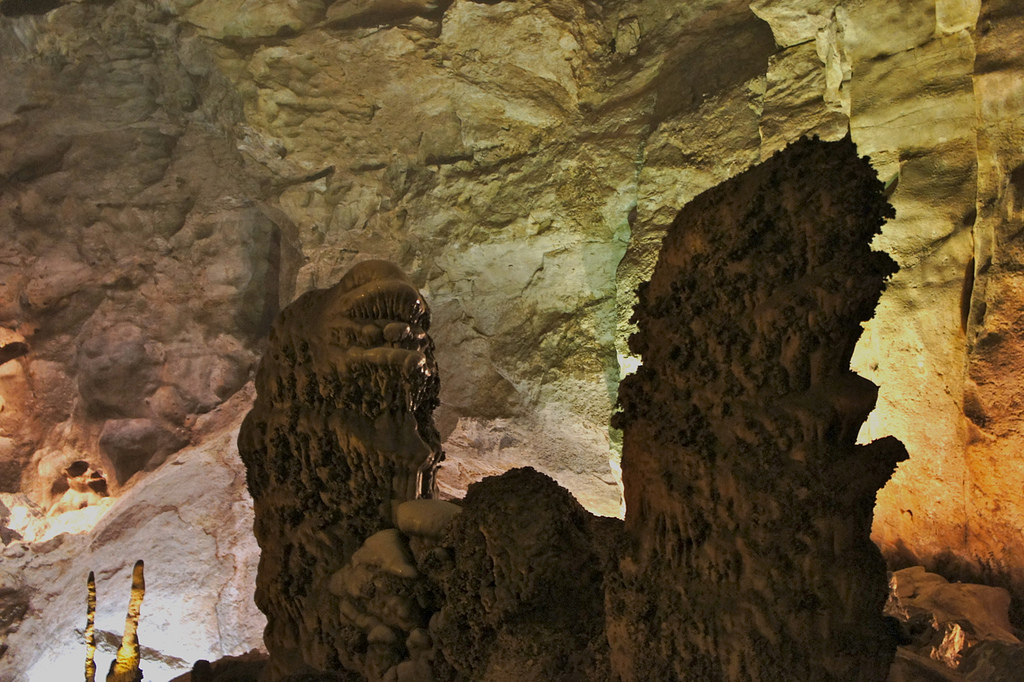 The First Family touched down in New Mexico Friday afternoon in Roswell, greeted by dignitaries including Gov. Susana Martinez, then headed to Carlsbad Caverns via a caravan for a private tour.

President Barack Obama, First Lady Michelle Obama and their daughters Malia and Sasha dressed warmly in cavern, which was nearly 50 degrees cooler than the sun-drenched surface.

“How cool is this?” Obama while in the “Big Room,” one of the most recognizable features of Carlsbad Caverns, according to reporters. The room is 754 feet underground—the equivalent of a 75-story building. The tallest building in New Mexico is at Albuquerque’s Civic Plaza and is 351 feet tall.

Before the Obamas even landed, a cashier at Carlsbad Caverns who worked for the Park Service expressed excitement that she might be able to meet Obama.

“I think it’s exciting,” she told a reporter. “It will just be neat to see a president in Carlsbad.”

The First Family went to Carlsbad Caverns to celebrate the 100th anniversary of the National Parks Service. They will travel to Yosemite National Park this weekend.

In New Mexico, Obama protected the Organ Mountains-Desert Peaks National Monument in 2014 through a presidential proclamation.

In addition to Martinez, First Gentleman Chuck Franco and Roswell Mayor Dennis Kintigh greeted Obama on the tarmac in Roswell.

Martinez gave the president a University of New Mexico basketball jersey and a piece of the original floor from The Pit, according to Albuquerque Journal reporter Dan Boyd.

Information in this came from the White House Pool Report