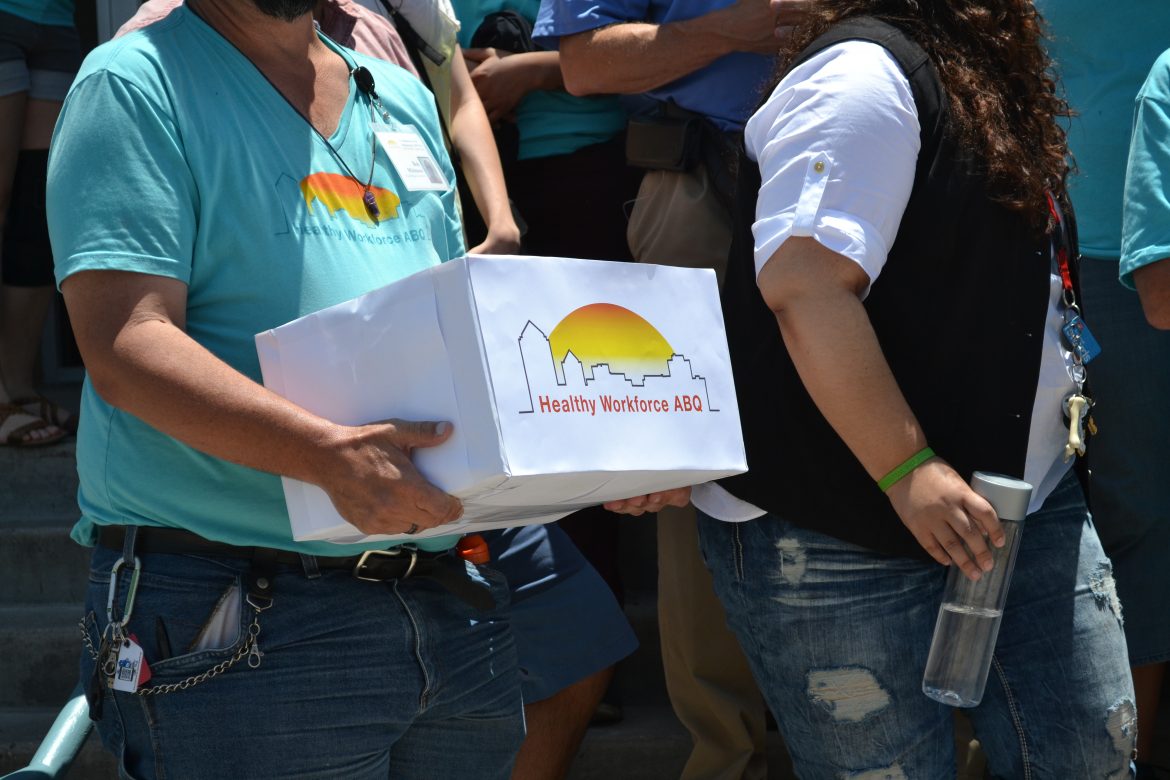 A coalition advocating for paid sick leave in Albuquerque announced Monday that they reached the halfway point of their self-imposed petition goal.

Healthy Workforce ABQ, a group comprised of a number of left-leaning organizations, delivered more than 10,000 petition signatures to get a initiative asking voters to approve mandated paid sick leave in the workplace on Albuquerque ballots in November.

Adriann Barboa, a field director for Strong Families New Mexico, is helping with the sick leave campaign and told NM Political Report the goal is to get twice as many signatures as required by the city in case some are disqualified.

“We want to get more than double so that we have for sure the solid number we need and that’s not a question,” Barboa said.

Ballot initiatives require a minimum of a little more than 14,000 valid signatures, but the city often deems signatures unqualified if the signer is not registered to vote in the area or their addresses are written down incorrectly.

On Monday afternoon, a group of about 40 supporters showed up on the steps of the Albuquerque City Clerk’s office to deliver the box of signatures.

If passed, the proposal would require employers to provide workers with one hour of sick leave for every 30 hours worked. Organizations like the Greater Albuquerque Chamber of Commerce and the New Mexico Restaurant Association have been outspokenly against legislating how businesses handle sick leave for employees.

If the Albuquerque City Clerk determines enough qualified signatures, the issue goes before the City Council. Councilors could either approve the measure or opt for voters to decide in the fall election.

Healthy Workforce ABQ has less than a month to submit the rest of the signatures, but the group that delivered the signatures did not lack optimism on Monday as supporters chanted, “Si se puede.”