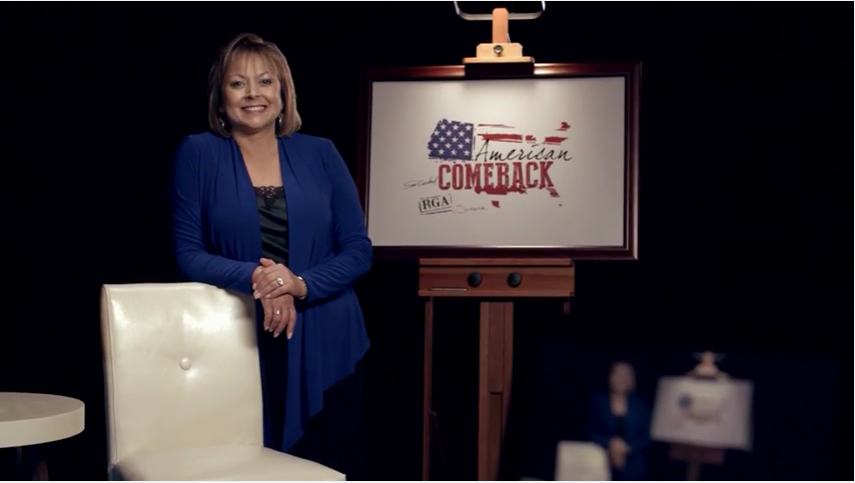 Gov. Susana Martinez still hasn’t endorsed Donald Trump, but unlike many other high profile Republicans, she’s at the Republican National Convention where Trump will be formally nominated and she appeared in a video that played at the convention center.

“It’s not about us as elected officials, it is about the people we represent,” Martinez said in the video, which is embedded below.

“We are working extremely hard to make New Mexico more competitive,” she said. “We’ve understood that New Mexico has not been competitive for many years. We’re working hard at reducing our taxes for the families and small businesses in New Mexico.”

The video will likely be the only time Martinez appears in an official capacity at the RNC.

In the past, Martinez clashed with Trump. While at a rally in Albuquerque, Trump took aim at Martinez, who did not attend.

Later, Trump said he believed Martinez would “come over” and endorse him. She has not so far.

She said recently that she did not plan to speak at the convention. Martinez was not included on the schedule of speakers released by the Republican National Convention.

Martinez was given a high-profile speaking spot in 2012 at the convention where Mitt Romney was nominated.

The video appeared early Monday, before the short-lived chaos over whether or not there should be a roll call vote on the rules committee’s report. A roll call vote would have set the stage for anti-Trump forces to make a point, even if the rejection of the rule committee report was unlikely.