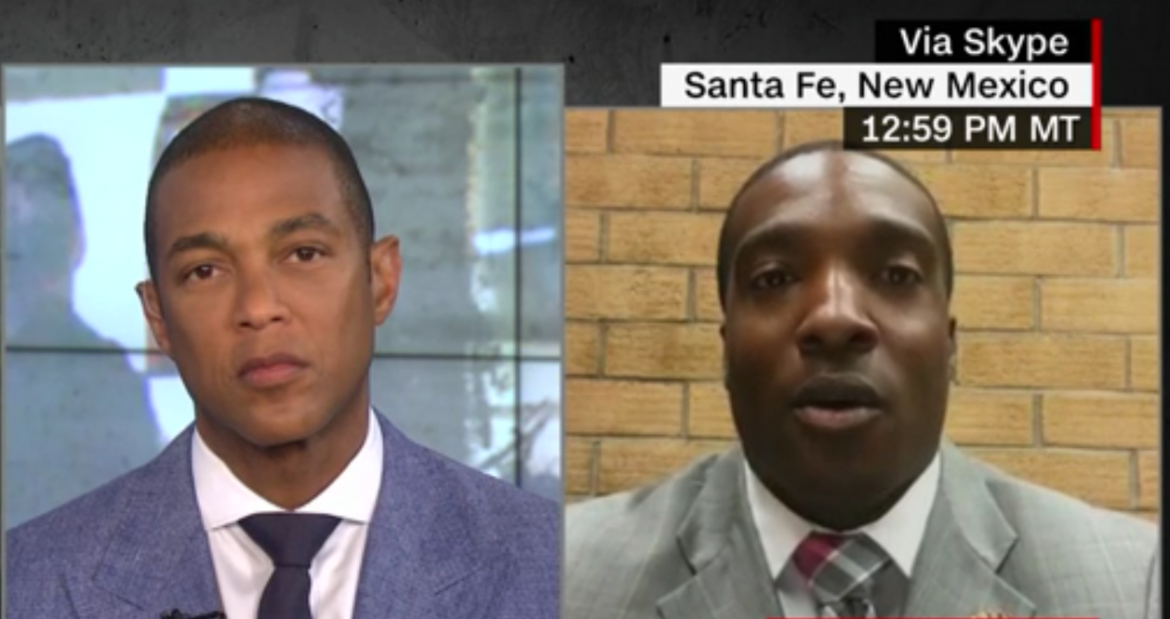 A black police officer in Santa Fe called the state capital city “one of the most racist places I’ve ever been.”

Anwar Sanders spoke to the Albuquerque Journal for an article published this Sunday and made the remarks.

“This is probably one of the most racist places I’ve ever been,” he said.

“What’s painfully clear from the article is Santa Fe is not exempt from the Racism we see playing out across the country,” Gonzales wrote. “While the journey will be long and filled with disappointment we know to make progress in ending racism we have to start at home.”

Sanders is no stranger to wading into talk about race and the tensions between black residents and police officers.

This July, Sanders took part in a discussion on NPR and mentioned people being racist toward him while he is in uniform.

“So when I’m on a traffic stop, and I’m dealing with somebody who’s racist, and they go and, say they complain or something, it’s hard for me to deal with that and not be like well this person’s just a racist because you’re still—you’re talking to someone who just doesn’t get it because they don’t have to go through that,” he said. “So, to me, it’s the on-duty part where you have to remain professional. You just – you’re held to a higher standard, and, to me, that’s the hardest part is the racism on duty because you have no defenses, like, nobody that’s defending you.”

In 2014, Sanders wrote an open letter to black protesters. The letter appeared on the website The Grio.

“To be frank, the misperceptions and vitriol directed towards law enforcement frightens me. I’m fully aware that not all or even most of you think that law enforcement is out to eliminate black men. But there is a loud minority who, along with elements in the media – particularly social media – is spreading a dangerous narrative about law enforcement. This only creates a greater rift between police departments and communities of color and will ultimately result in more misunderstandings and more loss of lives.”

Since then, Sanders has occasionally appeared in national outlets to speak about the issue of race and policing.

This includes recent appearances, after the Dallas shooting where a gunman shot 11 police officers, killing five.

Sanders appeared on CNN the day after the shooting and said he felt like he was on “both sides” noting that he is not in uniform, he is treated differently than while in uniform.

When asked if he feared police when not in uniform, he said he did.

“Yesterday, I forgot my wallet and I had my gun,” Sanders said. “And I was pretty nervous.”

Sanders noted it was “a different kind of day” because this was the day after the Dallas shooting and police may think someone walking up to ask a question is going to ambush them.

On NPR, Sanders said something similar.

“I’m a black man, and when I’m off duty, I look like these other black men that are getting killed on the news,” he said during the panel discussion.

The interviews came before the killing of three Baton Rouge police officers by a man from Missouri.

The man, who is black, was a former Marine sergeant and member of an anti-government group, according to the Wall Street Journal.