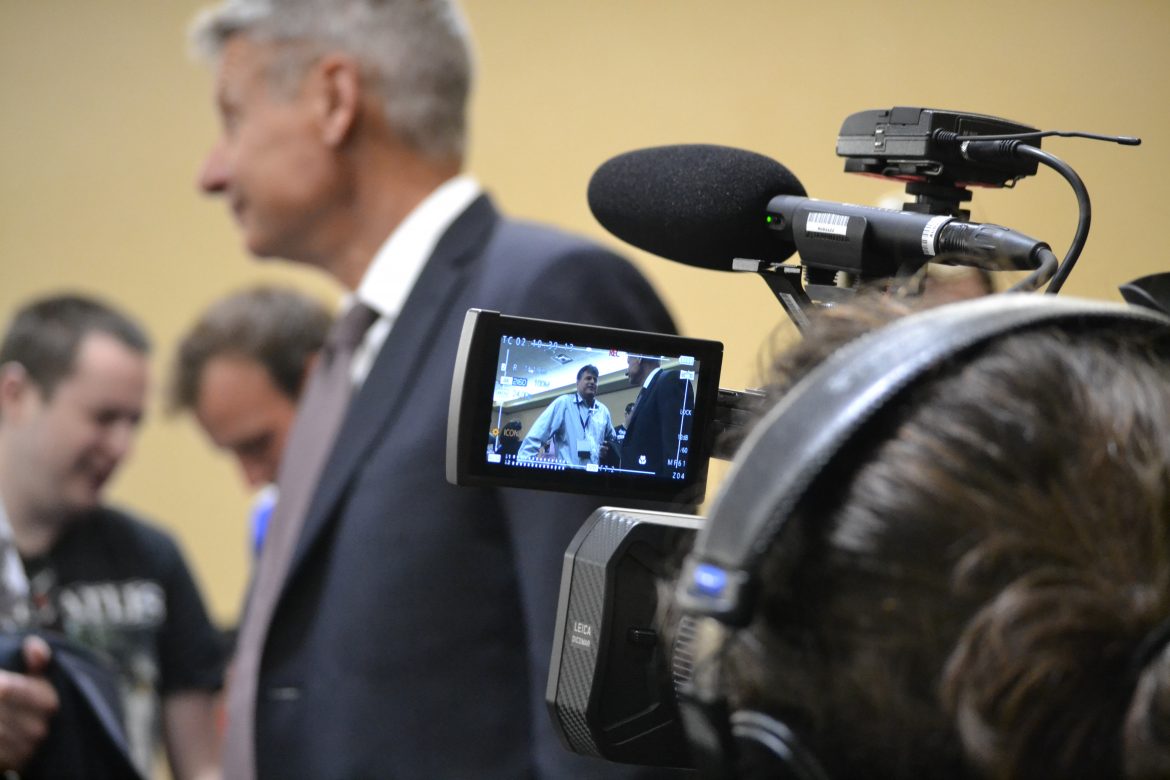 Reason Magazine, a free-market publication, spoke with Johnson outside the Quicken Loans Arena about his thoughts on the GOP and the former two term governors platforms. Editors Matt Welch and Nick Gillespie took questions from the surrounding crowd and confirmed that at least one attendee planned to change her party affiliation.

On unnamed woman said she was an alternate delegate from Washington State and that she was unsatisfied with the GOP’s pick for president.

“I have to say unfortunately half the job was done by Trump,” the woman said.

She went on to say she would change her voter registration and vote for Johnson. Johnson responded by kissing the woman on the cheek.

Johnson maintained that he was not in Cleveland to cause problems or make a big deal of his presence.

When asked whether there was a chance he might be enticed to go back to the Republican Party, Johnson answered, “no” with a hyperbolic qualifier.

“There is no hope,” Johnson said. “The GOP has nominated Donald Trump.”

Johnson did, however, defend Donald Trump’s wife Malania over her apparently plagiarized speech, saying candidates’ spouses are too often thrust into the public eye.

“Malania should not be faulted for what may be plagiarism,” Johnson said.

Johnson answered a handful of questions from the crowd regarding drug and foreign policy and reiterated his view that the United States economy is headed for a “sharing economy” or what he commonly refers to as “Uber everything.”

The casual interview was slightly derailed at times, most notably when Johnson realized he lost his iPhone. When asked why 2017 would be better than 1917, Johnson went to retrieve his phone to illustrate how technology has rapidly changed over the years. When he discovered it was missing it was hard for him to focus on any other questions.

“Maybe I left it in the cab,” Johnson wondered aloud.

“Shit,” he said before jumping back into the interview.

Johnson’s poll numbers are slowly moving up, but he has yet to break the barrier of 15 percent in select national polls  keeping him from the national debate stage.