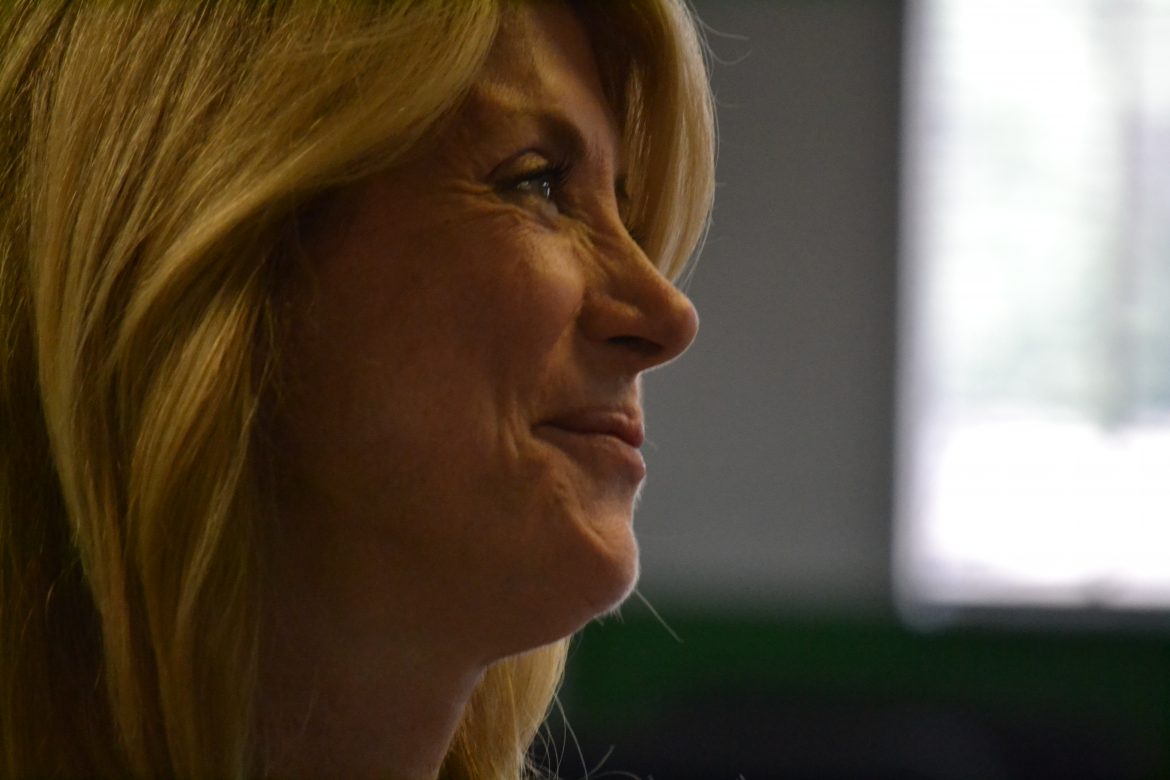 “I’m like a kid meeting Beatles,” Thompson said as she introduced Davis to the group.

Thomson is running to reclaim her state House seat.

Davis spoke to the group of about 30 people about her experience in the Texas state Senate  her filibuster of a law that would eventually limit women’s health clinics.

Davis made headlines when she stood and filibustered for 11 hours, running out the clock on a special session. The bill would go on to become law in a second special session, but the United States Supreme Court recently overturned the law in a high-profile decision.

Davis told the group that the decision was a win, but called on advocates to continue to push for women’s rights. She said Texas lawmakers in favor of abortion restrictions will likely make it harder for clinics to reopen.

“Our foot has to stay on the gas pedal,” Davis said.

Davis told NM Political Report the closure of many clinics in Texas is still “stressing” the remaining clinics and that New Mexico will probably see “similar stresses.”

“In Dallas, women are seeing wait times of 20 days or longer,” Davis said.

Other topics of discussion included engaging men and younger people in the discussion of women’s reproductive rights.

“We forget sometimes we need to pass the torch,” Davis said of involving college students.

Davis also encouraged men to be vocal about women’s rights.

“I love it when I hear a man refer to himself as a feminist,” Davis said.

Davis is set to stump for Hillary Clinton in Santa Fe on Thursday and managed to mention her admiration for the presumptive Democratic Presidential nominee, though she said that wasn’t her intent. When asked about how to deal with losing gracefully, Davis pointed to her recent colorfully titled essay as well as Clinton and said a loss should be taken in stride.

After Davis’ time in the legislature she unsuccessfully ran for governor of Texas, where she lost by a wide margin to Greg Abbott.

Davis was recently named as a member of the Emerge America advisory board and earlier this year launched Deeds not Words, a nonprofit group aimed changing policies across the United States. Davis also hosted a fundraiser Wednesday night for women running for state House.