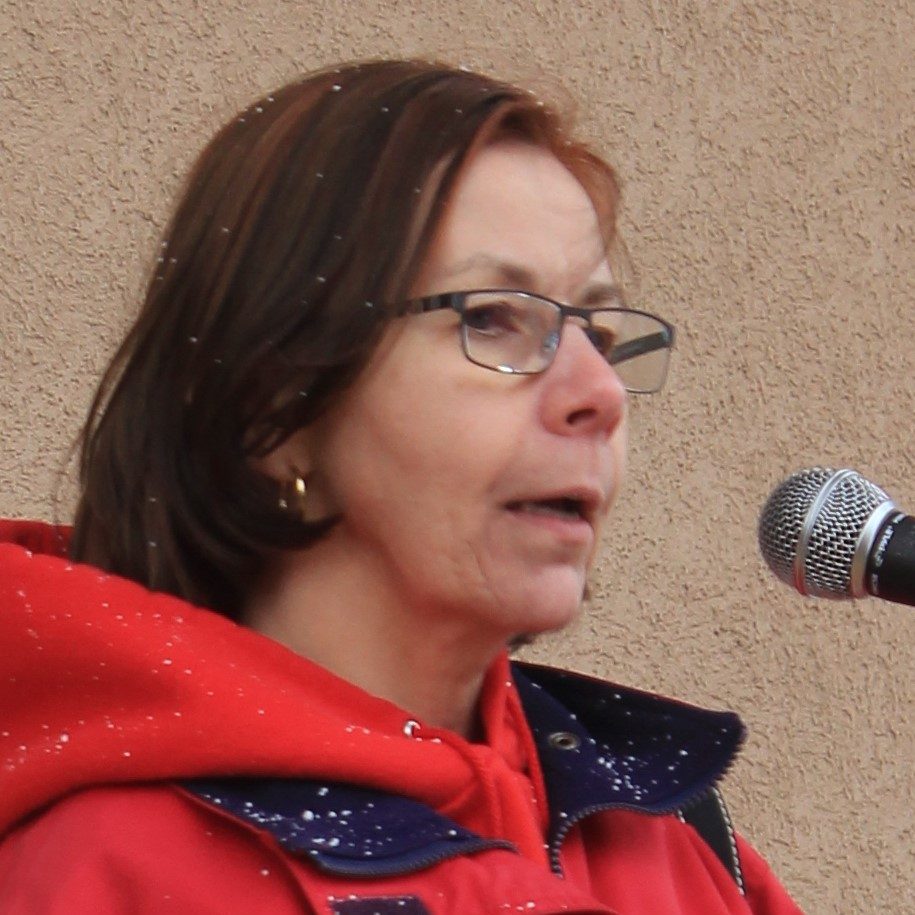 New Mexico has a serious problem—a barren economic landscape which, among other things, is choking the ability to balance the state budget.

That is not just a serious financial problem. It is a serious problem affecting the lives of so many New Mexicans already suffering from economic stress and lack of a hopeful future.

Lorie MacIver is President of District 1199 NM of the National Union of Hospital and Health Care Employees, representing over 5,000 health care workers in New Mexico.

Even the editorial board of the Albuquerque Journal recognized this when they recently wrote:

“… New Mexico needs a plan sooner rather than later. The administration and lawmakers should get ready to mark off time in Santa Fe on their 2016 calendars.”

While revenues are down due to falling energy prices, lower GRT receipts and a state economy that ranks at the bottom of the barrel nationally, the legislature and governor continue to talk about creating good paying jobs.

So why did legislators and the governor just turn the spigot to our economy down to a trickle?

I am a nurse. I am trained and required by law to advocate for health – not just in the hospital I work in, but in our community.

Worn out state policies for economic growth have not been able to create enough jobs (especially good paying jobs), and that’s bad for all types of health.

New Mexico has been out-performed by all our neighboring states when it comes to employment growth, good health, and protecting our children and vulnerable residents.

These failures come from not recognizing that growing an economy is like growing a garden.

Whatever you grow in your garden, you need: fertile ground; to provide nourishment; and pay attention to the weather and other environmental conditions (in this case economic indicators).

Rotating or alternating your approach was an important lesson learned in addressing the nation’s Dust Bowl devastation in the last century.

But despite the current state of affairs, there is hope if policy makers make a course correction.

Don’t believe me? Well look at this:

In the last year the health care related businesses (that includes hospitals and clinics and doctors’ offices, etc.) added 9,800 jobs in New Mexico. That’s an increase of 7.6 percent – the best we got right now.

If objective voices have identified that health related businesses have produced the highest percentage of job and economic progress, why did both the Legislature and the Governor insert language in the current state budget to cut reimbursement to hospitals, clinics, doctors’ offices, and related operations throughout New Mexico?

The official response to the revenue drought was to turn off the spigot to the only part of the garden that was producing good paying jobs—hospital jobs and other health care jobs.

That decision will prevent over $300 million in federal Medicaid resources from coming into our state’s already dismal economy to shore up the one area in which we have had growth.

That is money that will go to other states instead of New Mexico, deepening the divide between our neighboring states and New Mexico as to success in job and economic growth.

And this decision of the state government to stick its head in the sand while our economy is becoming a modern day dust bowl is disproportionately hurting the most vulnerable.

Medicaid is vital for New Mexico, serving over one-third of our people and supporting tens of thousands of healthcare jobs.

Hospitals are facing cuts that could result in layoffs and possible healthcare facility closures.

Construction plans for growth in healthcare related business – something that is happening almost everywhere EXCEPT New Mexico – will be put on hold or totally abandoned, further hurting the already deeply harmed construction sector of the state economy.

Well there is a way out … a way to hydrate … a course correction.

Hospitals and providers have come out saying they are willing to pay an assessment so that we can draw down the federal matching dollars for Medicaid.

According to a story in the Santa Fe New Mexican published on April 30, 2016, hospital executives:

“are proposing an alternative solution that they say will ensure the program remains fully funded for years to come — and the money would come from their own institutions. They’re backing a new provider fee imposed on clinics, hospitals, nursing homes and diagnostic services such as radiology that would pump more money into direct care rather than cutting dollars. They see the fee as an investment that will allow the state to leverage more federal funds. But Gov. Susana Martinez, who has pledged that she won’t increase taxes, has been slow to move forward with such a plan.”

It is time for action on this proposal.

A few members of the senate on both sides of the aisle agree something needs to happen.

As Republican Senator Steven Neville of Aztec stated recently: “Our priority, whether we get re-elected or not, is to run the state the way it’s supposed to be run.”

And Democratic Senate Finance Chair John Arthur Smith of Deming has written the Governor asking to get ready for a special session.

While not the ‘silver bullet’ to our fiscal crisis, the hospital assessment proposal needs to be in the mix whenever this session takes place – it alone will leverage at least $300 million in additional income for our hospitals and health centers.

That will, among other things, get more people working.

Which in turn means more revenue from not only the hospital assessment, but also from dollars generated by the multiplier effect of spending money in New Mexico’s own back yard.

That is a good thing.