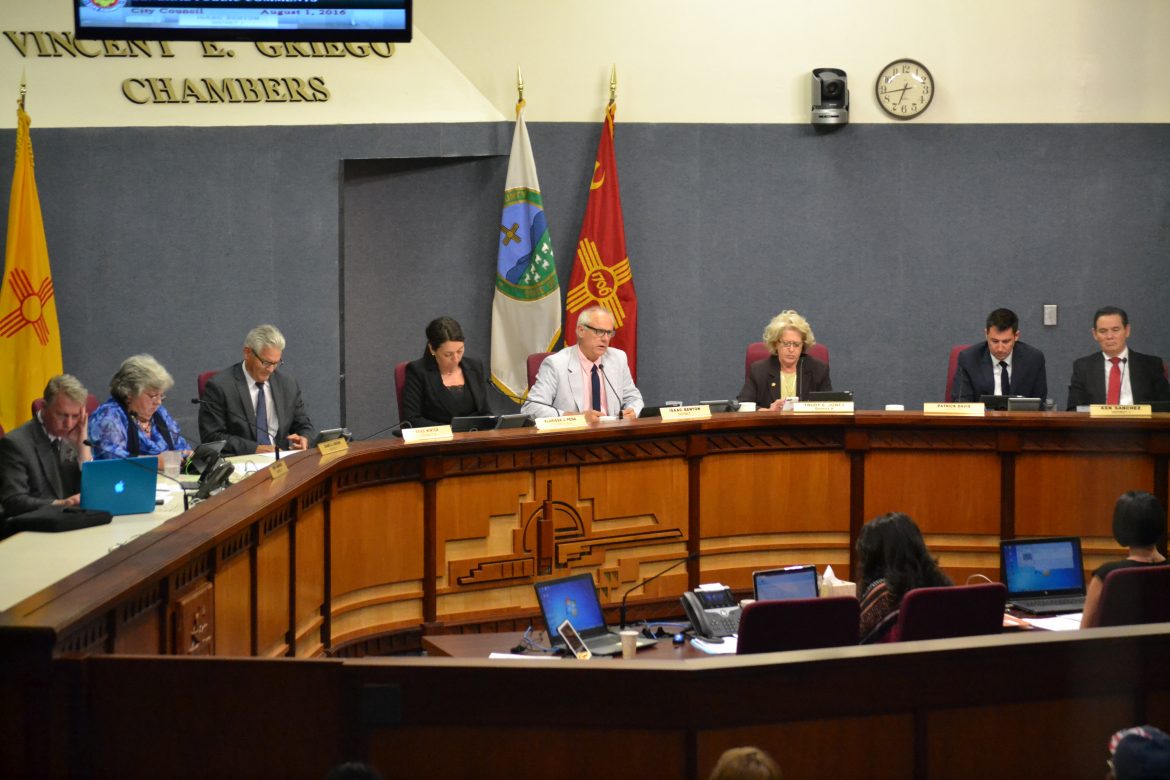 Monday evening, the Albuquerque City Council sent a sick leave ballot initiative to Bernalillo County officials with a request that it go to voters in November.

City Councilor Trudy Jones took a moment to remind members of the public that the Council had no authority to completely strike down the bill.

“We cannot vote against this and defeat it,” Jones said.  “It must go to the voters.”

Councilor Don Harris expressed similar comments, but adding that he didn’t fully agree with the measure.

“As this is written I would have a hard time voting for it,” Harris said, adding that he had some legal concerns.

Before the Council meeting, supporters of the sick leave initiative gathered outside City Hall, along with Rep. Andres Romero, D-Albuquerque, and Sen. Jerry Ortiz y Pino, D-Albuquerque, for a press conference.

Ortiz y Pino said consumers will benefit from workers not being forced to work while dealing with customers and handling food.

“All of us will benefit from this ordinance,” Ortiz y Pino said.

A handful of supporters who spoke in favor of the proposal also argued many workers in Albuquerque cannot afford to take days off when they are sick, which would risk getting others sick if they go to work.

The initiative started from a petition earlier this year. While supporters gathered enough signatures and the Council voted to move it forward, the Bernalillo County Commission still needs to vote on it to place it on the ballot.

Opposition to the measure have generally come from business advocacy groups like the Greater Albuquerque Chamber of Commerce, though there was no opposition represented during public comments on Monday.

The Bernalillo County Commission will decide whether the proposal goes to voters in the general election this November or during the municipal elections in October of 2017.

The timing will depend on how much room there is on the potentially crowded ballot.