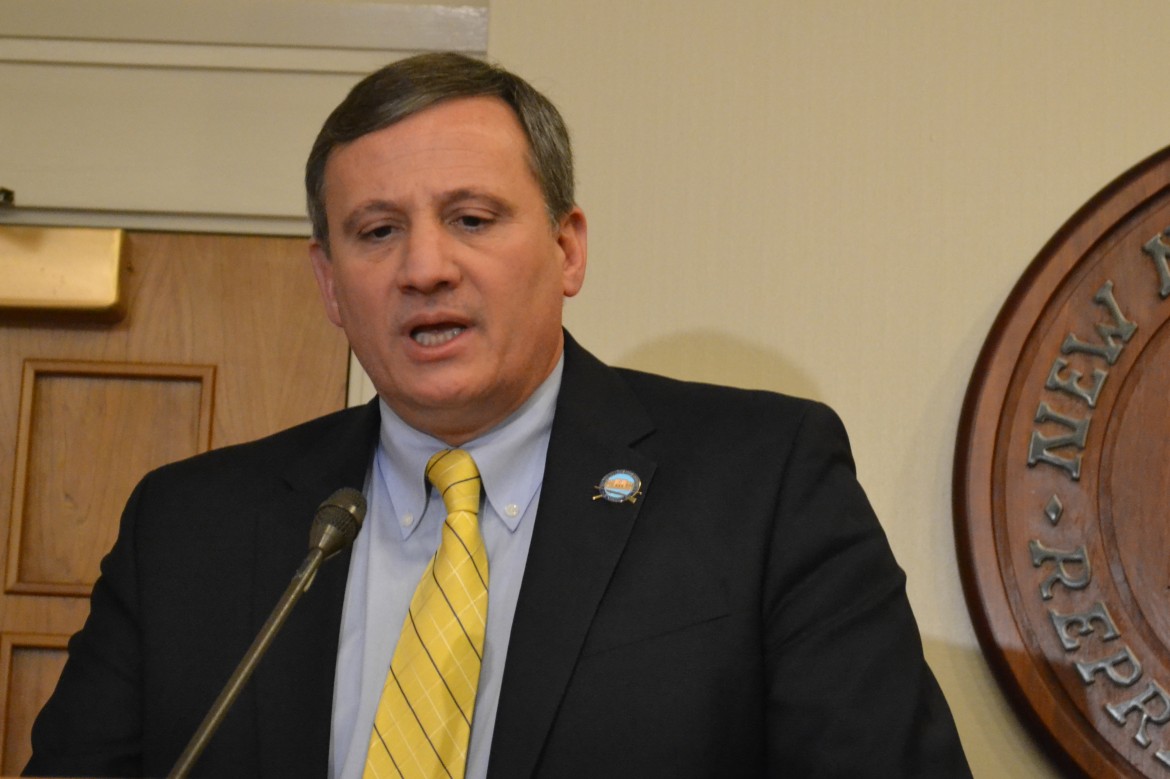 A complaint accuses an Albuquerque state representative of improperly directing state money toward a charter school project overseen by his brother.

The complaint names Paul Pacheco, R-Albuquerque, of the ethics violation.

David Pacheco, an architect and Paul Pacheco’s brother, designed and oversaw construction in early 2015 of a campus building for ASK Academy, a charter school in Rio Rancho. The year before, Paul Pacheco requested $900,000 of state taxpayer money earmarked for capital outlay projects be used for the charter school.

The state ended up awarding $230,000 that year to ASK Academy, which became part of a $6.9 million bond issued to ASK Academy in February 2015. The bond was earmarked for “acquiring land and constructing and equipping an approximately 38,950 square foot building … for use as a charter high school and middle school,” according to the bond statement by the Public Finance Authority.

The complaint, filed by Pat Davis* on behalf of ProgressNow New Mexico** to state Attorney General Hector Balderas, accuses Paul Pacheco of violating the state Government Conduct Act by requesting the money for the charter school without disclosing his brother’s role in building the new facility.

“We have failed to identify any instance where Rep. Pacheco disclosed that a family member was responsible for overseeing disbursements of state funds relating to projects Rep. Pacheco funded,” the complaint reads. “Nor does it appear that the special procurement code process required by law for projects involving legislators’ families was used on this project.”

This lack of the disclosure, according to the complaint, is at odds with provisions under the Government Conduct Act that says state agencies “shall not enter into a contract” with “a legislator, the legislator’s family” or a business that either have an interest in “unless the legislator has disclosed the legislator’s substantial interest.”

The complaint also notes that Paul Pacheco continued to ask for state money going to the charter school the following years, emphasizing that he requested more than $1.2 million total for ASK Academy between 2014 and this year.

Neither Paul or David Pacheco returned voicemails or emails sent Monday afternoon and Tuesday morning seeking comment for this story.

In an interview with KRQE-TV, Paul Pacheco said he didn’t know his brother was a part of the project “until later”—presumably referring to after he made the request during the 2014 state legislative session, which occurred in January and February of that year.

Paul Pacheco also told the TV station that he was a supporter of ASK Academy when it was located in his district and dismissed the complaint as a “smear campaign against me.”
The school’s new building which is in question is not located in Paul Pacheco’s House district.

While the Government Conduct Act requires disclosure of state agencies doing business with a legislator or legislator’s family, it does not explicitly say how lawmakers or state officials should disclose this information.

“The key thing is the legislator must disclose,” Dede Feldman, a former state senator, said in an interview. “However, I’ve got to [ask], where is he supposed to disclose?”

Feldman is an advocate for transparency and good government.

Each year, lawmakers file financial disclosure forms with the Secretary of State’s Office, but this form only asks for employer information from the applicant and the applicant’s spouse. Even then, lawmakers must only  disclose sources of income of $5,000 or above from the year before.

Feldman points out that the current disclosure forms don’t ask about siblings. She said tougher guidance on state disclosure rules “is something that could be fixed in the next legislative session.”

Heather Ferguson, the campaign manager at Common Cause New Mexico, a nonprofit that pushes for good government, pointed to the complexity of the complaint, noting that Pacheco’s brother appears to be a subcontractor of the contractor awarded to build the facility.

“This appears to address the [state] procurement code, which I am not an expert in and is a complicated process, especially in capital outlay,” Ferguson said.

She also praised Pacheco as a lawmaker for going “above and beyond” to support the transparency issues that Common Cause advocates for, noting that he voted yes on bills for greater lobbyist disclosure and the independent ethics commission.

James Hallinan, a spokesman with the Attorney General’s Office, confirmed that his office received the complaint Monday afternoon.

“The matter is under review,” Hallinan wrote in an email. “All complaints received by the Office of the Attorney General are fully reviewed and appropriate action is taken.”

The Attorney General’s office has a policy of not commenting on complaints or investigations beyond acknowledging that the office received the complaint.

Read the full complaint below: