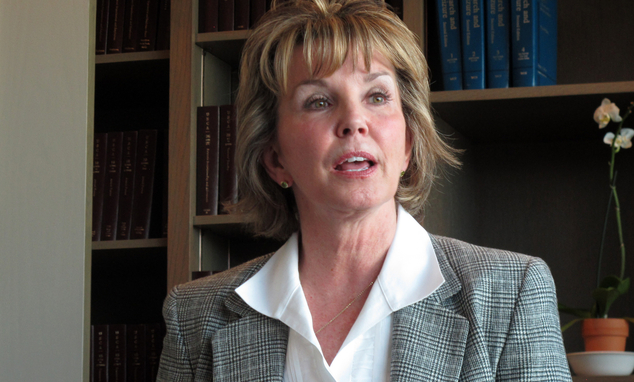 An in-depth profile from a national news publication of outgoing Bernalillo County District Attorney Kari Brandenburg detailed her time in office, while showing the animosity she holds against the current Albuquerque mayor and his administration.

While most of the feature from Buzzfeed focuses on Brandenburg’s career, especially the recent portion dominated by by her feud with Albuquerque Mayor Richard Berry and Albuquerque Police Department Chief Gorden Eden.

She spoke candidly about her dim view of the two to Buzzfeed.

“I absolutely refute making any statement regarding the Mayor,” she said in a statement. “Further, I do not believe it to be true. I reached out to the Mayor to reassure him and I have also contacted the Buzzfeed reporter to dispute the statement attributed to me.”

But Albert Samaha, the reporter who wrote the story, said he stands by his reporting.

“I do stand by the quote and everything else in the story,” Samaha wrote in an email to NM Political Report. “I remember her saying it and I have it in my notes.”

A spokeswoman for Berry said the mayor has “no comment on the article, other than to say public safety and the City’s working relationship with the DA’s office have been, and continue to be, of utmost importance to the administration. We look forward to working together to keep Albuquerque residents safe.”

Much of the story seems sympathetic to Brandenburg—perhaps because the city did not respond to Buzzfeed’s requests for comment—especially when it comes to the fallout after Brandenburg charged two police officers in the fatal shooting of a homeless camper in the foothills of the Sandia Mountains.

Brandenburg, backed by prominent critics of APD, spoke of the retaliation she said she faced after the decision to bring the charges against the two officers, Keith Sandy and Dominique Perez.

Brandenburg has spoken about feeling unsafe after the charges to local media before.

The story also included details of an APD investigation into Brandenburg for possible bribery and intimidation charges related to crimes committed by her son.

APD turned over the files to Attorney General Hector Balderas, whose office found no basis for charging Brandenburg.

“APD’s own analysis of the evidence in this matter leads us to conclude that the decision to delay was based on political reasons unrelated to the alleged conduct of Koch or Brandenburg,” a letter from the AG’s office said.

Update: Added quote from a spokeswoman for Mayor Richard Berry.