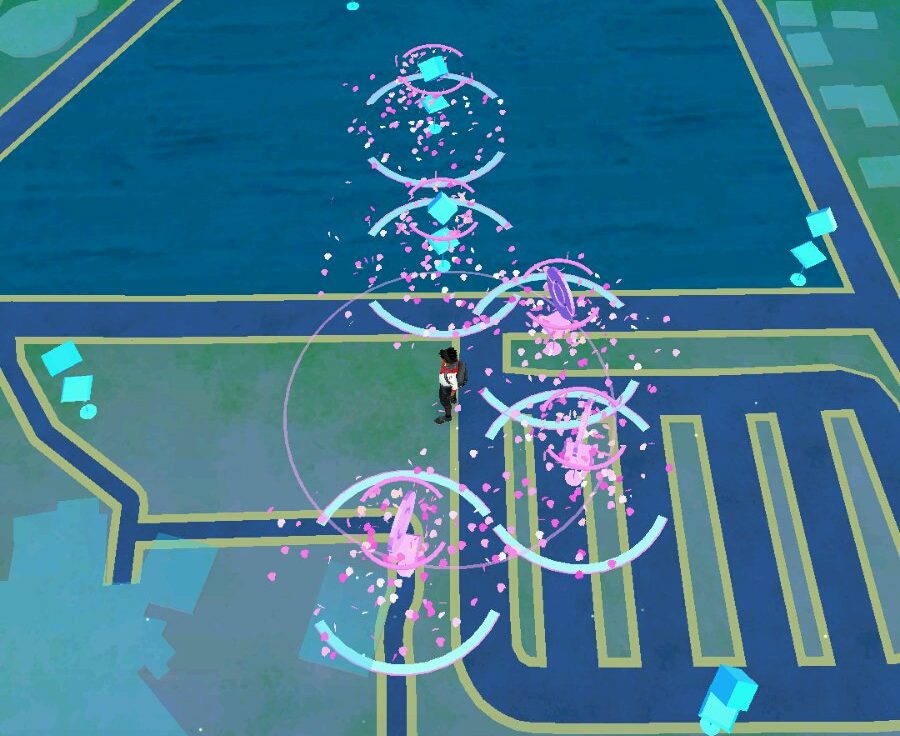 Screenshot of Pokemon Go played near Tiguex Park in Albuquerque.

The advisory did note that the game is a lot of fun and has its benefits (e.g. exercise, being outside,” but warns, “there are a multitude of things that can go wrong while playing.”

“It’s critically important to make sure New Mexico parents and law enforcement are aware of the risks related to predators using these types of apps and games to exploit children,” Attorney General Hector Balderas said in a statement.

The advisory from the Attorney General and his department’s Internet Crimes Against Children Unit warned that the game—which involves capturing virtual creatures on smartphones in real life locations, largely at notable landmarks—could bring children face to face with strangers.

“The game is designed to bring people together. Usually strangers,” the advisory says. “So you never know who they might meet.”

“It’s easy to forget to look where you’re going with this game, but they need to be careful of where they end up,” the advisory states. “There are already stories of people being lured to places that aren’t safe for children.”

If anything, the AG is behind the times when it comes to sending out the advisory. USA Today reported on police and other agencies sending warnings about the app nearly a month ago.

At that same time, the National Safety Council issued a warning about the game.

“Reports of close calls associated with playing Pokémon Go already are rolling in. The Council urges gamers to consider safety over their scores before a life is lost,” the NSC warning read. “No race to ‘capture’ a cartoon monster is worth a life.”

Since the game became available, and instantly popular, last month, there have been several high profile incidents.

Two men in California fell off a cliff while playing the game. Police arrested four men for allegedly luring players to a location then robbing the players at gunpoint. These and other incidents received a high amount of media attention.

Still, much of the media attention was positive, with reports in the early days largely centering on the crowds of people playing the game. The Albuquerque Isotopes, the minor league baseball AAA affiliate of the Colorado Rockies, even hosted a Pokemon Go night at a recent game.

The AG is also concerned about the app asking “for personal information like your child’s birth date and email address.”