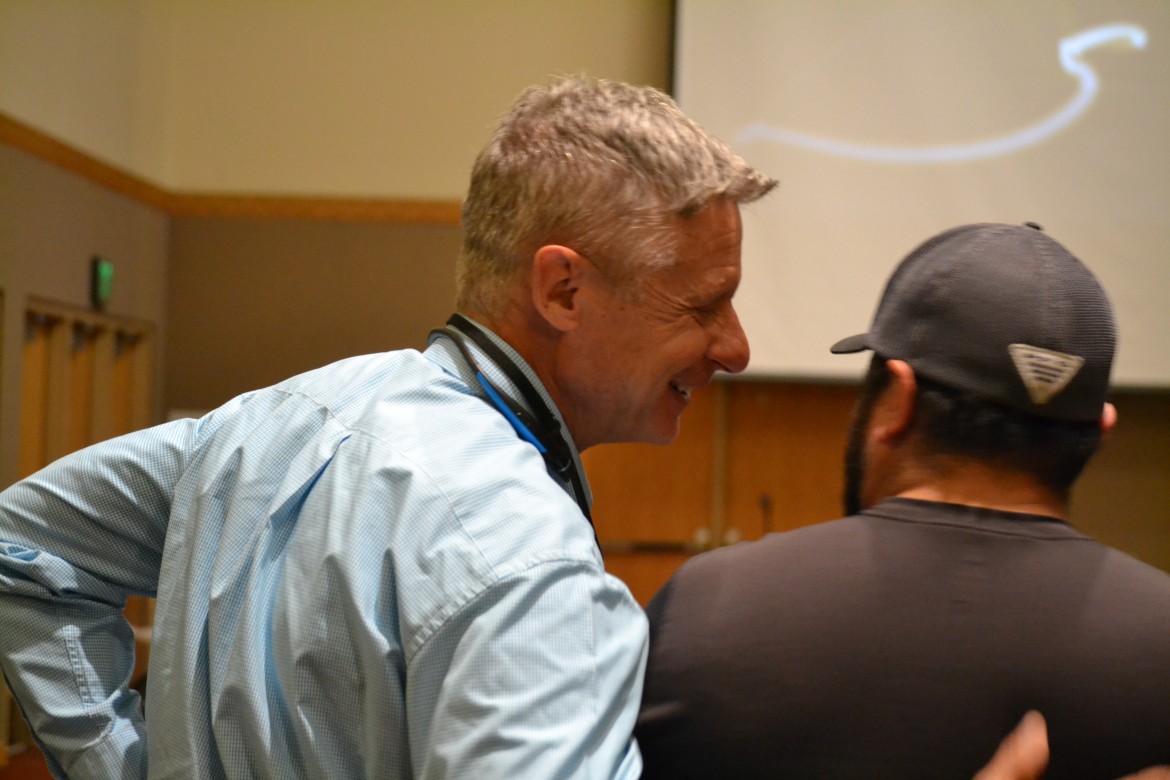 The Gary Johnson presidential campaign announced a rally originally scheduled for this week will be moved back to Saturday, August 20.

Johnson speaking to a supporter at a campaign rally at the University of New Mexico.

The campaign will announce a new location and time for the Albuquerque rally later.

The campaign of the Libertarian Party presidential nominee previously announced an Albuquerque rally for this Thursday.

“We want to be sure the event is done right and provides the greatest opportunity for Gov. Johnson’s supporters to attend, and we encountered some logistical challenges that made Thursday’s rally difficult,” campaign communications director Joe Hunter said in a statement. “By rescheduling to August 20, we will be able to insure that the venue and timing are better for the best event possible.”

The initially-scheduled rally was to take place at the Albuquerque Convention Center.

Related: How Gary Johnson went from ‘Governor No’ to third party icon

The two are looking to make large inroads for a third-party ticket, thanks in large part to the unpopularity of the two major party candidates, Democrat Hillary Clinton and Republican Donald Trump.

One was a former cabinet official under Johnson, Darren White. White resigned from his position as Department of Public Safety secretary when Johnson endorsed legalizing marijuana. White has since come around on that issue and is now part of a medical marijuana non-profit.

He also said he put the differences between himself and Johnson behind him.

White was a Republican candidate for Congress in 2008, losing to Martin Heinrich in an open-seat race. White also served as Bernalillo County Sheriff.

State Senator Lisa Torraco is the only elected official in New Mexico to publicly announce support for Johnson. Torraco, a Republican, announced this in a press release last week.