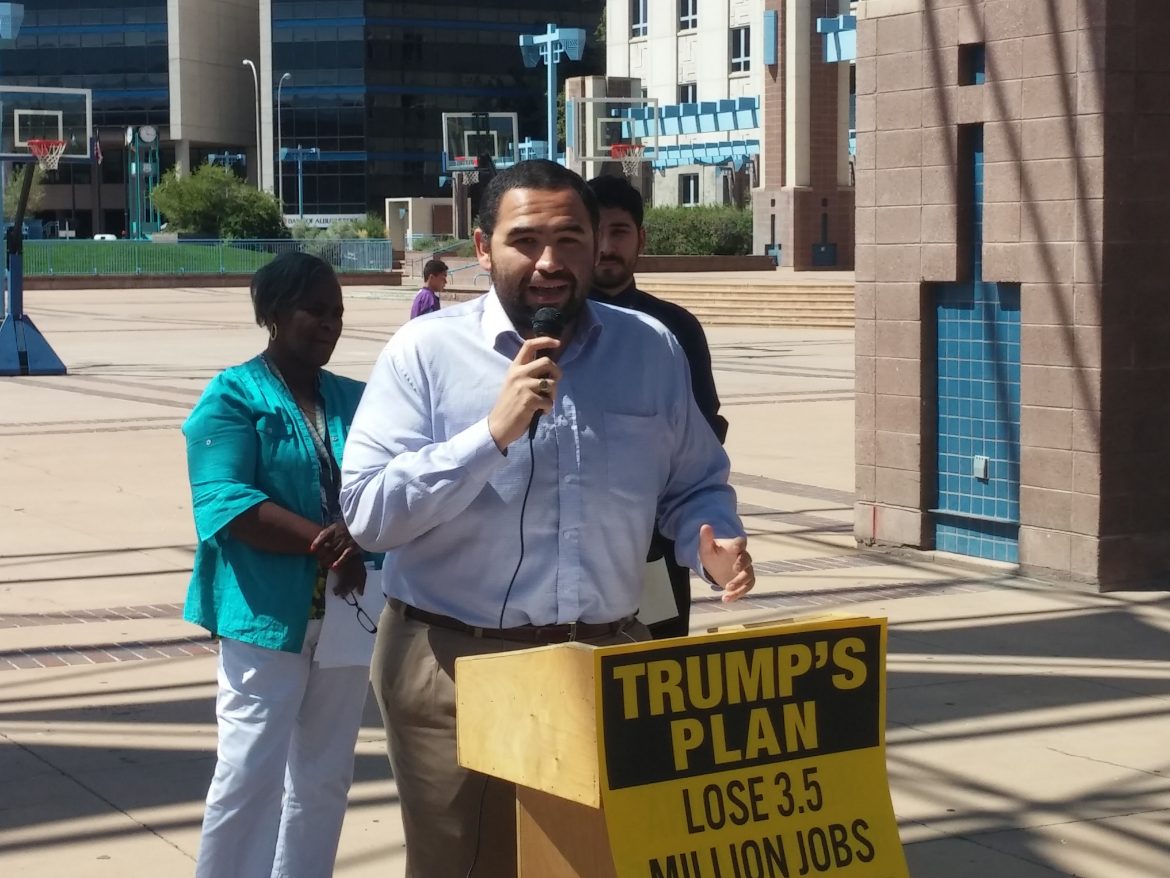 “His policies in Indiana have legalized hatred, have legalized discrimination, and at the end of the day those are the things that we do not accept in New Mexico,” Candelaria, who is openly gay, said. “That’s not who we are as a state.”

The religious freedom law drew national attention after critics bemoaned it for allowing businesses to legally discriminate against LGBT people on the basis of religion. Amid the backlash, Pence and legislators soon amended the law to add protections for “sexual orientation” and “gender identity.”

Candelaria and state Rep. Sheryl Williams Stapleton, D-Albuquerque, also took aim at the economic policies of Republican presidential nominee Donald Trump, whom Pence is running with on the ticket this November.

“As Pence comes to this state, he has come to promote a ticket that does not stand for working families,” Stapleton said.

Trump’s economic plan includes eliminating three personal income tax brackets and cutting taxes across the board, with the largest tax cuts aimed at the highest earners. The top tax bracket, under Trump’s plan, would drop from 39.6 percent to 33 percent.

That’s a reference to Mark Zandi, a registered Democrat who often sides with the Democratic Party on economic issues.

Zandi did advise McCain during his 2008 Republican run for president, but Republicans have downplayed his role that year. The Huffington Post recently quoted a former McCain aide dubbing Zandi’s as “one of these guys who was on a list on a call.”

Pence will land in Albuquerque Tuesday to attend a fundraiser, campaign at Sandia Casino and then travel to Roswell to campaign at New Mexico Military Institute.