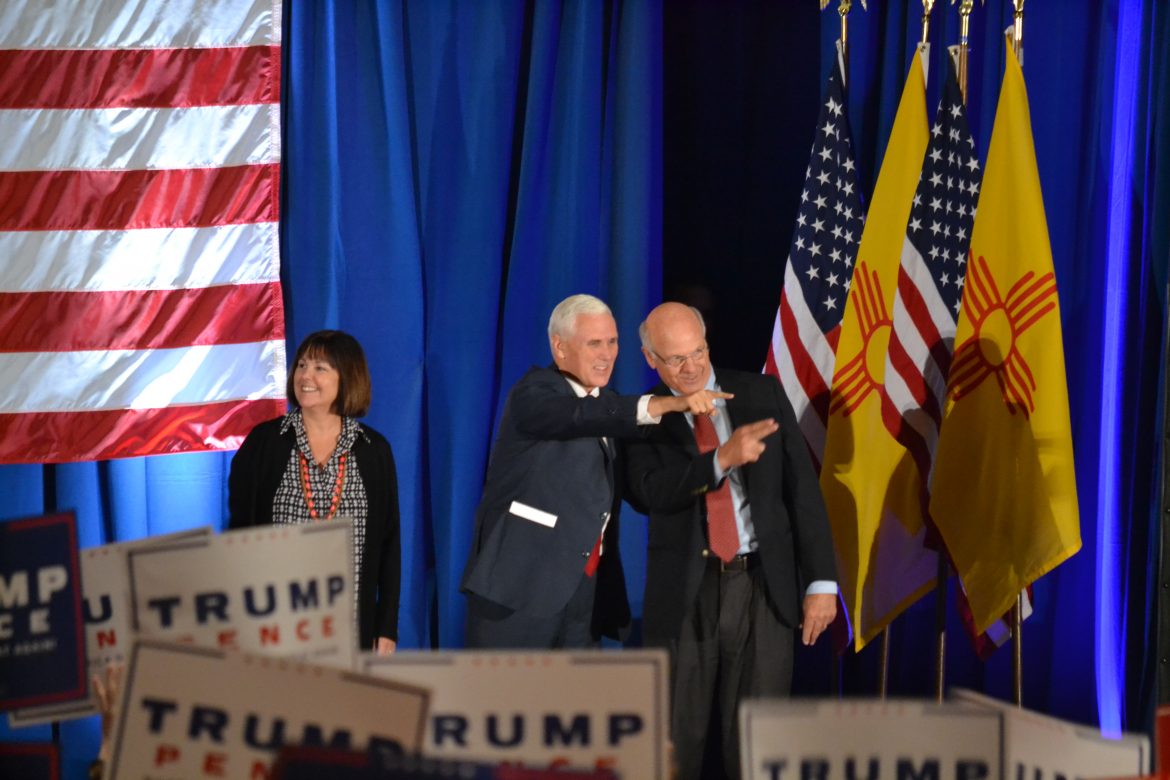 So did a few other local Republicans who spoke at the event, including Congressman Steve Pearce and State House Majority Whip Alonzo Baldonado, R-Los Lunas.

Pearce said he was won over during the Republican National Convention with a few “dramatic revelations of the character of Donald Trump.”

Among them was Trump’s “disarming and revealing” words about his evangelical Christian supporters.

“He said, ‘I’m getting support from the evangelicals and I’m not sure I deserve it,’” Pearce said. “That’s what I am looking for in politicians who will be transparent.”

Another moment of revelation?

Pearce said he was particularly impressed with how Trump didn’t pull the plug on U.S. Sen. Ted Cruz’s convention speech that didn’t mention or endorse Trump.

Trump’s decision came, Pearce said, despite pressure from his staff to crack down on Cruz.

“This is part of the honor in this man that will never be revealed by the media,” Pearce said. “But understand that it is there in his heart. So recognize that about our candidate as well.”

“You don’t get your name on the side of a billion-dollar building that reaches 90 stories in the sky by just twiddling your thumbs all day,” he said.

Baldonado also had words for the “naysayers” amid Trump’s lag in the polls.

“There’s going to be a lot of people spinning their heads the day after the election saying, ‘I didn’t really think that Mr. Trump could win it,’” he said.

It’s a theme that Pence himself pounced on when someone from the audience asked him about the bad poll numbers during the question-and-answer segment.

“There’s only one poll that matters, and it finishes on election day,” Pence said, echoing what candidates who are behind in the polls often say.

One of the key speakers at the event didn’t mention Trump’s name or the presidential race throughout her speech.

Instead, Republican Secretary of State candidate Nora Espinoza focused on her own upcoming election. Espinoza is also a state representative from Roswell, though she previously NM Political Report that that position is “behind me,” despite her term not ending until the end of the year.

Espinoza promoted herself as the only candidate for secretary of state “who supports voter ID.”

She accused supporters of her Democratic opponent Maggie Toulouse Oliver—particularly wealthy billionaire and boogeyman to Republicans George Soros—of conducting a scheme to use out-of-state voters to illegally vote in New Mexico and sway the election.

“Here is their plan,” Espinoza explained. “Drive, or carry everyone you can find to the polls, and have them vote, regardless of eligibility.”

Some conservatives often accuse Soros of such conspiracy theories.