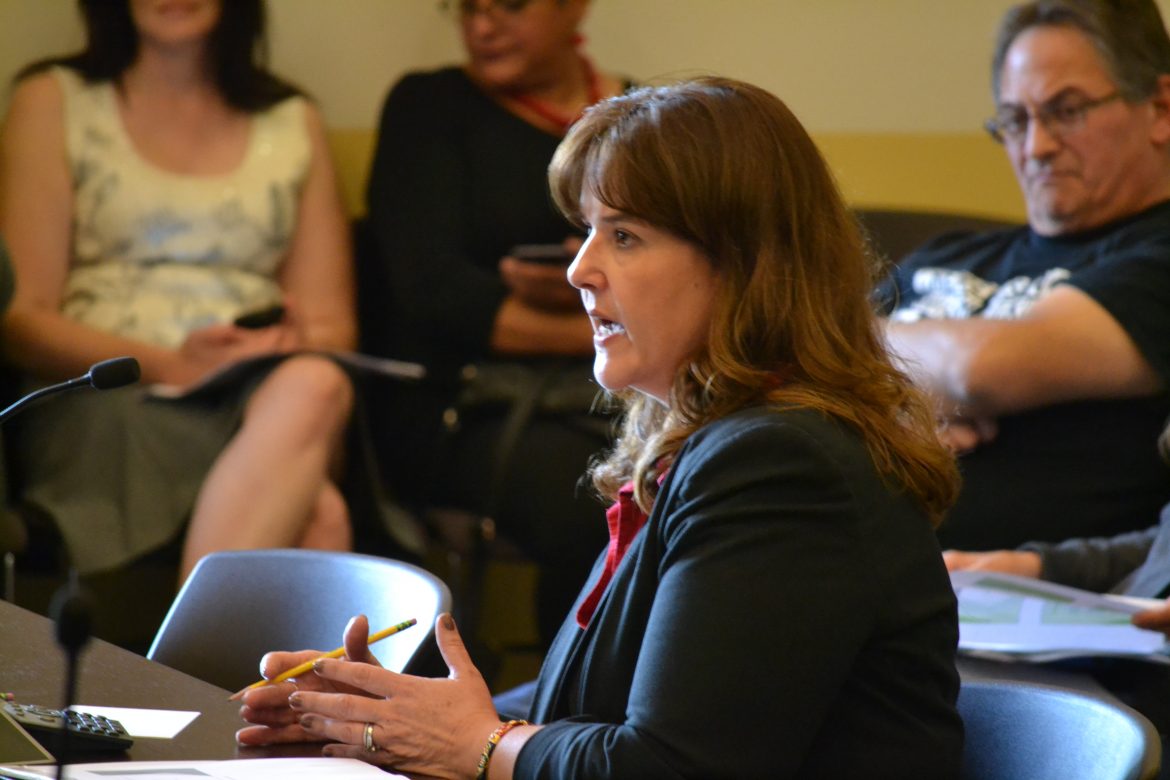 Gallagher defended the program, which has been under fire for long wait times for medical cannabis cards, and told legislators her department was making progress in improving the medical cannabis program by increasing plant limits and how much marijuana patients can possess.

“We’re not perfect but we are moving in a forward, positive direction,” Gallagher told lawmakers.

The entire committee meeting lasted more than five hours and only covered medical marijuana, but in the last hour, lawmakers asked pointed questions about the program and Gallagher’s plans for the future.

Besides announcing that the department was in the process of hiring more employees, Gallagher announced the new director of the medical cannabis program—former public information officer Kenny Vigil.

Sen. Craig Brandt, the only Republican member of the committee to attend the meeting, addressed the handful of patients in the audience.

“I feel your pain, literally,” the senator from Rio Rancho, who suffers from chronic pain, said. Brandt also addressed the fact that lines are blurred as to what is in state statute and what is department rule.

“I would really like a list of what is required by law and what is being required by rule,” Brandt told Gallagher.

Rep. Debbie Armstrong, D-Albuquerque, said a majority of the issues brought up during the meeting would not require legislation and could be changed internally within the DOH.

“Almost everything we’ve talked about today is in rule, not in statute,” Armstrong said.

Willie Ford, a medical cannabis producer, spoke to the panel and said while there is room for improvement from the department, he has a “very positive” relationship with DOH.

Still, Ford criticized the program and DOH for not including more stakeholders in business discussions.

“What’s missing right now is a very crucial component,” Ford said. “A committee that brings in experts from the field.”

Ultra Health CEO and President Duke Rodriguez presented the panel with figures that show there is a shortage of cannabis for the amount of patients in New Mexico.

Rodriguez told committee members of three things that are difficult to hide.

“The moon, the sun and the truth,” Rodriguez said.

Gallagher and the DOH came under fire from legislators earlier this month for not showing up to a meeting to discuss extended wait times for patient cannabis cards.

Gallagher addressed wait times last week by announcing that DOH extended certifications for expired cards. Some patients took an opportunity to criticize the department for the wait times and Gallagher personally for not staying to listen to patients’ concerns.

Gallagher and other DOH staffers, including Vigil, left the meeting before the public comment period.

Tulima Mauga, a medical cannabis patient, tearfully told lawmakers about her numerous conditions that are helped by treating with marijuana. She said she took issue with Gallagher leaving before she and other patients could air their concerns.

“Where’s the secretary that said she would be here to listen to me?” Mauga asked the committee members. “At least you’re here.”