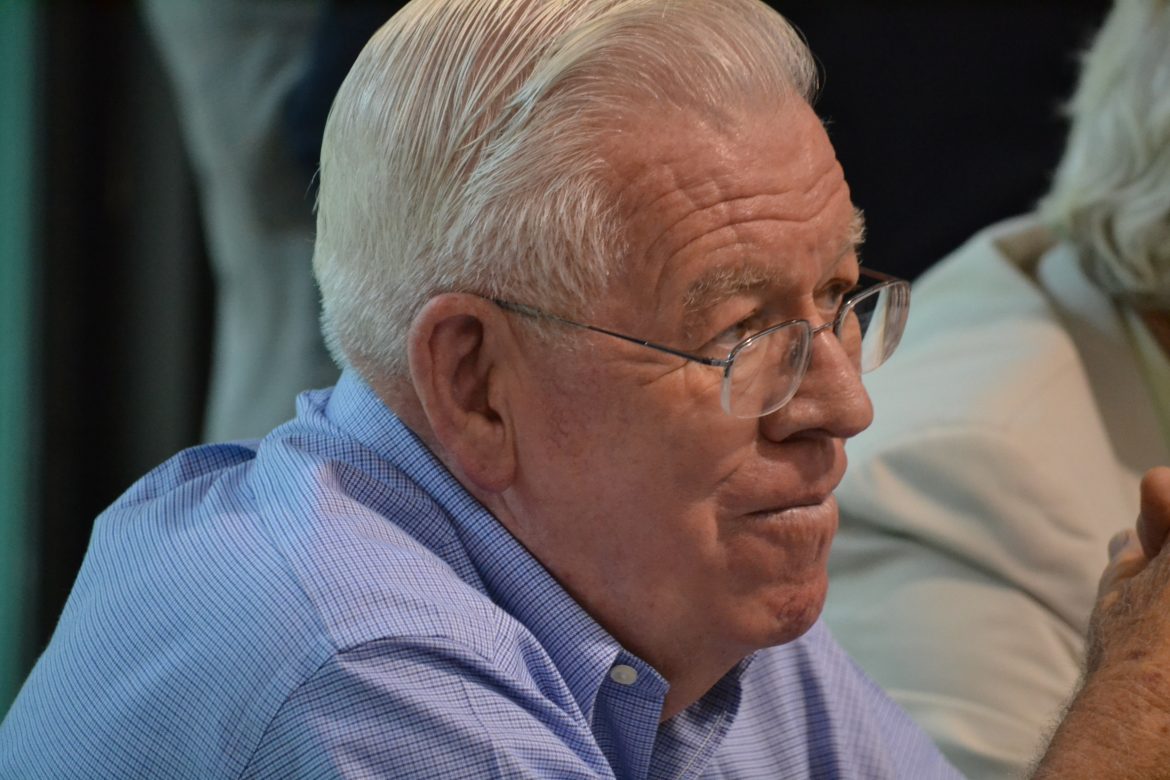 RED RIVER — The state is facing a big hole when it comes to the state budget, lawmakers were told at the latest meeting of the interim Legislative Finance Committee.

The projected $325 million deficit for the current year’s budget comes in part because state revenue projections from January were off by more than half a billion dollars. A larger-than-expected downturn in the oil and gas industry made a big part of the decline.

This year, the state House of Representatives passed a budget based on the January projections, but the state Senate drastically slashed that budget before sending it back to the House. But even the big cuts in the final budget for this year leave a lot to be done.

As for the last fiscal year, which ended June 30, state legislators must once again raid the tobacco settlement fund to get enough money to close the books. The deficit for the already concluded year is estimated to be $131 million.

New Mexico is required by its constitution to balance the budget each year.

Smith told NM Political Report they would be seeking to fill $430 million in next year’s budget; that amount of money is enough to fill the hole and leave the state with just 2 percent of the budget as reserves.

Smith prefers leaving 10 percent of the budget to reserves as a buffer against falling revenues, because the state relies so heavily on oil and gas revenue, which is inherently hard to predict.

“We’ve maintained a high reserve because of that volatility,” he said. “But we’ve smoked through it now.”

Gov. Susana Martinez recently directed state agencies under her administration to further cut spending by 5 percent, after many saw cuts in the most recent budget.

Department of Finance and Authority Secretary-designate Duffy Rodriguez told lawmakers that state agencies are still looking at how they will make cuts. She added that not all agencies will hit that 5 percent target while others may find more savings.

As for next year, the budget will likely see further cuts.

“Each agency by agency will be treated differently,” Rodriguez told legislators. She said cuts to services and Medicaid aren’t on the table for the administration, and neither are any classroom funds.

Still, some worried about the scope of cuts.

Rodriguez said the budgets have recovered since 2011 “and then some.”

“It’s not that those budgets didn’t increase all of those years,” she said. “They did increase.”

Morales said he didn’t think anyone representing departments would feel they’re at the same level as they were in 2008, before the recession.

One idea that Legislative Finance Committee Director David Abbey floated was “supersweeps,” or taking money from unspent capital outlay projects that are not moving forward to shore up the general fund.

Abbey said that the vast majority of projects would not be considered, and it would likely amount to less than $100 million. Both DFA and the LFC are looking at larger, older capital outlay projects that have shown no movement.

Over 90 percent of the projects are “not in jeopardy,” he said.

One fund with tens of millions of unspent dollars is LEDA, known as the  “closing fund” to pay businesses incentives to come to New Mexico. Republicans, including Martinez, have indicated this fund is off limits.

Senators voiced concerns over many parts of the budget and the budget process, including the higher amount of tax expenditures being paid out, declining tax revenues and losses of high-wage jobs.

But the main culprit that everything came back to over and over was the drop in oil and gas drilling and the resulting cascade of declining employment in the sector, which lead to drops in gross receipts taxes, personal income taxes and corporate income taxes.