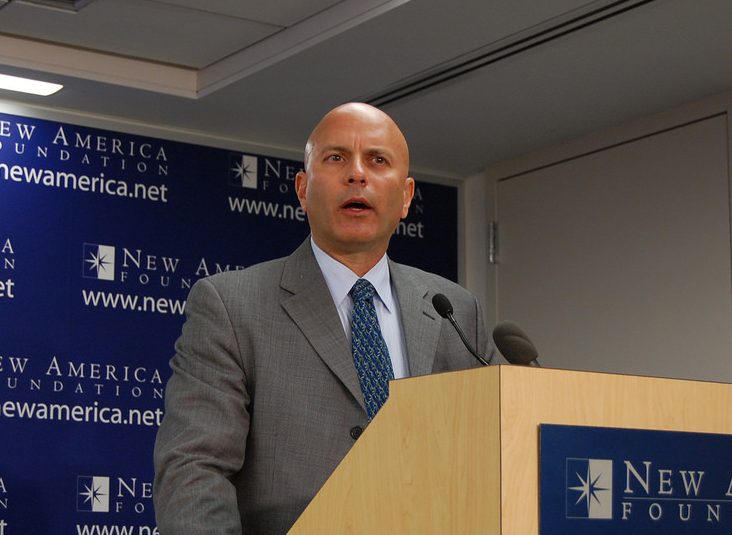 Tim Canova has been running as the more progressive option in the race against the incumbent, hoping to benefit from disgruntled Bernie Sanders supporters who feel the DNC under Wasserman-Schultz helped “rig” the Democratic presidential primary for Hillary Clinton.

Today is primary election day in Florida, and polls will close at 7:00 p.m. EDT.

The Daily Lobo, a student newspaper at UNM, spoke to Canova.

Canova said the experience of being a professor at UNM and elsewhere, and teaching a range of subjects related to public policy issues, has been great preparation for running for Congress.

“It has provided me with expertise and broad perspectives on many issues related to economic inequality, predatory finance, corporate-dominate trade agreements, the failed war on drugs and much more,” Canova said.

Canova also said the successes of some of his efforts at UNM strengthened his faith in the possibilities of citizen activism and political engagement.

This was the law that barred ex-felons from being able to vote.

The legislation made it through the Legislature and was a bill that then-Gov. Gary Johnson actually signed.

Canova spoke about this previously, including in an interview with The Intercept.

We got a grassroots movement that lit a fire underneath [Johnson]. We got Democrats in the state house, in the legislature, to pass legislation within two months, and Gary Johnson signed it. And that’s all it took, was two months of good organization and a lot of grassroots lobbying and New Mexico was no longer a felony disenfranchisement state.

Canova is currently a law and Public Finance professor at Nova Southeastern University in Florida.

In his current race, Canova received support from Bernie Sanders in the form of multiple fundraising appeals. However, Sanders hasn’t himself appeared in person to campaign for Canova and some wonder if the progressives who back Sanders have done enough to boost Canova.

Canova didn’t see the lack of a Sanders appearance as a detriment, according to NBC News.

“Bernie is not on the ballot, and I think coming here might have presented certain liabilities anyway, so it might be a blessing that he never came,” Canova told NBC News.

Still, the race appears close and there will be many eyes seeing if the former UNM professor can take down the definition of an establishment Democrat.

There are warning signs, however, NBC News noted Canova and supporters are hoping that non-typical voters will sway the race. And a recent poll by Florida Atlantic University for the South Florida Sun Sentinel found Wasserman-Schultz leading 50 percent to 40 percent.

The Daily Lobo story includes more biographical information about Canova and his time in New Mexico.