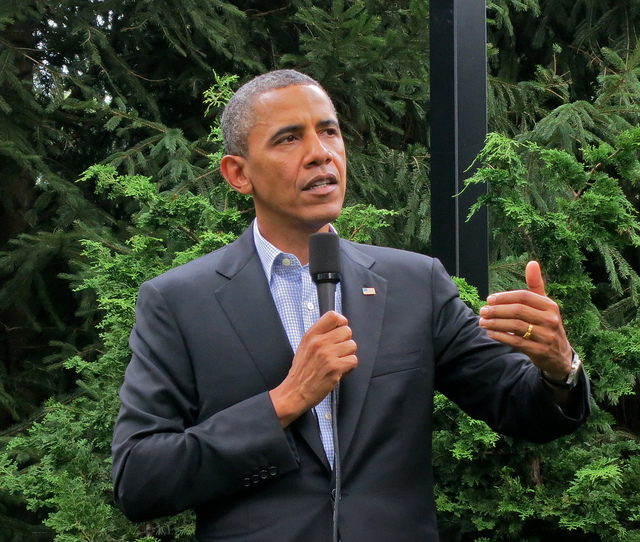 In his latest batch of commutations, Barack Obama commuted the sentence of someone with New Mexico ties arrested for a drug offense, the third time he’s done so in the last 13 months.

Obama announced the commutations of sentences to 111 individuals Monday, bringing his total to 673 commutations, more than the last 10 presidents combined.

This was Obama’s second big batch of commutations, largely for nonviolent drug offenses, this month.

Earlier this month, Obama commuted the sentence of Jose Carlos Arras Jr. of Albuquerque. Arras was convicted in 2002 of transporting more than 200 pounds of marijuana with the intent to sell. He was sentenced to more than 21 years in prison.

This week, Obama also announced he granted a commutation of the sentence of Randolph S. Gustave of Albuquerque. Gustave was convicted in 2001 to nearly 23 years in prison for “intent to distribute in excess of 1,000 kilograms of marijuana” in the Western District of Pennsylvania. His sentence will now end Nov. 1.

According to a Pittsburgh Post-Gazette article from the time of Gustave’s arrest, he was part of “a suspected drug ring” in 2000.

The Post-Gazette listed Gustave as being from Duquesne, Iowa, though the White House release said he is from Albuquerque.

Last year, Obama commuted the sentence of John M. Wyatt of Las Cruces. Like the others, he was originally sentenced to more than 20 years in prison for distribution of a large quantity of marijuana.

At that time, Obama noted if these drug crimes happened today, the sentences would be much shorter.

While Congress shortened the penalties for many of these nonviolent crimes, the changes were not retroactive.

Obama has granted more commutations than any other president, which can reduce sentences, but he has been more strict in issuing pardons, which eliminates a conviction and clears the convicted person’s record.

As of this month, Obama had pardoned just 70 of those who sought pardons, denying more than 1,600 others. The White House has not announced any new pardons since the Justice Department last publicly updated its numbers Aug. 12.

“While I expect that the President will continue to grant commutations through the end of this administration, the individualized nature of this relief highlights the need for bipartisan criminal justice reform legislation, including reforms that address excessive mandatory minimum sentences,” Eggleston wrote Monday in a blog post. “Only the passage of legislation can achieve the broader reforms needed to ensure our federal sentencing system operates more fairly and effectively in the service of public safety.”