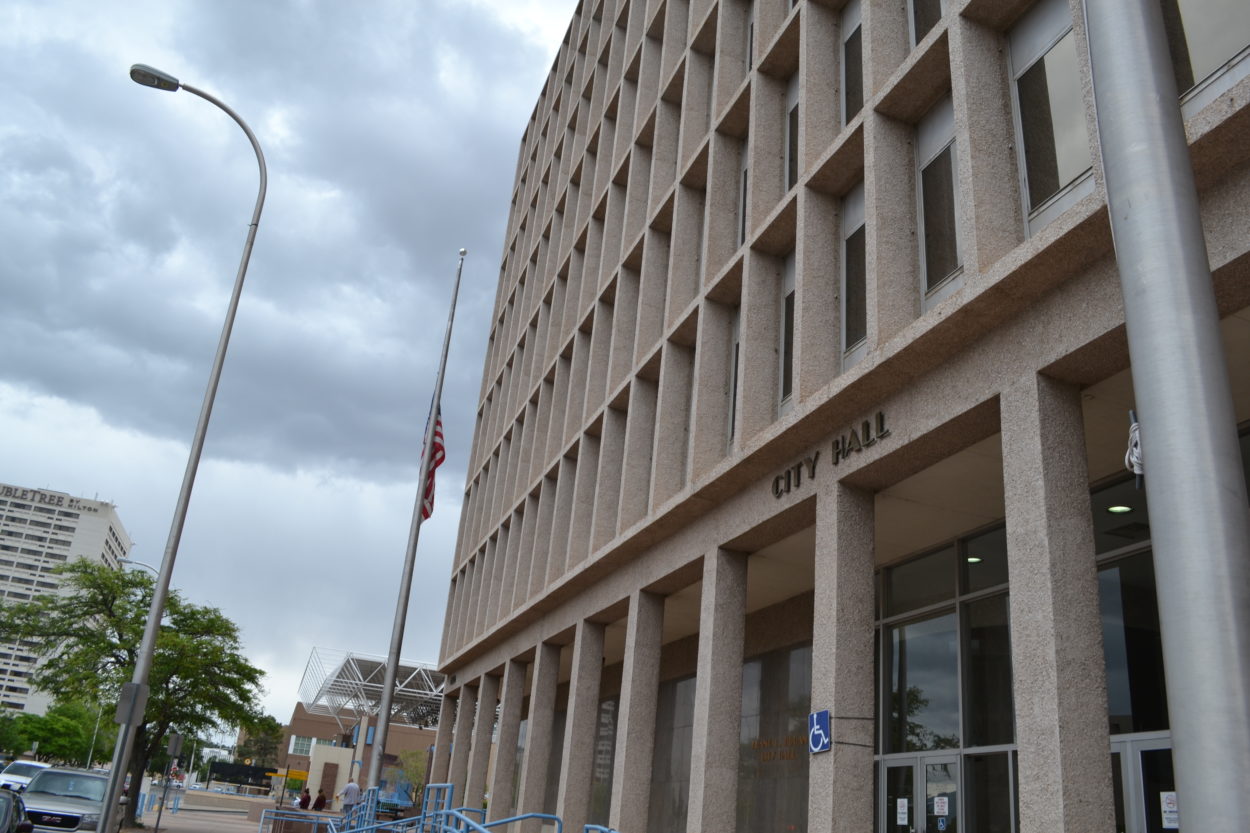 There is not an official candidate for mayor of Albuquerque in next year’s election. But that’s only because there is no way for a candidate to become official yet.

Deanna Archuleta, a former Bernalillo County Commissioner, announced earlier this year she intends to run for Mayor of Albuquerque in 2017. Since her announcement she has held at least one public fundraiser, but has not filed any campaign finance information—largely because there’s no place to do it yet.

The Albuquerque City Clerk’s office does not currently have any procedure in place for candidates starting their campaign early. As far as the clerk’s office is concerned, Archuleta is still not a candidate.

“She has not filed with us that she’s a candidate or running for mayor,” Assistant City Clerk Trina Gurule said.

In January, the clerk’s office will announce contribution limits and specific dates for campaign finance filing.

Still, Archuleta’s campaign website offers a place to donate to the campaign.

Archuleta’s acting campaign manager, Heather Brewer, said the campaign will report all funds raised and spent when the reporting period opens next spring.

“Everything is being done to the standards the city requires,” Brewer said.

At least one of those standards is a limit on how much money each contributor can give, which won’t be officially announced until next year. For now, Archuleta’s campaign is using contribution limits from the last mayoral election as a self-governed limit.

When asked if the campaign is prepared for the limit to be reduced from the last election, Brewer laughed and said, “We were told [by the city clerk’s office] that is not a likely scenario.”

Campaign contributions in city elections are limited to five percent of the salary linked to the office in question. In this case, current Albuquerque Mayor Richard Berry makes more than $107,000 a year, so mayoral candidate contributions would be limited to more than $5,300 per donor.

Brewer said limits are also not an issue because Archuleta has received relatively small donations so far.

“The support that Deanna is getting is not in $5,000 donations,” Brewer said.

Past efforts to fix the problem failed

One nonprofit group that pushes for cleaner elections said they tried to address candidates declaring their run early.

Common Cause New Mexico Executive Director Viki Harrison worked with a committee tasked with changing the Albuquerque city charter to accommodate early announcing candidates. Currently the city charter only specifies a candidate as someone who declares with the city clerk at a specified time. The proposed changes went from the special committee to the City Council. The changes were never enacted. Now, Harrison said, city election cycles start earlier each year and include more campaigning.

“What this shows is that our state laws, our local laws, these were all written before we had all these players in election,” Harrison said.

Harrison called on councilors to take another look at campaign rules in Albuquerque.

“This shows that we’ve got to overhaul the laws that regulate elections and money in elections,” Harrison said.

Brewer said Archuleta is still raising money for her campaign, but that her more immediate goal is to focus on other elections this November.

“Truth be told Deanna is busier now getting good folks elected in November than she is on a mayoral campaign,” Brewer said.