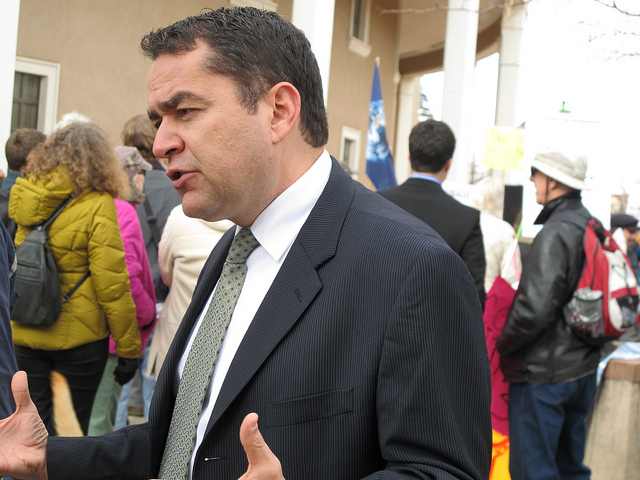 Eric Griego at the State Capitol in 2012.

The Working Families Party tapped a former State Senator and Albuquerque City Councilor to head the organization in New Mexico.

Eric Griego at the State Capitol in 2012.

The progressive group made the announcement just before Labor Day that Eric Griego is the group’s new state director.

“As an elected official and community leader, Eric had one of the strongest records in New Mexico of standing by working families even when others in both parties wavered,” SouthWest Organizing Project Executive Director Javier Benavidez said. Benavidez is also on the board of the state’s Working Families Party.

The Working Families Party is active in nine other states and the District of Columbia.