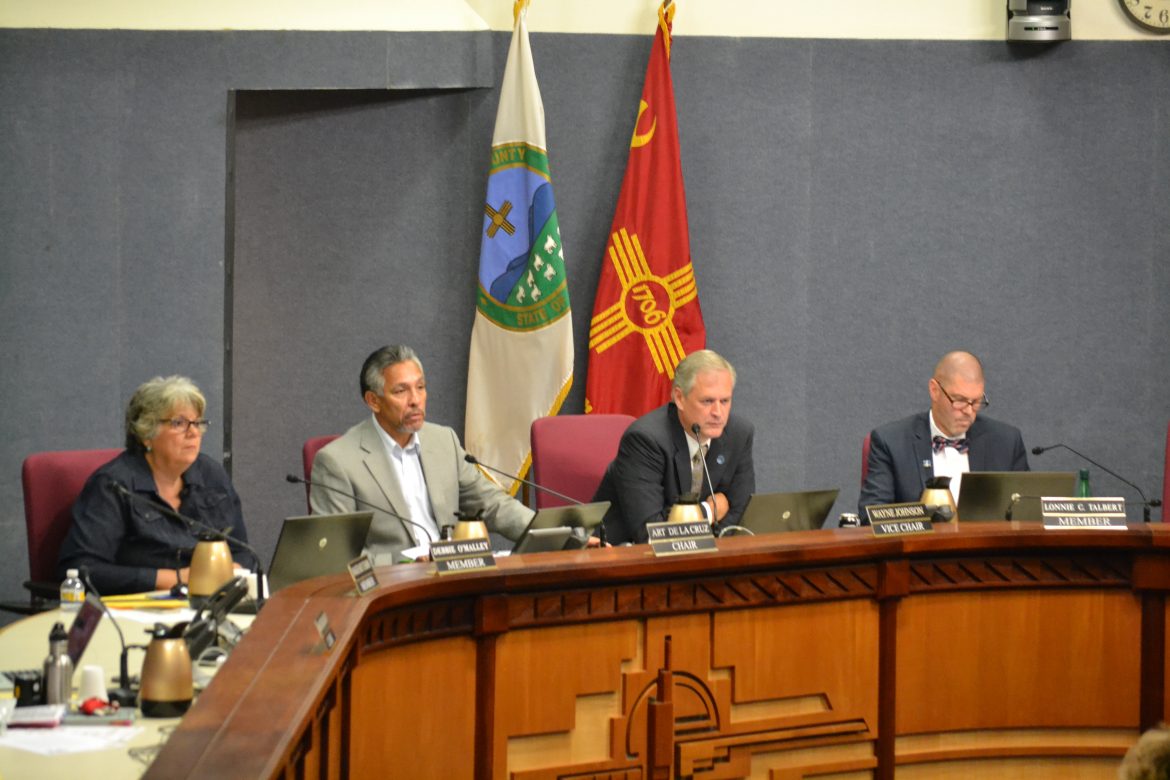 The Bernalillo County Commission voted down two city initiatives on Thursday afternoon that would have appeared on Albuquerque ballots in the upcoming general election.

Commissioners cited lengthy wording and ballot space as reasons to not include two questions previously approved for the ballot by the Albuquerque City Council.

See the full story on why the county commission rejected the proposals here.

Commission Chairman Art De La Cruz criticized the city council for not sending enough instructions to the county on how the questions would read on the ballot.

“This is a city matter first and foremost,” De La Cruz, a Democrat, said.

Johnson defended his vote against adding the initiatives to the ballot, saying there needs to be a clear process for the county and city to share ballot space.

“We don’t have a good system for moving these bills back and forth,” he argued.

The commission opted not to discuss either question during a previous meeting on Aug. 23, just days after the Albuquerque City Council voted to include both issues on the ballot in the upcoming general election. The commission is the final authority responsible for deciding what initiatives can fit on the general election ballot.

The sick leave initiative came from advocates who collected petition signatures and later went to the city council. While the council voted to send the sick leave initiative to city voters, it was still unclear whether the full proposal or a less lengthy summary of it would have to go on the ballot. Both Albuquerque’s city attorney and a lawyer on the council staff agreed that the ballot would need the full description of the initiative.

The city council approved the public campaign financing proposal earlier this year under much less controversy.