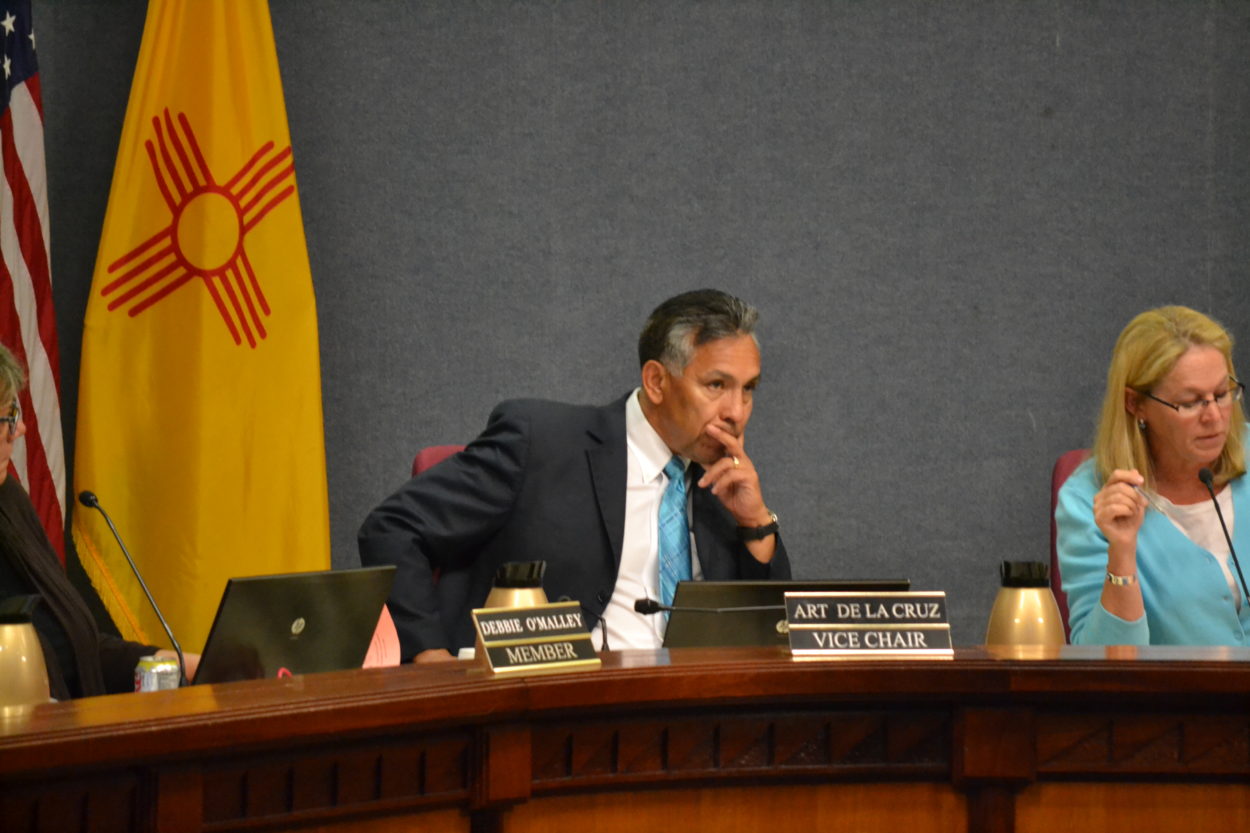 The Bernalillo County Commission’s Thursday decision to vote down two ballot initiatives was seemingly based less on space and more on ownership.

A majority of the commission spoke against adding two Albuquerque ballot initiatives, citing ballot space and saying the proposals should be on Albuquerque municipal ballots instead of county-managed ballots.

Commissioner Wayne Johnson said he wasn’t comfortable with carrying city proposals on the county-managed ballot without an explicit process.

“Until we have a process that is clear, it’s far smarter for us to just not place either items on the ballot,” Johnson said.

At issue were two initiatives city councilors wanted to go before Albuquerque voters. One would have increased public campaign funding for mayoral candidates who opt in. The other sought to require employers in Albuquerque to provide paid sick leave to their employees.

The county commission opted to not discuss the initiatives at a previous meeting last month after the Albuquerque City Council sent them to the body for final approval.

Commission Chairman Art De La Cruz previously told NM Political Report that he was waiting on the city council for more direction on how to proceed with the ballot questions. During Thursday’s meeting he repeated himself, constantly mentioning that he wanted more input from the city.

He said he never received guidance as to what font size was acceptable for the questions and whether the questions should be summarized or written in full.

“These questions have been out there for a long time,” De La Cruz said.

“She did opine that she has stated publicly that the initiative would require the full text,” Martinez said of Hernandez’s opinion on the matter.

Most commissioners spent much of the meeting focusing on ballot space. But just one of the two proposals presented a space issue.

The sick leave initiative, written in full, is seven pages long. The public campaign finance proposal, however, is much shorter.

County commissioners didn’t bring up any issues besides  room on the ballot until after a lengthy public commenting period. At that point, commissioners turned their attention to whether it’s appropriate for the county to carry city ballot initiatives.

Johnson categorized the city proposals as “kind of hitching a ride” on the county ballot.

Ultimately, the commission refused to approve either proposal for the general election ballot.

“The reality is those questions belong in their domain,” De La Cruz said.

“They made it about city and county inside baseball,” Griego said.

Griego added that the commission has previously approved city ballot initiatives without much protest.

Supporters of both proposals criticized the commission for not getting the issues to voters.

“The county’s actions are a blow to hard-working families who would like to earn time to care for themselves or their kids so they don’t have to work or go to school sick,” Adriann Barboa, an advocate of the sick leave proposal, said.

Proponents of the sick leave initiative gathered more than the required amount of signatures to qualify the proposal for city ballot access.

Common Cause New Mexico Legislative Director Heather Ferguson told NM Political Report she empathized with the commission on ballot space constraints, but argued that the public financing measure is needed before the 2017 city election, when the next mayor of Albuquerque will be elected.

“This is time-sensitive for the people of Albuquerque,” Ferguson said.

Former Republican state senator Kent Cravens spoke out against the sick leave initiative during the public comment period on behalf of the Greater Albuquerque Association of Realtors Association. Cravens called the proposal a “death nail” for job creation and innovation.

Besides bond and mill levy questions, the only local issue on the ballots in November will be a non-binding question, proposed by commissioner Debbie O’Malley, regarding the Albuquerque Rapid Transit project.