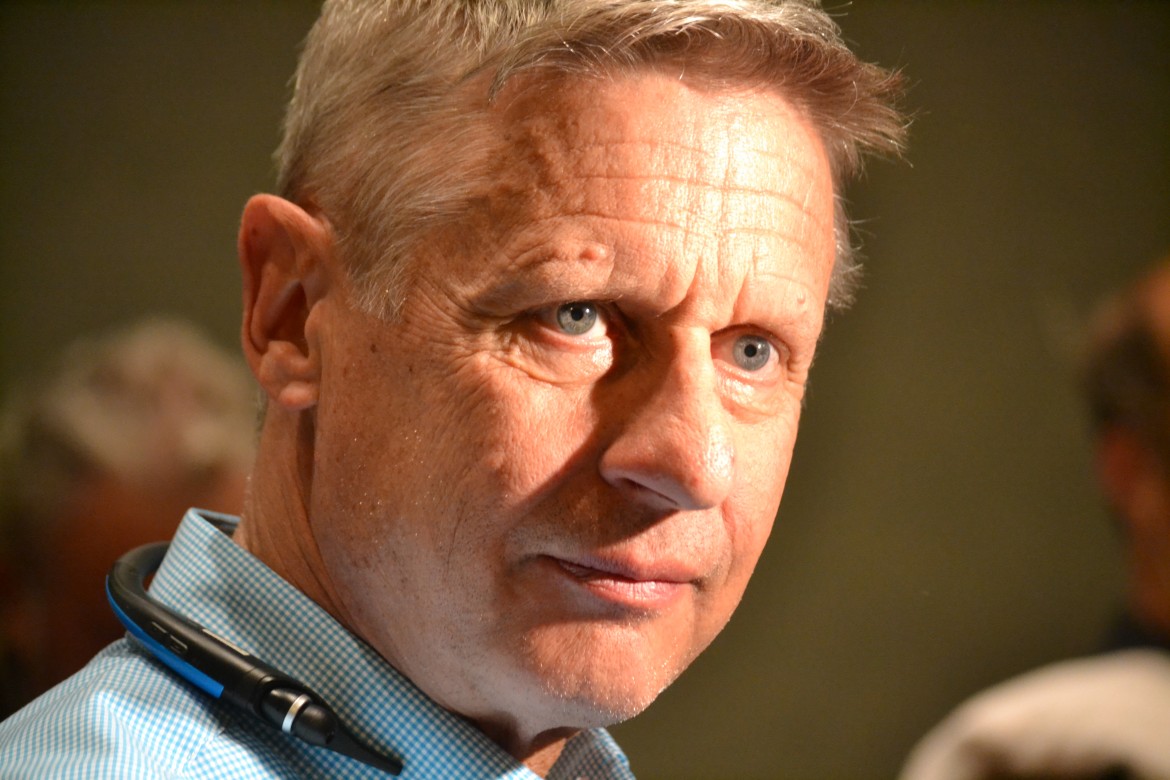 The Libertarian Party wants their presidential nominee to receive the national security briefings the two major party nominees have already received, but it appears the party’s nominee doesn’t qualify for those briefings.

The political party announced Thursday it filed a formal request with the General Services Administration to pave the way for briefings for Gary Johnson, the Libertarian PArty nominee.

Johnson, a former two-term governor of New Mexico, is running for president as a Libertarian for the second presidential election in a row. This time, the Libertarian Party feels that Johnson should be on the same level for these briefings as Democratic nominee Hillary Clinton and Republican nominee Donald Trump. At least when it comes to national security briefings.

The party cites a 1963 law—but a more recent law shows different standards for which candidates qualify. Johnson would not reach these standards.

A 2010 law called the Pre-Election Presidential Transition Act lays out the standards for a candidate who could get the security briefings.

This law includes language that says an “eligible candidate” must be part of a “major party.” The “major party” definition requires that the party must have received at least 25 percent of the support in the previous election (citing a 1986 law).

The Libertarian Party received less than one percent of the vote in 2012.

A 2015 change to the transition law does not change these eligibility requirements.

The Libertarian Party, however, cites language from an older law—the Presidential Transition Act of 1963. Even that law doesn’t appear to show Johnson would be eligible for the briefings.

The Libertarian Party says the 1963 law would show a party is eligible for security briefings if the candidate:

Johnson is currently not polling high enough in any state to win votes in the electoral college. His results in national opinion polls put Johnson in the high-single-digits to low-double-digits.

Johnson has said in the past his goal is to get to 15 percent in national polls, which would put him at the level needed to make it onstage for the presidential debates. So far, he has not polled at this level.

“Even the federal government is in the business of attempting to pre-select voters’ choices for President and Vice-President,” Johnson campaign manager Ron Nielson said in a statement. “Three tickets will be on the ballot in all 50 states and the District of Columbia, but only two are receiving taxpayer-funded national security briefings. That is just wrong, and we urge the GSA to provide the same information to Governor Johnson that is being given to Mr. Trump and Sec. Clinton.”

The Libertarian Party weighed in.

“The old party candidates have had access to security briefings for weeks now. Gary Johnson is a major party candidate, on every American’s ballot, and he needs access to the same information as his challengers so the American people can hear his take on a level playing field,” Libertarian National Committee Chair Nicholas Sarwark said. “I hope this was just an oversight on the part of the GSA, and this request will set things right in short order.”