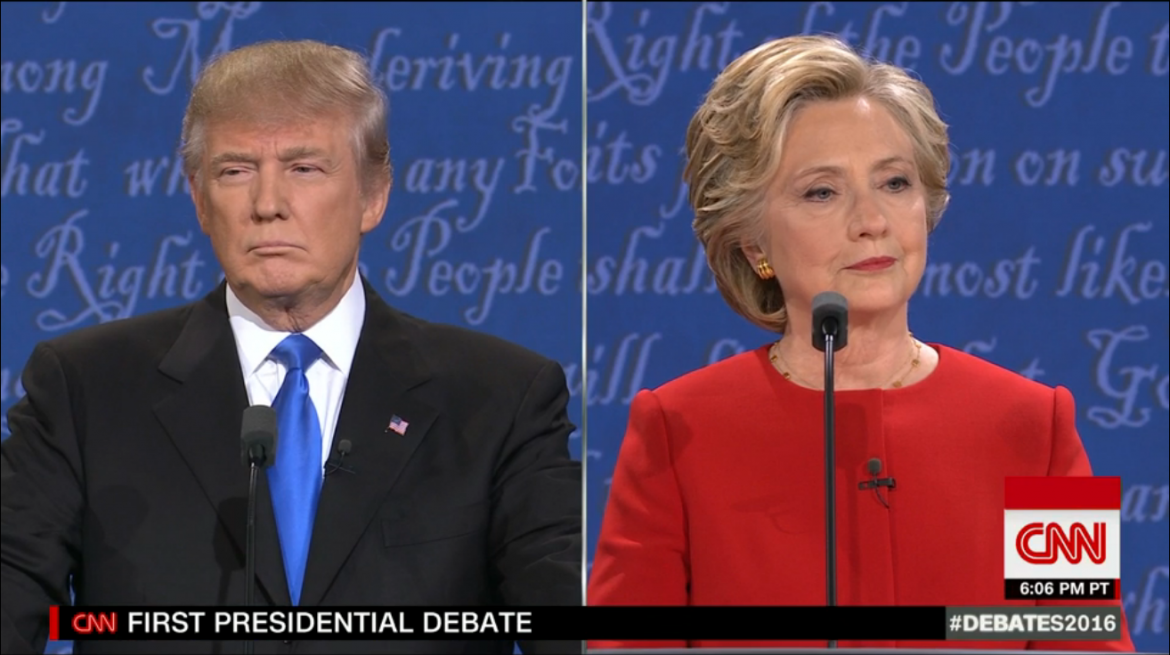 The first presidential debate of the general election is over after more than an hour and a half of sometimes heated back-and-forths between the two candidates.

In New Mexico, not surprisingly, both state parties said that their nominee was the winner of the debate, in press releases that came just minutes apart.

“In stark contrast, Donald Trump was unprepared, didn’t give any specifics, and once again showed that he doesn’t have the temperament to lead our country,” she continued. “This debate made the choice very clear, and I feel more confident than ever that New Mexicans will vote for Hillary Clinton this November. Simply put, I’m proud of our Democratic candidate for President.”

On the other side of the partisan divide, Republican Party of New Mexico chairwoman Debbie Maestas praised Trump’s performance.

“Donald Trump continually pointed out in the debate tonight that Hillary Clinton has had every opportunity in the past 30 years to support the policies that will improve the lives of everyone in America, and yet 30 years later still nothing has changed,” Maestas said. “This election is about which candidate can exhibit the strength and vision needed to make America great again and Donald Trump is that candidate.”

A CNN instant poll conducted immediately after the debate on Monday night found that among likely voters, 62 percent believed Clinton won the debate compared to 27 percent who believed Trump won the debate. CNN said in their story “the poll suggests the debate audience was a bit more Democratic than the public as a whole, about on par with the Democratic tilt in the audience that watched the first debate in 2008 between Obama and John McCain.”

A similar snap poll by Public Policy Polling, paid for by VoteVets Action Fund, also found that most believe Clinton won the debate, but by a smaller margin—51 percent to 40 percent. PPP polls for Democratic candidates and groups; VoteVets Action Fund has opposed Trump’s candidacy.